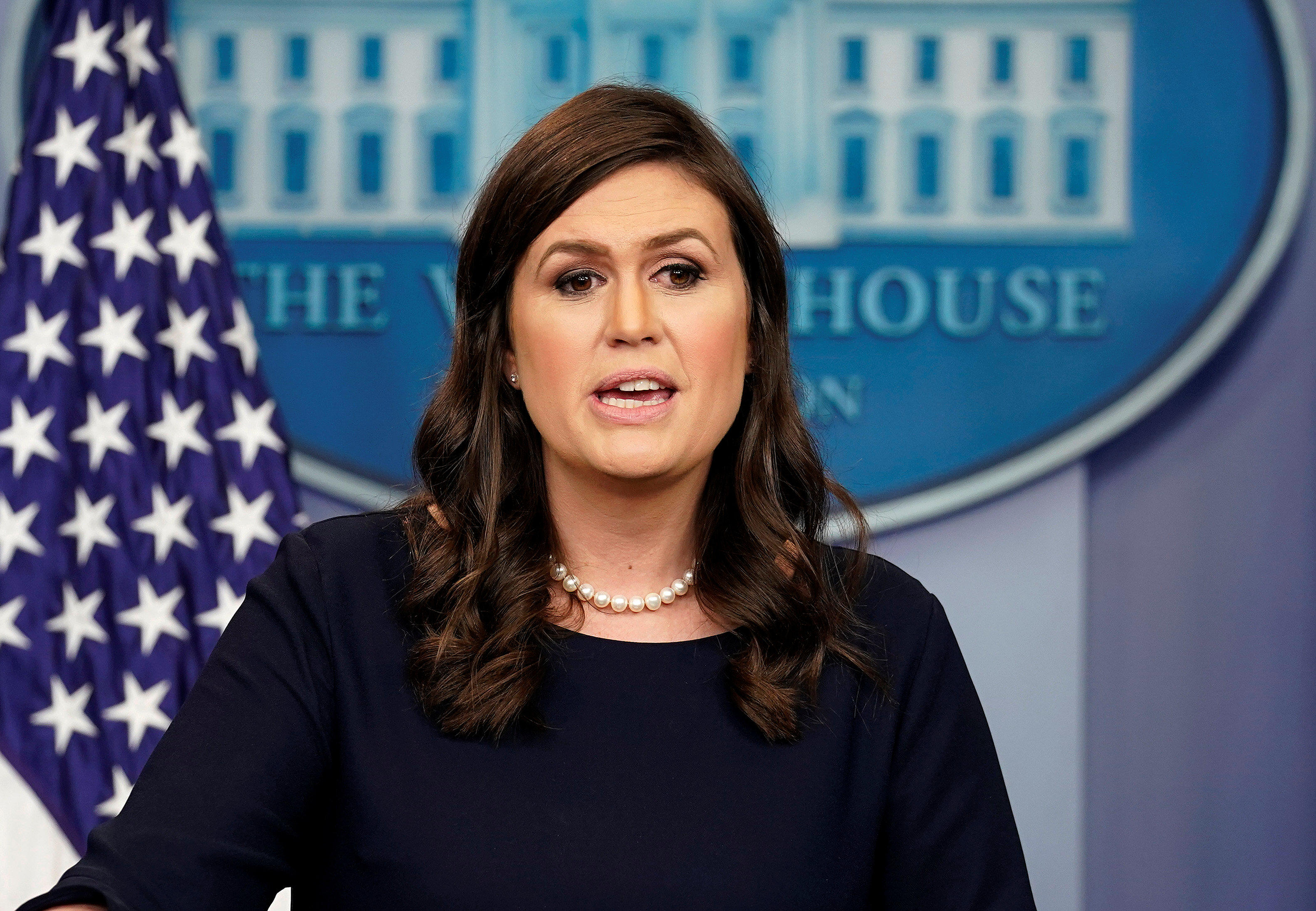 The calls of praise President Trump told the Wall Street Journal he received from the head of the Boy Scouts and from Mexico's president were actually in-person conversations at last month's G-20 summit in Germany and with individual Boy Scout leaders, incoming White House press secretary Sarah Huckabee Sanders was forced to admit Wednesday.

Mr. Trump said in a recent interview with the Wall Street Journal that the head of the Boy Scouts had called him to say his recent speech was the "greatest speech," and Mexico's president, Enrique Peña Nieto, called him and told him fewer people were crossing the border. Both the Boy Scouts of America and Mexico denied those claims. Sanders, asked about the disparate accounts in Wednesday's press briefing, said the president had the conversation with Peña Nieto at the G-20 in Hamburg, Germany, and the president's claims of a conversation with the head of the Boy Scouts were actually conversations he had with individual Boy Scout leadership members after his recent speech at their national jamboree in West Virginia.

"I wouldn't say it was a lie," Sanders said, asked if the president lied.

The Mexican Foreign Ministry did say that Peña Nieto "shared that repatriations of Mexican nationals from the United States had fallen 31 percent between January and June 2017 in comparison with the same timeframe in 2016."

Mr. Trump made the initial comment about alleged praise from the Boy Scouts after the Wall Street Journal mentioned the mixed reaction to his speech.

"We sincerely regret that politics were inserted into the Scouting program," Surbaugh's statement read.

But the president's statements on Mexico and the Boy Scouts weren't the only things his administration had to defend from the podium at the briefing Wednesday.

Sanders and Stephen Miller, senior adviser to the president for policy, went to bat for the president's support of legislation introduced earlier Wednesday to curb the number of legal immigrants admitted to the U.S.

Miller said Mr. Trump is keeping a "major promise to the American people" to push for "merit-based" immigration reform. Immigrants, Miller said, should be able to support themselves financially and know English, among other requirements. Miller and CNN senior White House correspondent Jim Acosta got into a heated exchange, with Acosta claiming Miller and the administration is going against the vision of immigration depicted by the Statue of Liberty.

"What you're proposing or what the president's proposing here does not sound like it's in keeping with American tradition when it comes to immigration," Acosta said.

Acosta quoted words engraved on the Statue of Liberty, which read, "Give me your tired, your poor, your huddled masses," asking if the president wants to change the definition of what it means to be an immigrant in the U.S.

Miller pushed back, saying those words were added "later," after the statute was erected, and went on to accuse Acosta of having a "cosmopolitan bias."