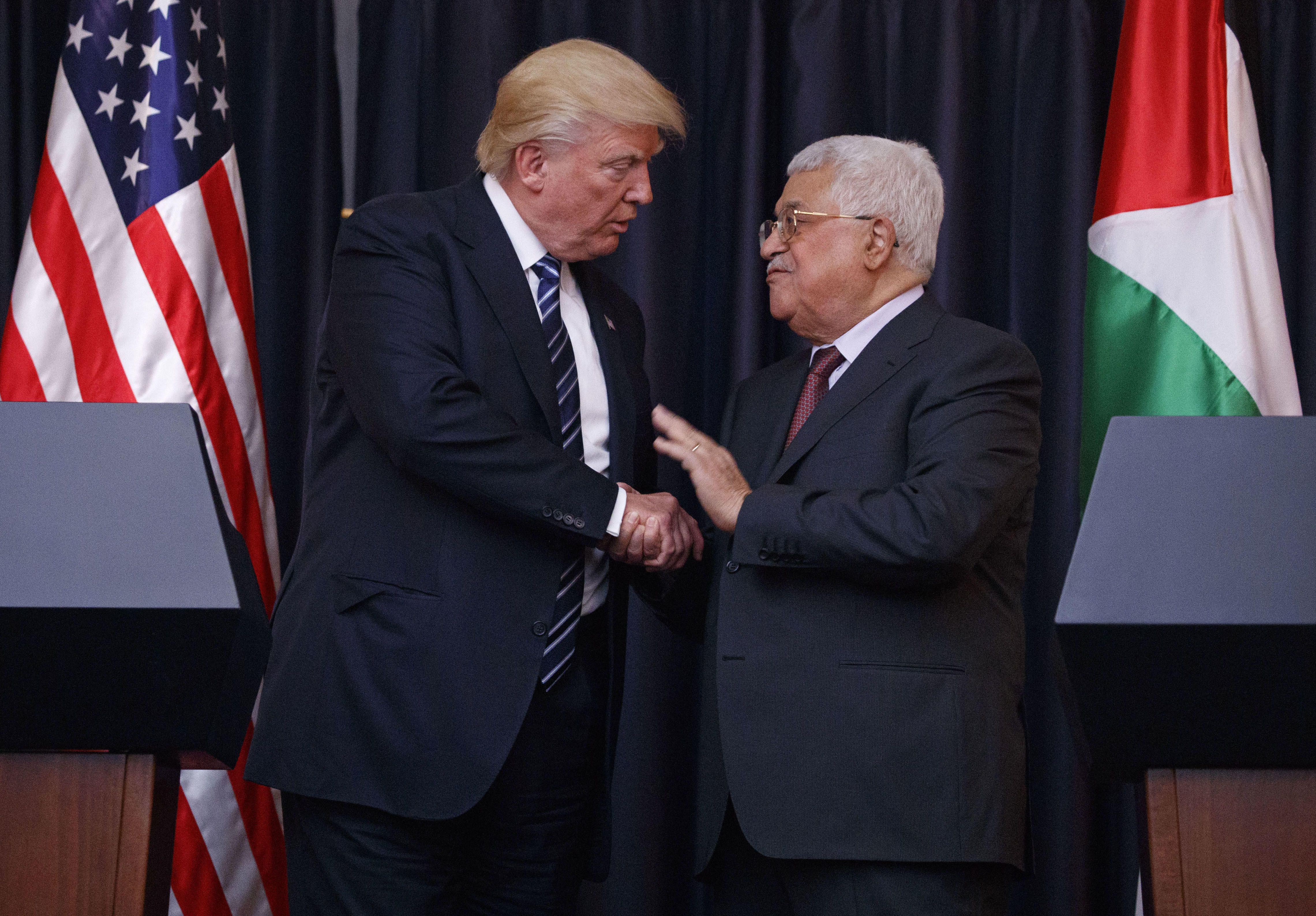 WASHINGTON -- The Trump administration has put the Palestinians on notice that it will shutter their office in Washington unless they've entered serious peace talks with Israel, U.S. officials said, potentially giving President Trump more leverage as he seeks an elusive Mideast peace deal.

The Palestinian foreign minister denounced the U.S. move as an attempt at "extortion," and on Saturday, Palestinians said they will suspend all communication with the Trump administration if that happens.

But the law leaves Mr. Trump a way out, so Tillerson's declaration doesn't necessarily mean the office will close.

Mr. Trump now has 90 days to consider whether the Palestinians are in "direct and meaningful negotiations with Israel." If Mr. Trump determines they are, the Palestinians can keep the office. The official said it was unclear whether the U.S. might close the office before the 90-day period expires, but said the mission remains open at least for now.

Even if the office closes, the U.S. said it wasn't cutting off relations with the Palestinians and was still focused on "a comprehensive peace agreement between the Israelis and the Palestinians." The State Department official said in an email that "this measure should in no way be seen as a signal that the U.S. is backing off those efforts." The official wasn't authorized to publicly discuss the developments and spoke on condition of anonymity.

The Palestinian foreign minister, Riad Malki, told Palestine Radio that the Palestinian leadership "will not accept any extortion or pressure." Malki said the Palestinians were waiting for further communication from the U.S. government. "The ball is now in the American court," he said.

The Israeli Embassy in Washington did not immediately respond to requests for comment.

Although the Israelis and Palestinians are not engaged in active, direct negotiations, Mr. Trump's administration has been working all year to broker a peace deal that would end the Israeli-Palestinian conflict. Led by Jared Kushner, Mr. Trump's son-in-law and a senior aide, White House officials have been preparing a peace proposal they intend to put forward at an unspecified time.

The Palestinians, though publicly supportive of the U.S. effort, have been skeptical because Mr. Trump's close ties to Israel suggest whatever deal he proposes might be unfavorable to them. The threat of losing their office in the U.S. capital could become another pressure point as the Trump administration seeks to persuade the Palestinians to come to the table.

The PLO is the group that formally represents all Palestinians. Although the U.S. does not recognize Palestinian statehood, the PLO maintains a "general delegation" office in Washington that facilitates Palestinian officials' interactions with the U.S. government.

Israel opposes any Palestinian membership in United Nations-related organizations until a peace deal has been reached.

The Trump administration has not revealed any details about its effort to bring about a peace deal that would ostensibly grant the Palestinians an independent state in exchange for an end to its conflict with the Israelis. But Kushner and other top Mr. Trump aides have been shuttling to the region to meet with Palestinians, Israelis and officials from neighboring Arab nations as it prepares to put forward a peace plan.

The requirement that the PLO office be closed if the Palestinians back an International Criminal Court move came in a little-noticed provision in U.S. law that says the United States can't allow the Palestinians to have a Washington office if they try to "influence a determination by the ICC to initiate a judicially authorized investigation, or to actively support such an investigation, that subjects Israeli nationals to an investigation for alleged crimes against Palestinians."

Abbas, the Palestinian leader, said in his speech at the U.N. General Assembly in September that the Palestinians had "called on the International Criminal Court to open an investigation and to prosecute Israeli officials for their involvement in settlement activities and aggressions against our people."

The U.S. law says that if the government determines the Palestinians have breached that requirement, it triggers a 90-day review period in which the president must decide whether to let the office stay open anyway. The president is allowed to waive the requirement only if he certifies to Congress "that the Palestinians have entered into direct and meaningful negotiations with Israel."

The provision doesn't explicitly define what would constitute direct or meaningful negotiations.