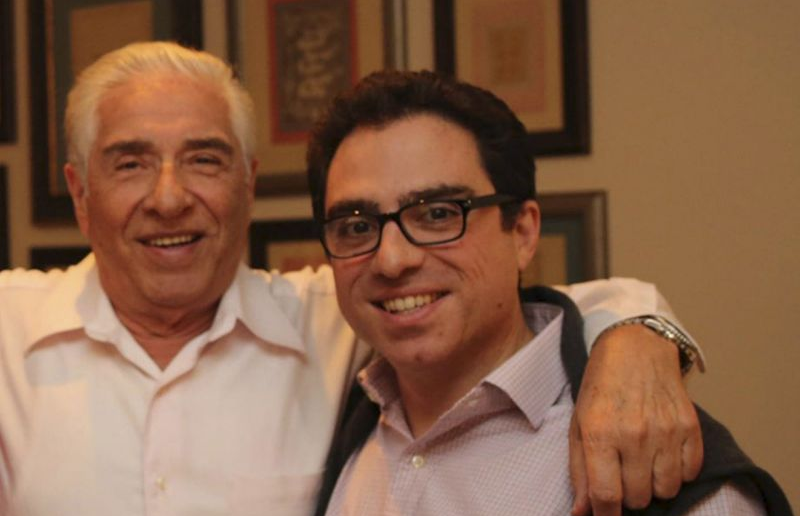 The Trump administration is increasingly concerned about the deteriorating health of Baquer Namazi, an 80-year-old U.S. citizen currently detained in Iran, and it strongly refuted Iranian claims that he was merely under house arrest.

"This is patently false and indicates that the Iranian foreign minister is either attempting to deceive or is so far out of touch with his own government's detention operations that he is ignorant of the Namazis' actual situation," the White House official said in a statement to CBS News.

During a CBS News interview on Tuesday, Iran's Foreign Minister Javad Zarif had said that Namazi was no longer at Evin Prison.

"He's not behind bars. But he is not free to leave the country," Zarif said, before stipulating that as the country's top diplomat, he does not have control over judicial decisions.

White House officials told CBS News that both Baquer and his son 46-year-old son Siamak remain at Evin Prison and face health problems. The two Iranian-Americans have been imprisoned for nearly two years on espionage-related charges.

"We believe the Namazis have received especially severe treatment in Evin Prison, probably due to their American citizenship," the official said.

Four Iranian-Americans were freed by Tehran during the Obama administration as part of a 2016 prisoner exchange that coincided with the implementation of the deal to freeze its nuclear program. Siamak Namazi was not among them.

An Obama administration official suggested that Zarif perhaps had not been informed on the details of the Namazi case, as they discovered he "never had control of that account." However, the former official said Zarif can be a "constructive partner."

"They're making a serious error if they don't have an open line to him," the official said.

The Trump White House has been particularly focused on bringing home Americans who have been imprisoned abroad. During the Obama administration, the Gulf nation of Oman had been helpful to U.S. diplomats and acting as a go-between to help seek the release of detained Americans. President Trump spoke by phone with the Sultan of Oman on Tuesday, and a readout provided by the White House made passing reference to a discussion about Iran but no mention of a request for help.

There are at least three Americans being held in Iran on what the State Department views as "baseless charges." This week, Princeton scholar Xiyue Wang was given a 10-year sentence for a national security -elated offense. White House officials have raised particular alarm in the case of Baquer Namazi due to his advanced age and ill health."

"In our view, this is a particularly serious situation in light of the Otto Warmbier example," the WH official said in a reference to the recent death of a University of Virginia college student following his imprisonment in North Korea.

Jared Genser, an attorney for the Namazis, said that Baquer Namazi's wife had been permitted to visit her husband at Evin prison just the day prior.

"Of course the Namazis would welcome a transfer to house arrest, given his serious health problems, but both he and his son Siamak should be immediately and unconditionally released," Genser said.

Later asked for clarification of the remarks, an Iranian government spokesman again said that Namazi was not behind bars.

Top American and Iranian officials will meet in Vienna on Thursday as part of the ongoing contact regarding the nuclear deal known as the JCPOA. The White House is still formulating its policy toward Iran, but President Trump reluctantly certified this week that Iran is living by the terms of the international nuclear deal that he has called flawed.