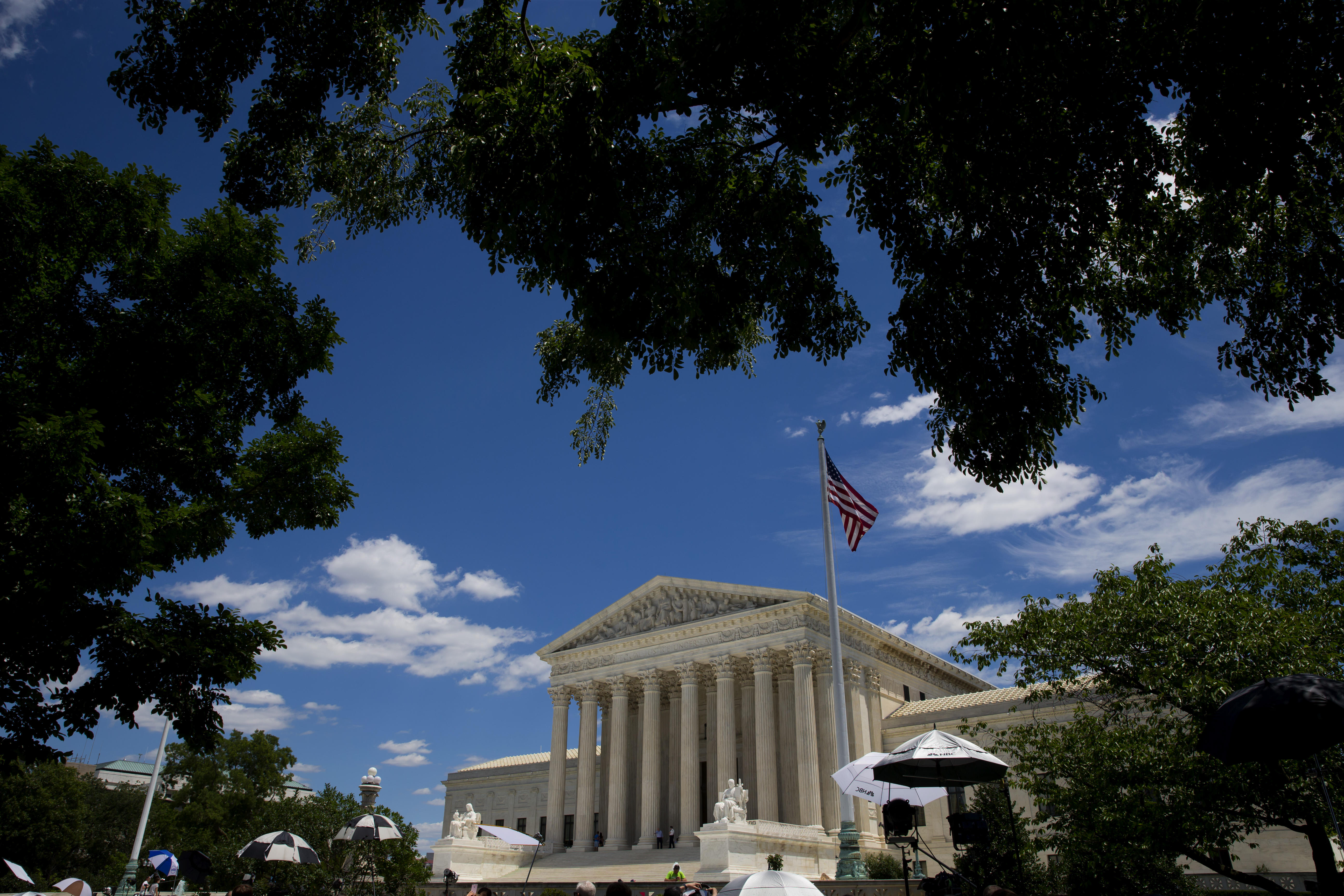 WASHINGTON — The Trump administration is back at the Supreme Court, asking the justices to continue to allow strict enforcement of a temporary ban on refugees from around the world.

The Justice Department's high court filing Monday follows an appeals court ruling last week that would allow refugees to enter the United States if a resettlement agency in the U.S. had agreed to take them in. The appellate ruling could take effect as soon as Tuesday and could apply to up to 24,000 refugees.

The administration is not challenging the part of the ruling that applies to a temporary ban on visitors from six mostly Muslim countries. The appeals court ruled that grandparents and cousins of people already in the U.S. can't be excluded from the country under the travel ban.

The Supreme Court already has weighed in twice on lower court rulings striking down or limiting the travel and refugee bans, though it has to rule on their validity.

In June, the high court said the administration could not enforce the bans against people who have a "bona fide" relationship with people or entities in the United States. The justices declined to define the required relationships more precisely.

In July, the justices issued an order that temporarily allowed strict enforcement of the exclusion of refugees. But the Supreme Court refused to go along with the administration's view that it could keep out grandparents, cousins and some other family members.

The high court is scheduled to hear arguments about the legality of the travel and refugee bans in October. By that point, the original 90-day travel ban will have lapsed and the 120-day refugee ban will have just a few weeks to run. The administration has yet to say whether it plans to renew the exclusions, expand them or make them permanent.

The administration told the court Monday said that changing the way it enforces the policy on refugees would allow "admission of refugees who have no connection to the United States independent of the refugee-admission process itself."