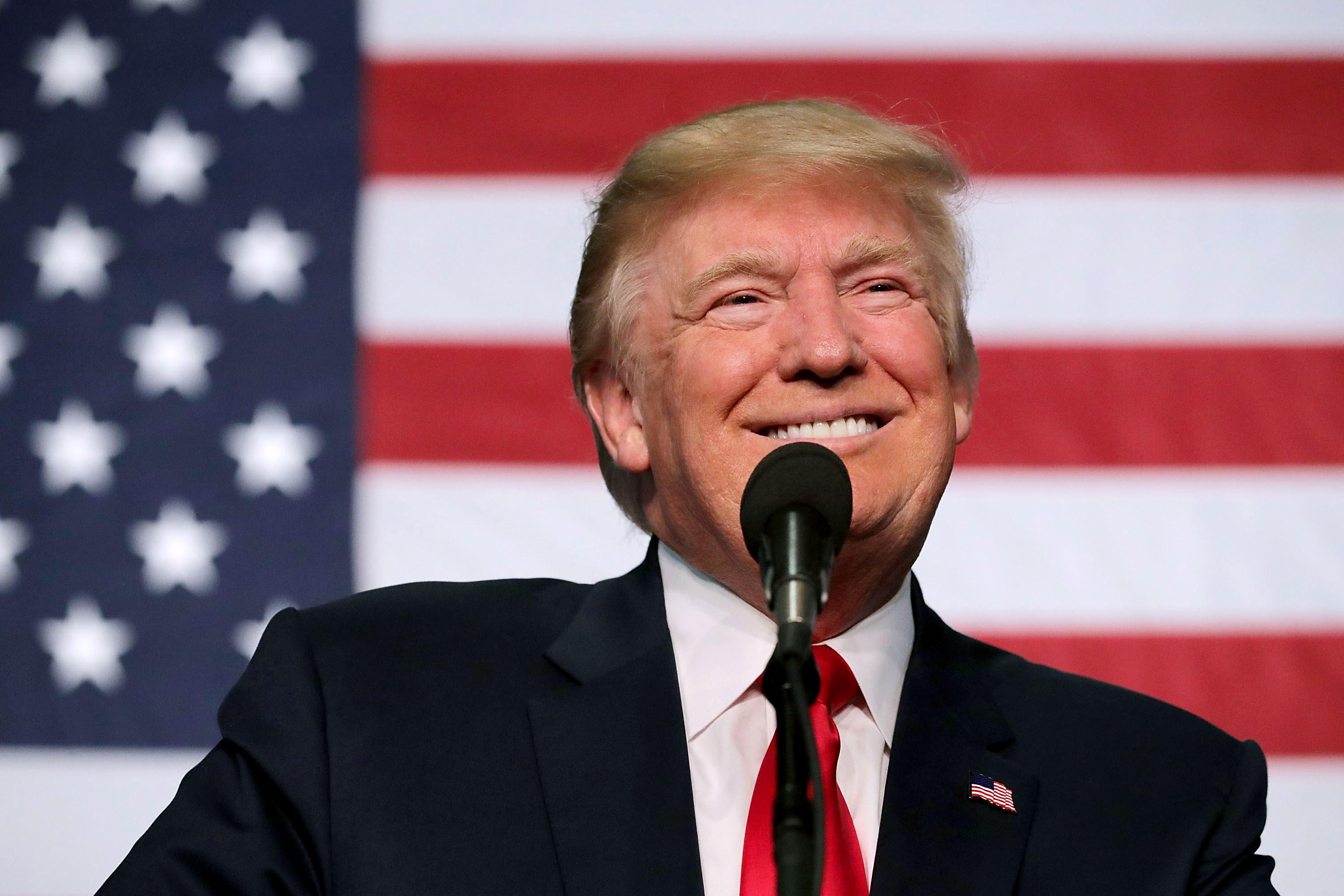 In his address to the National Boy Scout Jamboree, President Trump delivered a speech that strayed into partisan politics several times, which is unusual for the venue. Presidents who have addressed the venue going back 80 years, to Franklin Roosevelt avoided politics in their speeches, the Washington Post observed.

And at the beginning of the speech, it seemed as though Mr. Trump, too, would eschew a partisan message when he said to the 40,000 attendees in West Virginia that he would "put aside all of the policy fights in Washington, DC," because "who the hell wants to speak about politics when I'm in front of the Boy Scouts, right?"

But he went on to talk about the vote to "repeal and replace Obamacare," joking that he would fire Health and Human Service Secretary Tom Price if he is unable to get enough votes on a bill to repeal the Affordable Care Act.

"By the way, you're going to get the votes?" Mr. Trump said, turning to Price, who stood near him during the remarks. "He better get 'em. He better get 'em. Oh, he better. Otherwise I'll say, 'Tom, you're fired.' I'll get somebody."

He complained about the "swamp" of Washington.  "I go to Washington and I see all these politicians, and I see the swamp," he told the scouts. "And it's not a good place.  In fact today I said we ought to change it from the word swamp to the word cesspool or, perhaps, to the word sewer.  But it's not good.  Not good."

And he swiped at the media, which he predicted would say his crowd at the Jamboree was smaller than it was.

Since 1910, each sitting U.S. president has been the honorary president of the Boy Scouts of America. Mr. Trump is the eighth president to attend the national event, which is typically held every four years.

The last president to address the scouts attending the Jamboree was George W. Bush in 2005. Prior to this, both former presidents Bill Clinton and George H.W. Bush did as well.

"By the way, just a question," Mr. Trump asked. "Did President Obama ever come to a Jamboree?"

President Obama did not attend the summit, citing his opposition to the Boy Scouts' policy barring homosexual scouts and scoutmasters, although he did not step down from his position as honorary president of the organization.

In response to concerns being raised in some circles that the speech was too political, the Boy Scouts of America issued a statement saying, "The Boy Scouts of America is wholly non-partisan and does not promote any one position, product, service, political candidate or philosophy. The invitation for the sitting U.S. President to visit the National Jamboree is a long-standing tradition and is in no way an endorsement of any political party or specific policies.

"The sitting U.S. President serves as the BSA's honorary president.  It is our long-standing custom to invite the U.S. President to the National Jamboree."

Secretary of the Interior Ryan Zinke accompanied Mr. Trump to the Jamboree, along with Secretary of Energy Rick Perry, tweeting out Monday night "Duty to god and country. Just a couple Boy Scouts in #WestVirginia for the jamboree w/ @POTUS today. @SecretaryPerry"

Secretary of State Rex Tillerson, who served as president of the Boy Scouts of America from 2010 to 2012 and earned the rank of Distinguished Eagle Scout, addressed the scouts on Friday.

"I know of no other organization in the world that teaches values-based servant leadership except the Boy Scouts of America," Tillerson said, according to Scouting Magazine. "It's where I learned mine."