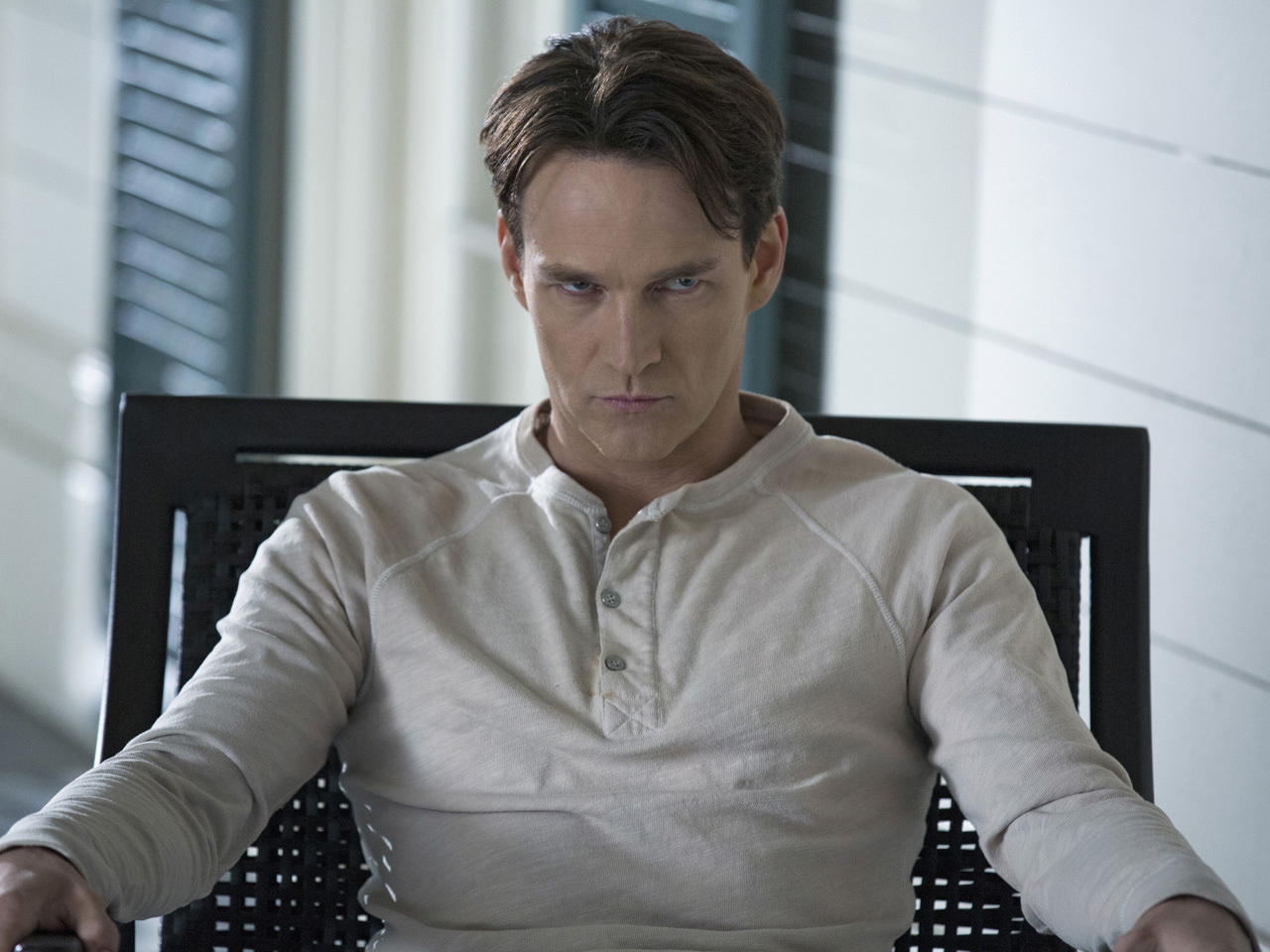 "True Blood" is flowing once again, kicking off its sixth season right where we left off -- with Bill apparently reborn as "Billith" after drinking the blood of the vampire god Lilith.

A lot of things happened in Sunday's episode, but let's focus first on Bill/Billith:

Having witnessed Bill's resurrection, Sookie and Eric flee and meet up with Pam, Tara, Jessica, Jason and Nora. They get to safety just in time -- the Vampire Authority's headquarters explode.

So, what exactly is Bill/Billith? Nora says there's nothing in the vampire bible about resurrection, so she has no idea what he is. But she does know something about Warlow (the vampire who killed Sookie and Jason's parents) -- he's Lilith's progeny and one of the first vampires in existence.

Bill summons Jessica, causing her tremendous pain as she resists. Sookie decides to take her to him, and Eric and Nora join them. When they get to Bill's old mansion, he's sitting outside -- clothed now, not covered in blood -- almost like his old self. Except that when Sookie stakes him to protect Eric, he pulls it out like it's nothing. He tells them he is Bill Compton, but also something more. He tells Jessica he doesn't know what new powers he has or what they can do, and she agrees to stay and keep him honest. The episode ends with three more Lilith-looking beings appearing in Bill's office, then flying into him.

-Luna dies, after getting Sam to promise he'll keep her daughter Emma safe.

-Alcide becomes the new official master of his wolf pack.

-We're introduced to Louisiana's Gov. Truman Burell, who institutes a curfew for vampires, promises to shut down vampire-owned businesses (including Pam's Fangtasia) and encourages humans to stock up on weapons to defend themselves. Later, he meets the woman behind the Tru Blood corporation and offers her a new facility until her own plants (bombed last season) are functional again, reasoning that once more Tru Blood is on the market vampires can start becoming law-abiding, tax-paying, non-human-biting members of society again, and bring more revenue to the state, which he needs if he wants to get reelected. They have a deal.

-Jason, now a major vampire hater thanks to this revelation about his parents' death, tells Sookie she's dead to him and goes off on his own. He hitches a ride back to Bon Temps with a stranger who gets Jason to open up about his family and what's happened recently. When Sookie comes up, the mysterious man says Jason doesn't stand a chance at keeping her away from Warlow -- and Jason realizes this stranger isn't a stranger at all. But who is he? He evaporates before we can find out more.

-Andy Bellfleur and his faery progeny injected some comic relief into the episode. Apparently, these kids grow much faster than human children, morphing into toddlers overnight.

-Sookie, meanwhile, returns home after the confrontation with Billith and tells Eric she wants to try and resume a normal life, which includes rescinding his invitation to her home. That night, the contract sitting by her bedside -- the one promising her to Warlow -- begins to glow.

Tell us: What did you think of the "True Blood" season premiere?