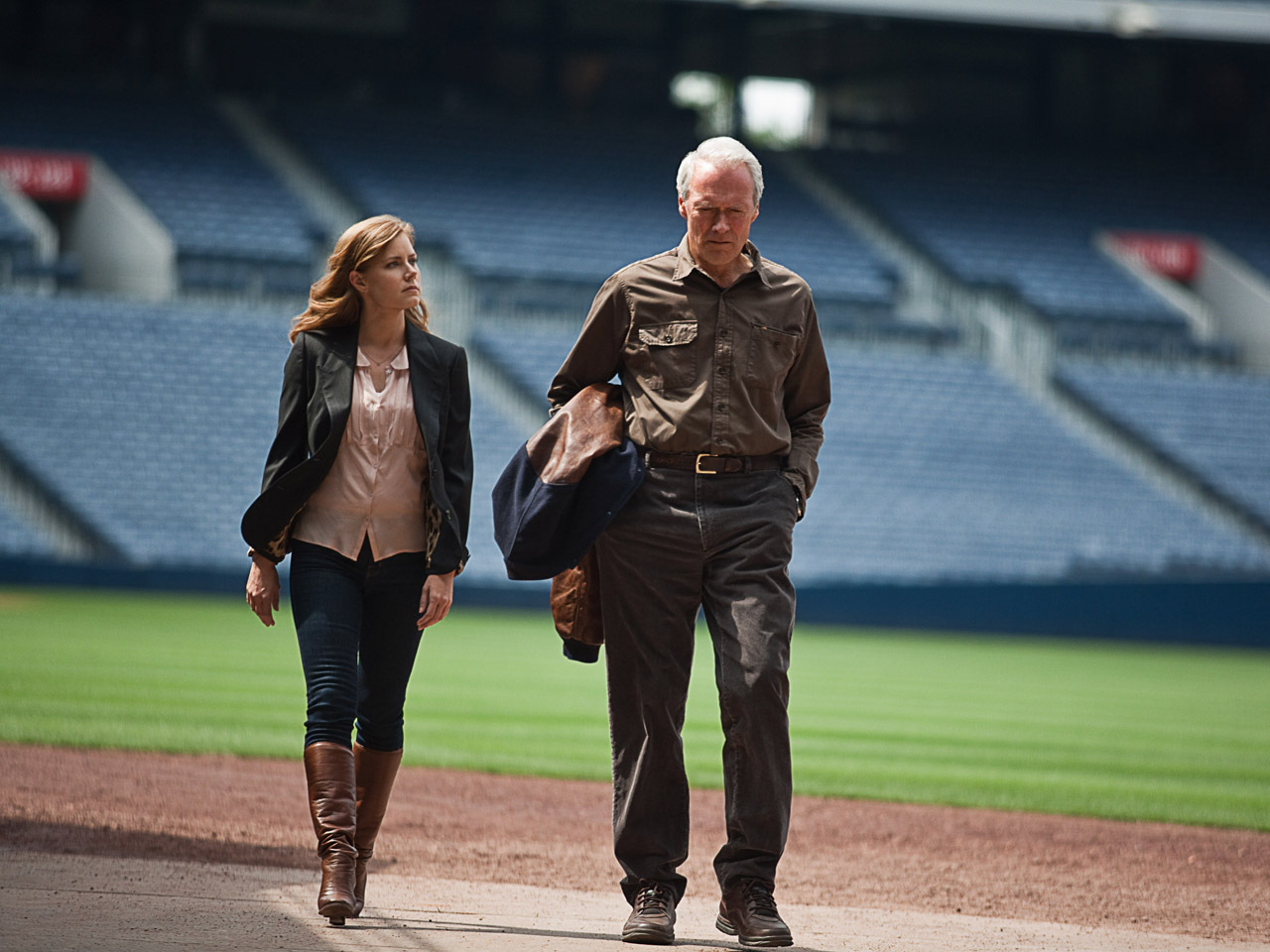 (CBS News) "Trouble with the Curve," the new film that stars Clint Eastwood, Amy Adams and Justin Timberlake, is now out in theaters and reviewers can't seem to agree whether the movie struck out or hammered in a home run.

"Trouble with the Curve" follows Eastwood as Gus Lobel, an aging scout for the Atlanta Braves. When the team starts to question his judgment, his daughter Mickey, played by Amy Adams, steps in to help save her father's career against his will.

Review aggregator site Rotten Tomatoes gave the film a 53 percent rating. Here's what the critics had to say:

A.O. Scott of The New York Times: "The pat and occasionally preposterous story is really just a pretext, a serviceable scaffolding for a handful of expert, satisfying performances. A gaggle of first-rate character actors trails Mr. Eastwood from Turner Field in Atlanta to the rural bars and ballparks, and the star knows how to step aside and let them work."

Ann Hornaday of The Washington Post: "By the time 'Trouble With the Curve' reaches its dramatic -- and manipulatively contrived -- third-act reveal, it resembles the kind of bland, pictures-of-people talking that all too often pass for movies these days. 'Trouble With the Curve' presents viewers with a frustrating change-up: What promised to be a modest, refreshingly unforced little comedy turns out to be low energy to a fault."

Claudia Puig of USA Today: "As a filmmaker, Eastwood is a national treasure. But in his first acting role in four years, the 82-year-old seems to be going through the cantankerous motions."

Kenneth Turan of The Los Angeles Times:"This amiable, old-fashioned film is no world-beater, but it underlines why, appearances with empty chairs excepted, it is always a pleasure to see this man on the screen."