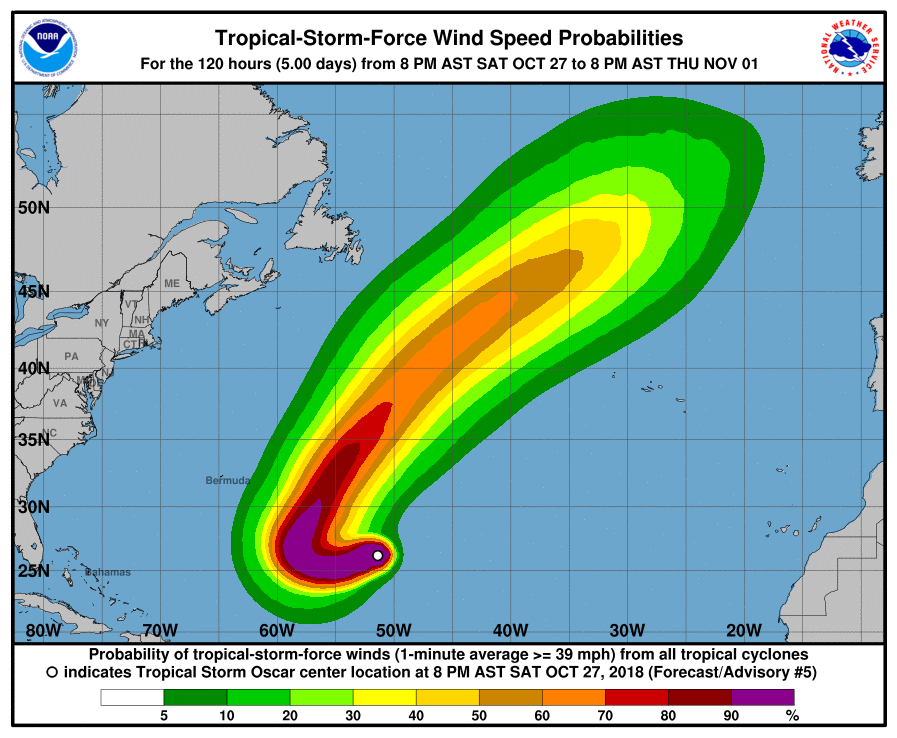 MIAMI — Tropical Storm Oscar has formed in the Atlantic Ocean, but does not pose a threat to land. The storm is expected to become a hurricane Sunday as its track curves toward the North Atlantic, the National Hurricane said.

Oscar strengthened into a tropical storm late Saturday over open waters. The National Hurricane Center in Miami said Sunday morning that the storm was centered about 815 miles east-southeast of Bermuda, and it was moving west at 12 mph.

The storm had top sustained winds of 70 mph. Tropical-storm-force winds extend outward up to 115 miles from the center.