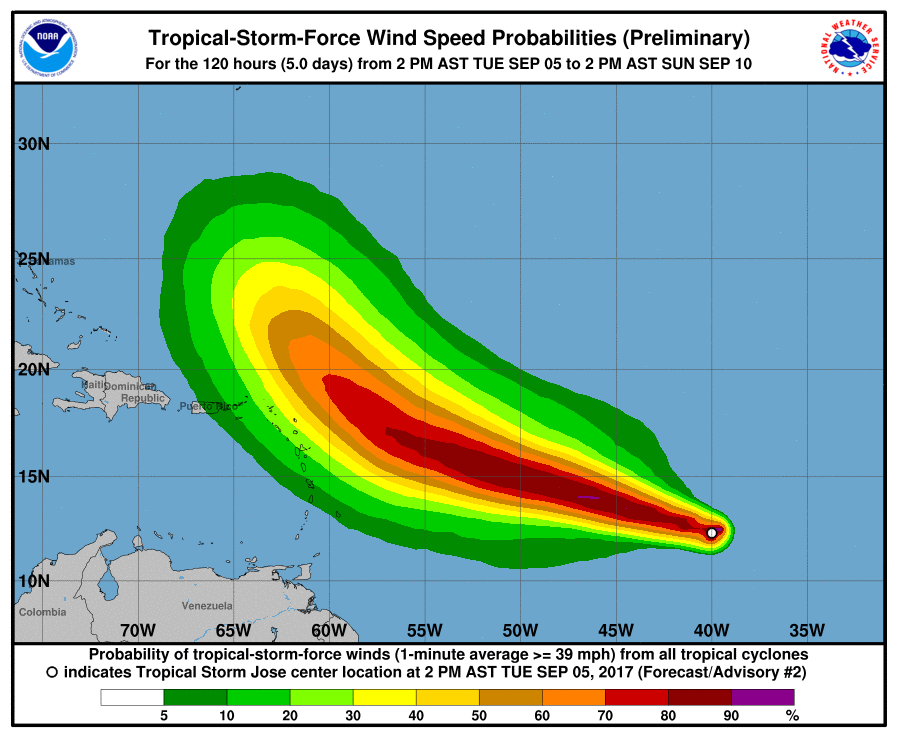 Jose is located to the east of Hurricane Irma, which is a powerful and dangerous storm heading toward Antigua and perhaps the United States.

Irma formed on the heels of Hurricane Harvey, which displaced thousands of residents in Texas.

Jose is the 10th tropical storm of the season and is about 1,330 miles east of the Lesser Antilles.

The National Hurricane Center (NHC) issued an 11 p.m. advisory that mentions there are no coastal watches or warnings in effect.

NHC also adds that Jose is moving toward the west at 14 mph and continues to gradually gain strength.

Maximum sustained winds are 50 mph and the NHC says Jose could become a hurricane by Wednesday night.

Tropical-storm-force winds extend outward up to 60 miles from the center.

Here are the full details from the latest NHC advisory: