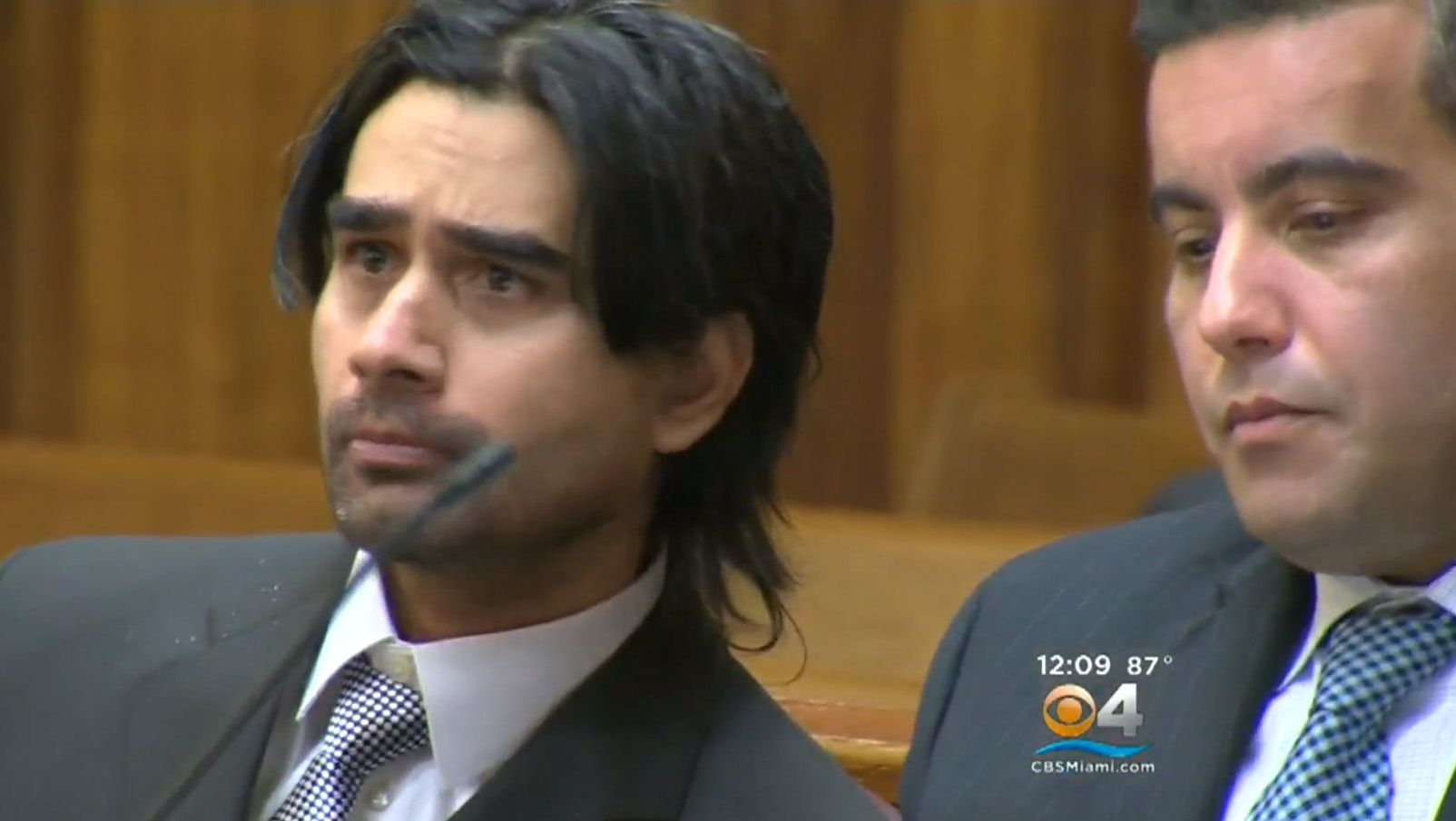 MIAMI -- A man claiming self-defense in the 2013 fatal shooting of his wife - whose bullet-riddled body he posted a photo of on Facebook- had nothing to fear from her and killed her because she was threatening to leave him, a Florida prosecutor told a jury Tuesday.

Assistant State's Attorney Leah Klein said in an opening statement Tuesday that Derek Medina shot 27-year-old Jennifer Alfonso eight times during an argument in their South Miami home. Klein said Medina was an undefeated, 200-pound amateur boxer who was much larger than his 5-foot-6 wife and would never let her leave him.

The Facebook posting, she added, was his way of claiming that victory. Medina, 33, also admitted the shooting in that post, adding that his wife had assaulted him prior to the killing.

"He did what people do when they win," Klein said of the posting. "He did what was good for him."

Defense attorney Saam Zanganeh deferred an opening statement. The defense focuses on claims Alfonso abused drugs, battered her husband and was involved in Satan worship, causing Medina to fear her, which led to the shooting.

CBS Miami reports that a defense request for a mistrial was denied after a prosecutor revealed she had a four-page letter from a jail inmate who claimed Medina confessed to him that the killing was premeditated. Defense attorney Mauricio Padilla argued he hadn't had time to prepare and properly select a jury based on the new evidence.

One early witness, Paul Ampudia, was a manager at the property firm where Medina worked the day of the killing. Ampudia testified that Medina called that morning to say he had killed his wife and was going to turn himself in to police - but also mentioned that she had been punching him.

"He said there was years of abuse and he wasn't going to take it anymore. He said she was punching him," Ampudia said.

Medina and Alfonso had a tumultuous relationship, marrying and divorcing and then marrying again, court records show. The argument that led to the shooting began in their bedroom, where authorities say Medina first threatened his wife with a gun when she threw mascara and towels at him.

It ended in the kitchen, where Medina claims he was threatened with a knife, leading him to go back upstairs for his gun, which led to the fatal shooting. A video surveillance camera captured some of the argument. Police say Alfonso's body was found in a position indicating she was cowering in fear.

The trial is expected to take about two weeks. Medina faces life in prison if convicted, and he is also charged with child neglect because Alfonso's 10-year-old daughter was in the home at the time of the slaying.