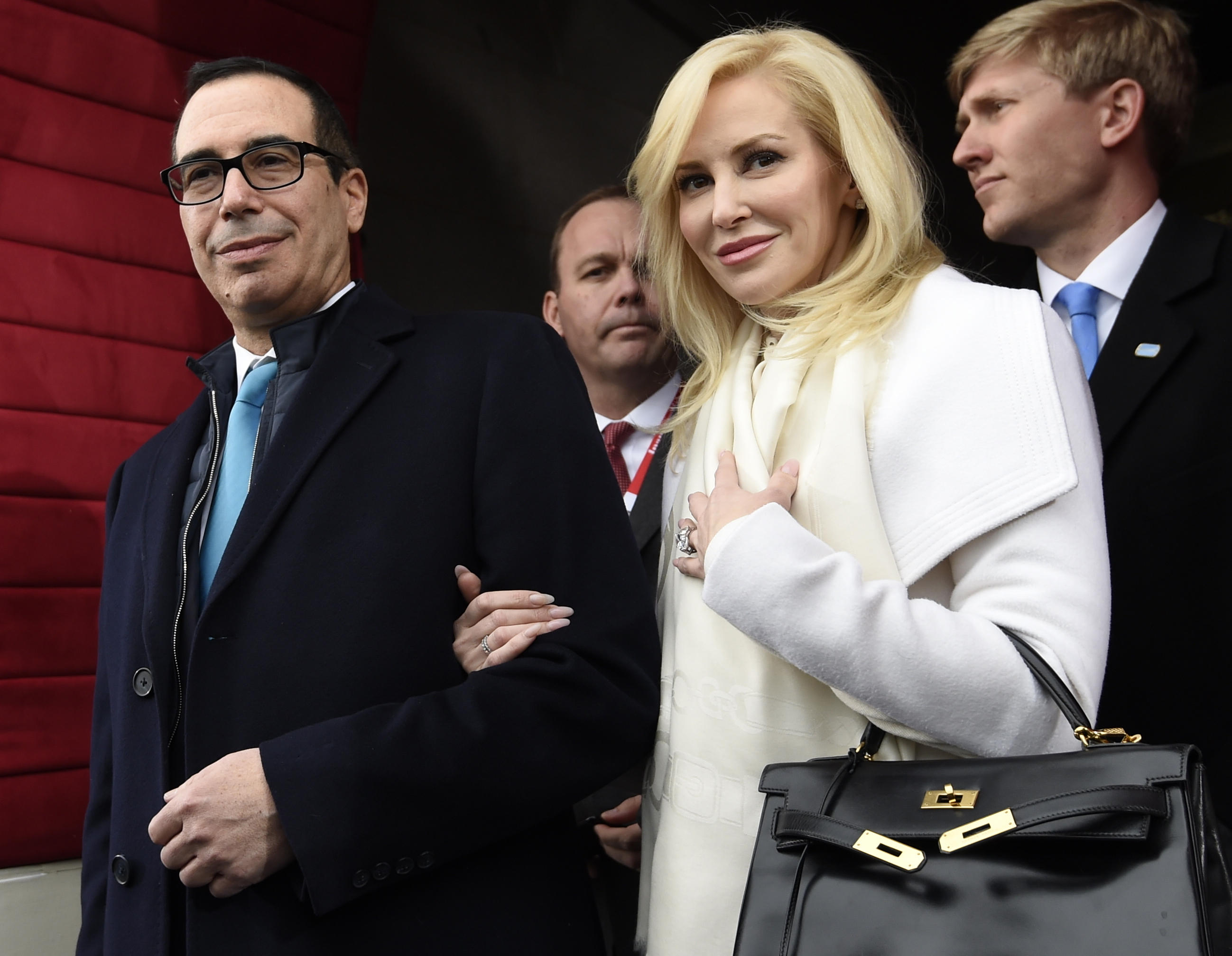 The Treasury Department's inspector general is looking into Treasury Secretary Steve Mnuchin's use of a government plane last week to fly to Kentucky with his wife to view the solar eclipse.

Counsel Rich Delmar told The Washington Post Thursday that the inspector general's office is reviewing the circumstances of the Aug. 21 flight to determine whether the couple followed ethics, appropriations and travel laws and observed certain policies.

"When our review is complete, we will advise the appropriate officials, in accordance with the Inspector General Act and established procedures," Delmar said.

Mnuchin's wife, Louise Linton, came under fire after their trip because she posted a photo of both of them on Instagram in which she bragged about the high-end clothing brands that she was wearing and lambasted a commenter who criticized her. The photo showed her getting off the government plane with Mnuchin and she used hashtags to highlight her Roland Mouret pants, Tom Ford sunglasses, Hermes scarf and Valentino heels.

Linton, a Scottish actress who married Mnuchin in Washington, D.C., in June, later apologized for the post.

A Treasury spokesperson said Mnuchin had proper approvals for the trip.

"The Secretary of the Treasury at times needs to use a government aircraft to facilitate his travel schedule and to ensure uninterrupted access to secure communications," the spokesperson told CBS News. "The Department of the Treasury sought and received the appropriate approval from the White House. Secretary Mnuchin has reimbursed the government for the cost of Ms. Linton's travel in accordance with the longstanding policy regarding private citizens on military aircraft."