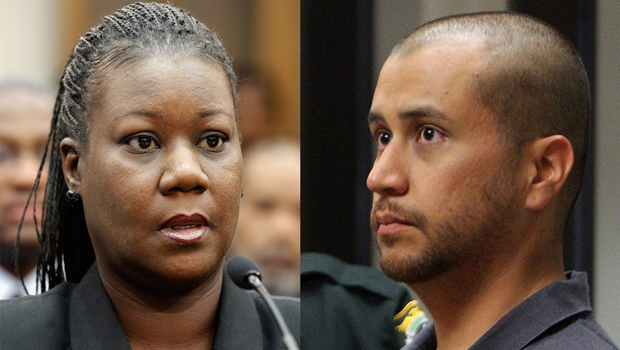 MIAMI -- The mother of Trayvon Martin says she's disappointed that federal prosecutors decided not to charge a neighborhood watch volunteer with a hate crime for killing her son three years ago.

Speaking with The Associated Press on Wednesday before the third anniversary of her 17-year-old son's death, Sybrina Fulton says she still believes George Zimmerman got away with murder.

"He took a life, carelessly and recklessly, and he shouldn't deserve to have his entire life walking around on the street free. I just believe that he should be held accountable for what he's done," Fulton said.

Zimmerman claimed he shot the unarmed teenager in self-defense after confronting Martin while volunteering for his neighborhood watch group. A jury acquitted him of second-degree murder the next year.

The case sparked a national conversation about race, bias and crime in part because Zimmerman, who identifies himself as Hispanic, was not immediately arrested after shooting Martin, who is black.

The U.S. Justice Department announced Tuesday that it found insufficient evidence to establish that Zimmerman willfully deprived Martin of his civil rights or killed him because of his race.

"The Justice Department is the top of the line here," Fulton said. "But what they found just wasn't enough."

Zimmerman, for his part, is relieved the case is closed, according to his attorney, Don West.

"This cloud he was under has been lifted," West told the AP, adding that he finds it misleading to suggest that charges weren't filed only because the legal standard for federal hate crime is so tough to meet.

"There simply was never any compelling evidence that this was a federal hate crime. Race played no role in it whatsoever," West said.

The February 2012 confrontation began after Zimmerman spotted Martin walking through the neighborhood, returning to his father's home after buying candy and a soft drink at a convenience store.

Zimmerman called 911 to report a suspicious person, and got out of his car to confront Martin despite being warned by the dispatcher to stop. Zimmerman did not testify at his trial, but he told investigators he feared for his life as Martin straddled him and punched him during the ensuing fight.

Wearing a T-shirt bearing a black-and-white image of her son in a hoodie, Fulton said she still longs for Zimmerman to be held responsible.

"I want to see people held accountable for what they're doing. It's just upsetting to know that a person can shoot and kill someone and justify it," Fulton said.

Fulton now channels her grief into work with The Trayvon Martin Foundation, which reaches out to other families who have lost children to violence, awards scholarships and collects school supplies for poor students.

She's also watching to see how the Justice Department handles other high-profile killings of unarmed blacks. Decisions are pending on whether to charge police in New York and Ferguson, Missouri with depriving the victims of their civil rights by using excessive force in the course of duty.