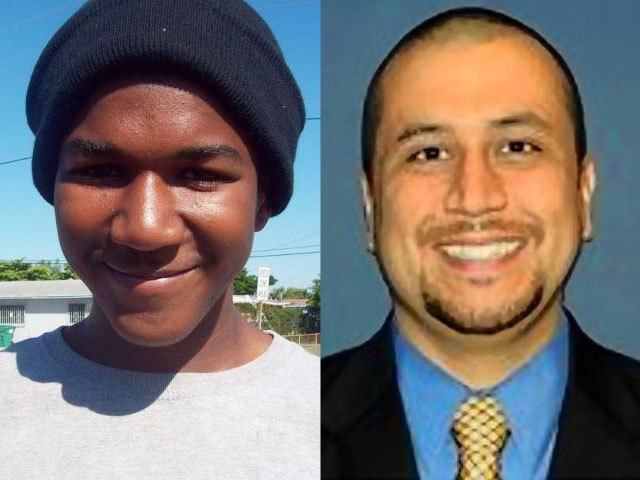 When did the shooting take place?

George Zimmerman called in a suspicious person report at 7:11 p.m. on February 26 saying he saw someone who looked like he was "up to no good." The dispatcher asked the suspect's race, and Zimmerman said he thought he looked like a black male. A Sanford police officer was dispatched to The Retreat at Twin Lakes and arrived at the residential community in Sanford, Fla., at 7:17 p.m. As the first officer arrived on the scene, he received another report from dispatch, this time of shots fired.

Whose voice is heard screaming on the 911 tape?

This information is in dispute. Several residents called 911 to report a disturbance and on one of these recorded calls screams are audible. Martin's family insists the screams were Trayvon's, while Zimmerman's family says the screams were George's.

Zimmerman was taken into custody by the Sanford police, but released without charges. Zimmerman told police Martin attacked him and he shot the teen in self-defense. Sanford Police Chief Bill Lee (who resigned temporarily on March 22) told reporters the department determined that "until we can establish probable cause to dispute [his claim of self-defense], we don't have the grounds to arrest him."

Under Florida law, a citizen "has no duty to retreat and has the right to stand his or her ground and meet force with force, including deadly force if he or she reasonably believes it is necessary to do so to prevent death or great bodily harm to himself or herself or another or to prevent the commission of a forcible felony."

This so-called "stand your ground" law was passed in 2005.

The case is now being investigated by a special prosecutor, as well as the Department of Justice.

According to the report given by Officer Timothy Smith, the first on the scene, Zimmerman's "back appeared to be wet and was covered in grass, as if he had been laying on his back on the ground. Zimmerman was also bleeding from the nose and back of his head."

On Wednesday, March 28, George Zimmerman's father, Robert, told Fox Orlando affiliate WOFL that Martin punched his son, breaking his nose and knocking him to the ground.

"It is my understanding that Trayvon Martin got on top of him and just started beating him, in the face, in his nose, hitting his head on the concrete," said Robert Zimmerman.

A video released Wednesday shows Zimmerman with police approximately 40 minutes after the shooting and he does not have any obvious injuries to his head. CBS affiliate WFORin Miami interviewed Richard Kurtz, the funeral director who prepared Martin's body for burial, who said "we could see no physical signs like there had been a scuffle." Kurtz said that if he had found bruises on Martin's knuckles, he would have covered them up.

On Thursday, Zimmerman's brother, Robert Zimmerman, Jr., told CNN's Piers Morgan that he believes medical records will show his brother's nose was broken. No medical records have been released.

Did George Zimmerman utter a racial slur on the 911 call?

It has been alleged that while he was on the phone with the 911 operator and following Martin, George Zimmerman whispered "f***ing coons." The quality of the audio is poor, and Zimmerman's father said he has never heard his son use a racial slur.

This CNN segment shows reporter Gary Tuchman and an audio expert listening to the tape.

If Zimmerman did use the slur, it could allow the federal government to charge him with a hate crime.

George Zimmerman was originally identified as white. Then his family said he was Hispanic. Which is it?

Zimmerman is identified as "white" in the original police report. However, according to CBS News investigative producer Pia Malbran, who has been reporting from Miami, police in Florida routinely label Hispanics who don't have black skin as "white," even if they have ethnic facial features. The Associated Press reports that Zimmerman's mother, Gladys, is originally from Peru. Both she and George Zimmerman identified themselves as "Hispanic" in their voter registrations. Robert Zimmerman, George's father, lists himself as "white."

Was Trayvon Martin on the telephone with someone before he was killed?

On March 20, Benjamin Crump, the attorney representing Trayvon Martin's family, played an audio recording that he said was a recorded affidavit from a young women who says she was on the phone with Martin just before he was shot. In it, Crump said the girl said Martin told her he was being followed. She allegedly told him to run, but he said he would walk fast. Crump says she overheard some of Zimmerman's confrontation with Martin, but the call got cut off and she did not hear the gunshot. Crump said the girl is a minor and does not want her name released.

Zimmerman's father says he does not believe the girl's story.

How do Trayvon Martin and George Zimmerman compare in terms of body size?

There is some inconsistency in reports of Martin and Zimmerman's height and weight. In the original police report, Martin is described as being 6' tall and weighing 160 pounds. But his family told CBS News that he was 6' 2" and between 140-150 pounds. Zimmerman is described in the police report as standing 5' 9" tall, with no weight listed. In a 2005 police report, Zimmerman's ex-fiance describes him as 5' 7" and according to the Miami Herald he weighs about 200 pounds.

Had George Zimmerman or Trayvon Martin ever been in trouble with the law?

On Monday, Florida authorities told the Associated Press that Martin had no juvenile record, and his uncle Ronald Fulton told Crimesider that the teen had never been arrested. According to the Miami Herald, Martin was investigated in October after a school police officer found women's jewelry in his backpack, but the jewelry reportedly did not match any that had been reported stolen. At the time of his death, Martin was serving a school suspension after police there found a plastic bag with traces of marijuana in his backpack, reports the Miami Herald.

George Zimmerman was arrested in July 2005 on charges of felony resisting arrest with violence and battery on a police officer. The charges were reduced to a single misdemeanor and eventually dropped.

A month later, Zimmerman's ex-fiancee filed a temporary order of protection against him, and he counter-filed against her. The court granted both orders. As part of the order, Zimmerman was prohibited from having a firearm or ammunition. The order was lifted in August 2006.

Editor's note: This post has been updated to clarify the fact that George Zimmerman did not refer to Trayvon Martin's race until asked about it by a dispatcher.