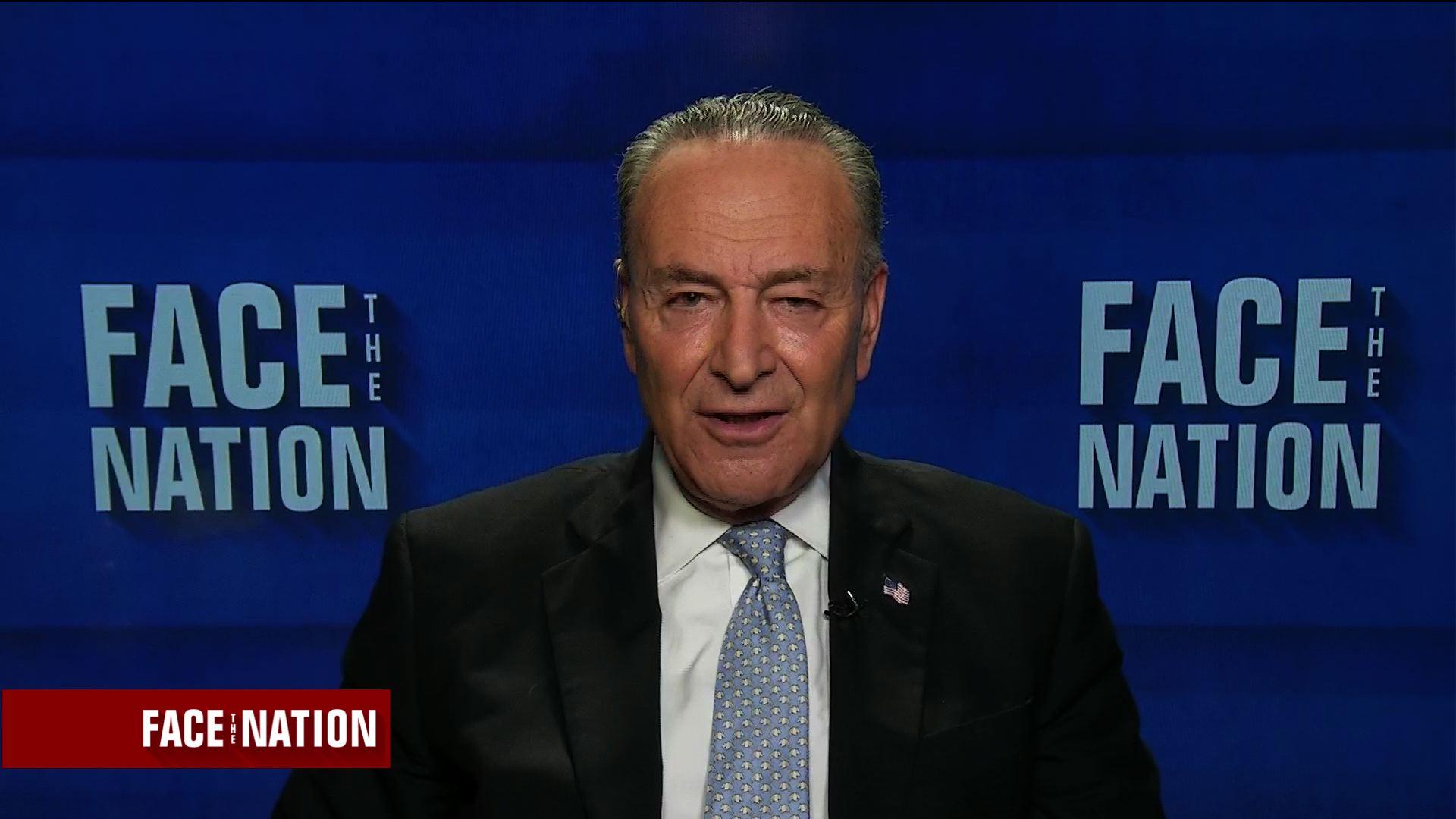 After the testimony, Senate Minority Leader Chuck Schumer (D-New York), a top Trump critic, said that "the cloud hanging over this administration has just gotten a whole lot darker."

Schumer joined "Face the Nation" Sunday to discuss Comey's testimony. Does he think Comey made the case that Mr. Trump could be guilty of obstruction of justice?

A full transcript of the interview, which aired Sunday June 11, 2017, is below.

CHUCK SCHUMER: Look, when it comes to something like obstruction, there's a serious legal standard. A-- a good prosecutor looks at the facts and sees if it meets that standard. I'm not going to speculate about that. That's in prosecutor Mueller's hands.

JOHN DICKERSON: The president has said he would testify in front of the Senate. I assume you're all for that?

CHUCK SCHUMER: Well, I'd like to invite the president to testify before the Senate. I think we could work out a way that it could be dignified, public with questions with Leader McConnell. Of course, we'd have to consult with Prosecutor Mueller before doing it.

But I want to make a broader point here that relates to that. This is such serious stuff, John. 17 intelligence agencies said the Russians did interfere in the past election. But if people think it's past us, they're preparing to interfere in all of our elections.

That goes to the wellspring of the democracy. And this is serious stuff. We have the former director of the FBI under oath saying one thing. President Trump saying another. "There's a cloud over the presidency," the President said. And that's rightly so.

And of course, he said he would testify. So I'm inviting him to come testify, and we could work that out. And one final point here. This is serious stuff. And the president seems to be taking it almost a little bit lightly. It's sort of like the tax returns.

JOHN DICKERSON: Let me separate these two issues. First, on the question of interference in the-- with director Comey or anybody else, what about Paul Ryan's argument? Which is basically Speaker Ryan said the president is new at this. He's new at government-- he's new to government. And so he probably wasn't steeped in the long-running protocols. What--what do you make of that defense?

CHUCK SCHUMER: Well, you know, Comey said that he cleared the room, the president did, before he talked to him. That doesn't indicate a casualness. But there's a deeper point here. The president's the most powerful man in the world. His words really, really matter.

JOHN DICKERSON: What-- Jeff Sessions is gonna testify next week. What do you want to hear from Jeff Sessions?


CHUCK SCHUMER: Well, first I think he should be sworn under oath. Second, I think it should be public. There's very little that's classified. Anything's that's classified, they can do in a separate classified briefing. There are some questions about Sessions that have to be asked.

First, did he interfere with the Russian investigation before he recused himself? Second, what safeguards are there now so that he doesn't interfere? Third, it says he was involved in the firing of Comey. And the President said Comey was fired because of Russia.

How does that fit in with his recusal? It doesn't seem to stand up well to me. And four, if he's been involved in the selection of the new FBI director. Did he talk about the Russian investigation with him? All those are important questions. I hope they'll be asked --

JOHN DICKERSON: Let me ask you--

CHUCK SCHUMER: --in public, with Sessions under oath.

JOHN DICKERSON: May I ask about the previous attorney general? Lindsay Graham suggested she should come and testify. Do you think she did anything wrong based on what Jim Comey testified?

CHUCK SCHUMER: Look, I heard what Jim Comey said. And he said he was troubled by it. I respect him a great deal. But I haven't heard Loretta Lynch's side of the story. So I'm not going come to a conclusion as to who was right or wrong. Or whether it rises to the level that she should come testify.

JOHN DICKERSON: In the political back and forth here, people look at Democrats not getting very exercised about Loretta Lynch and what she may have done to be possibly meddling in that investigation into Hillary Clinton's email server. And they-- Democrats don't seem to listen so much to James Comey when he's talking about Loretta Lynch, but take everything he says about the president as gospel. Doesn't that just kind of put this into the normal partisan sorting? And people kind of look at this and say, "Well, it's just, you know, Democrats and Republicans bickering again?"

CHUCK SCHUMER: Well, for one thing, the investigation that's surrounding this into Hillary's emails has had a long and long, long history. Lots of Congressional investigations, an FBI investigation. And all I'm saying with Loretta Lynch is before anyone jumps to any conclusions, we ought to hear what she has to say. And let her state something privately. And see if it makes much of a difference.

CHUCK SCHUMER: I don't know that it will--

CHUCK SCHUMER: Yeah, look. With Mitch McConnell-- Mitch McConnell is the Leader of the Senate. And to have this issue, which affects a sixth of our economy, tens of millions of people's coverage. Millions could lose coverage, lose pre-existing conditions. Hurting the elderly, hurting women.

To do this in private without hearings --


CHUCK SCHUMER: -- without amendments, it would be one of the most outrageous examples of legislative malpractice in decades.

JOHN DICKERSON: All right, Senator. We have to leave it--

CHUCK SCHUMER: -- that Hatch and Grassley made as part of the bill--

CHUCK SCHUMER: And go forward that way. I'm sorry. Are you--

CHUCK SCHUMER: Are we getting a sound problem here?

JOHN DICKERSON: Thank you so much, Senator. And we'll be right back.

CHUCK SCHUMER: Nice to talk to you, thank you. Bye, bye.