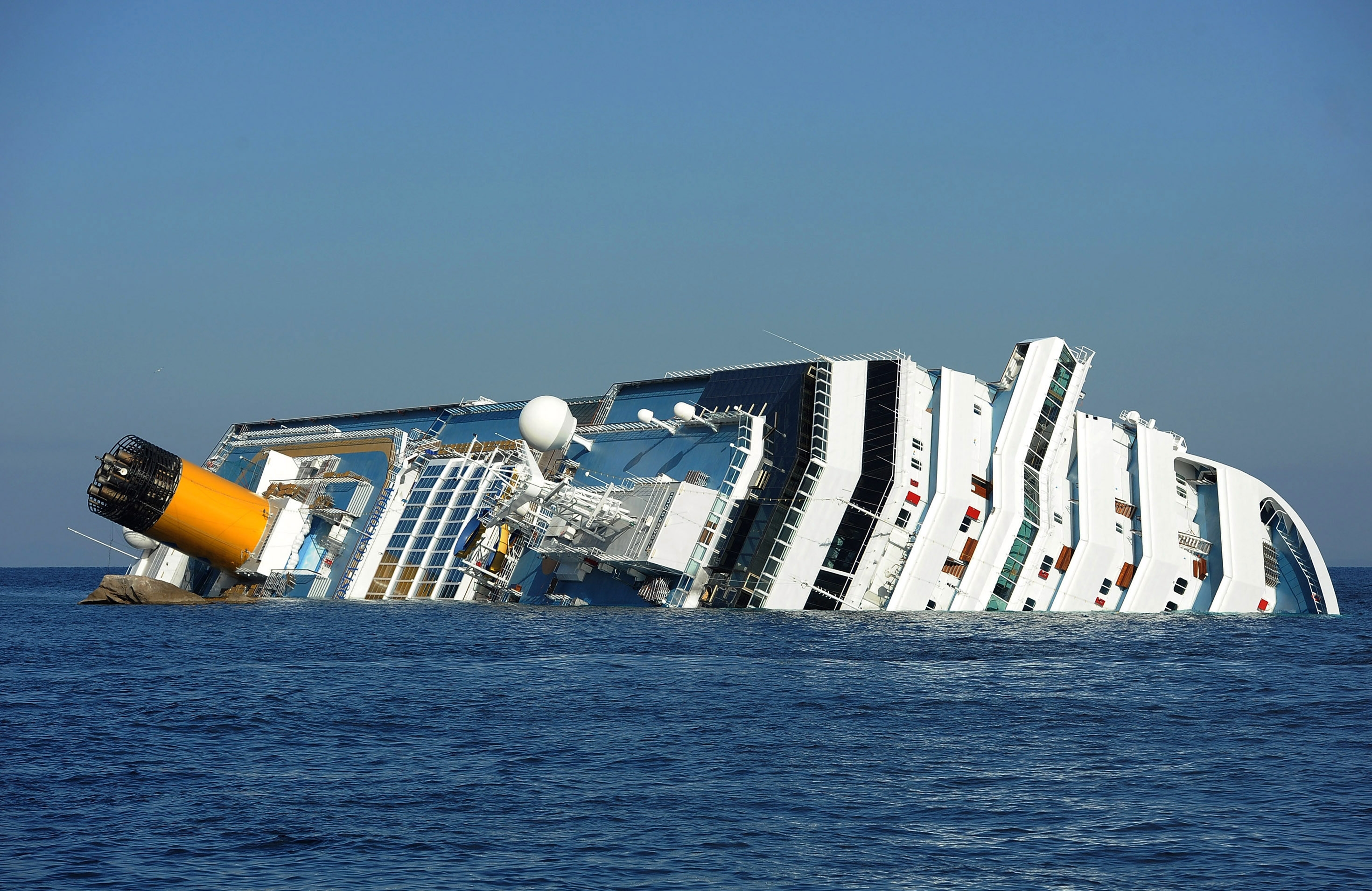 TUSCANY, Italy A five-year-old girl and her dad died after being turned away from a lifeboat while other passengers leapt into the sea and drowned on the night the Costa Concordia sunk off Tuscany, Italy, on January 13, 2012.

Fresh stories of the final moments of those on board the doomed cruise liner have been revealed in a file presented to an Italian court by prosecutors calling for the Concordia's skipper, Captain Francesco Schettino, to be sent to trial on charges of manslaughter and abandoning ship.

Thirty-two people died and hundreds were injured when the ship rammed into a reef off Tuscany and a massive rock tore a 230-foot gash into the hull of the 950-foot-long ocean liner.

The boulder remained embedded in the ship as the 112,000-ton vessel capsized off Giglio island along with its 4200 passengers and crew.

The court file detailed how one young victim, Dayana Arlotti, five, and her father William Arlotti, drowned ''having not found places in a lifeboat on deck,'' according to The Telegraph.

''They were directed by members of the crew to the starboard side and while negotiating the interior of the ship they fell into a flooded area,'' the file said.

The pair was on the Mediterranean cruise with William Arlotti's girlfriend, who survived. He was said by family to be traveling to celebrate a new lease on life -- he had received a kidney and pancreas transplant.

Other Costa Concordia passengers met similarly tragic fates. Erika Molinala, a 25-year-old barmaid from Peru, who was a member of the crew, died after plunging into the sea without a life jacket.

Giuseppe Girolamo, a musician on the cruise ship, gave up his spot in a life boat and also fell in the water and drowned.

Maria D'Introno, a passenger, got onboard a lifeboat but was then forced back onto the cruise ship because it could not be launched. She was forced to jump into the water but did not know how to swim and also drowned.

The file reveals hundreds of survivors are still suffering from insomnia and post-traumatic stress disorders.

An investigating judge is expected to announce within weeks whether Captain Schettino and several other ship's officers will be put on trial.