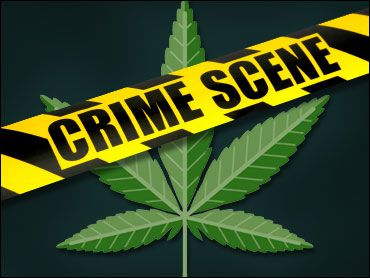 Los Angeles County Sheriff's deputies pulled over Harry Kaladjian, 29, at around 2 a.m. Thursday. Law enforcement officials found Kaladjian was driving with a suspended license and was on active probation.

The Los Angeles Times reports because he was on probation, authorities went to his home for a compliance check. Upon arriving, they found a large-scale operation for growing marijuana. Police said several rooms had been converted into growing areas with planting beds and artificial lighting. There were around 800 plants in his home.

Authorities recovered several large plastic bags full of marijuana that had been processed and found an area made for processing "hash oil," a thick liquid made from the plant.

In total, police said the cache had an estimated street value of $1 million. The find led to eight more arrests.