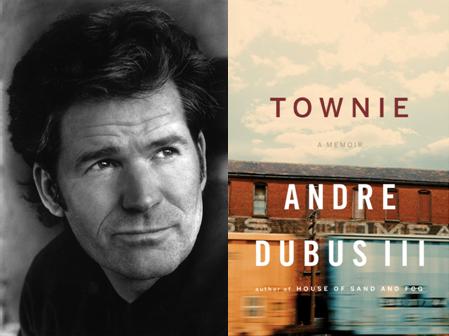 "CBS Early Show" News Anchor Jeff Glor speaks with author Andre Dubus on a new memoir he's written about the hardships in his violent past and a lifestyle that threatened to destroy him -- until he was saved by writing.

Andre Dubus: For many years I've been trying to write so much of this material as fiction. (Growing up in a depressed mill town in the early 70's with a single mother in poverty, the Vietnam War limping to a close, Watergate, tough neighborhoods and no fathers, etc -) But I found I wasn't able to create fiction so closely from my own life. In fact, with fiction I like to roam far afield from my own life to become people far different from me. So, three years ago, after delivering my novel "The Garden of Last Days" to my publisher, I found myself writing a personal essay about baseball, how I knew absolutely nothing of this sport growing up and how it was my two sons, teenagers now, whose passionate interest in the sport got me interested in it, too. The question fueling the essay was this: How did I miss baseball growing up, this sport I now love so much? The answer became a 500 page, two-year meditation on what I was doing, which is my accidental memoir Townie.

AD: What surprised me the most was how difficult it was to write about other people in my life, mainly family. I read this quote once from a writer whose name now escapes me: "If you're going to write memoir, you should be able to sue yourself for libel." That was the kind of memoir I felt prepared to write, the kind where the writer gains the reader's trust by being brutally honest about one's own shortcomings and sometimes glaring flaws. But what I wasn't prepared for was the inherent difficulty of shining a light on my parents, my siblings, my friends, etc. Where was the line between their stories and mine? Ultimately, I decided to write only about them where their lives intersected mine directly.

AD: I'd like to think I'd be a family doctor out in the country somewhere, but after finishing writing Townie, it strikes me as a real possibility that I could have ended up an inmate doing time in a maximum security prison.

AD: I'm working on an original screenplay based on an essay I wrote in 2005 about an escaped convict, a truly rehabilitated one at that. I'm also working on a new work of fiction.

For more on "Townie," visit the W.W. Norton & Company website.