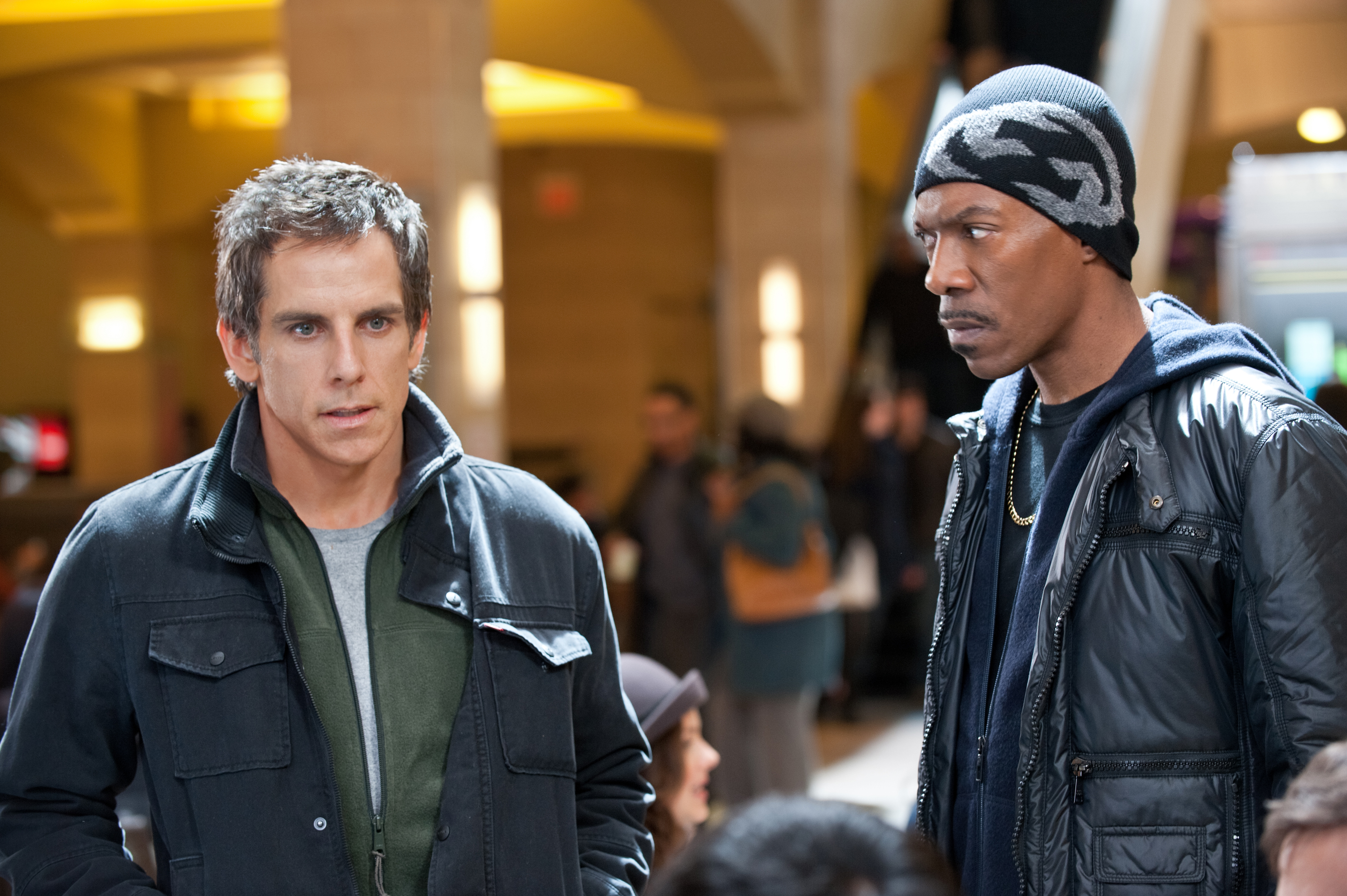 (CBS) Eddie Murphy goes old school in his latest role, pairing with Ben Stiller in a comedy caper for the Madoff era.

Living in the penthouse apartment of the Tower (the priciest and most exclusive building in New York) Alda's character collects expensive, art, expensive cars and gullible people whom he can swindle to support his life of luxury.

Overseeing the devoted staff at the buidling is Josh Kovacs (Ben Stiller) who eats, breathes and sleeps work. He is obsessed with seeing to the every whim of his discerning and demanding residents.

When Shaw's true colors begin to show and he is arrested for defrauding investors of billions of dollars, Josh reluctantly informs his crew that he gave their pension fund to Shaw to invest and oversee. According to one FBI agent (Tea Leoni), none of the money has been recovered and the chances of ever finding any of it are slim to nil.

Kovacs decides to take the law into his own hands, becoming a modern-day Robin Hood. He thinks he knows exactly where Shaw has hidden the money - right under everyone's eyes, in his expensive penthouse pad. To get it back, Kovacs enlists the help of Charlie (Casey Affleck), his brother-in-law and the building concierge; Matthew Broderick, a down-and-out stock broker; a hotel maid (Gabourey Sidibe); and a new elevator operator (Michael Pena).

They plan the ultimate heist to recover the funds that were stolen from them. Kovacs concocts a scheme to get Shaw out of the apartment during the Macy's annual Thanksgiving parade, so he can break into his apartment and bust open the safe where he believes Shaw is hiding the money.

He urns to a petty thief in his Queens neighborhood (Eddie Murphy), who happens to be a former childhood classmate. Murphy is charged with beefing up the crew's lock-picking and crime skills got this high-stakes burglary.

Somewhere along the way, the tables get turned on all the players, resulting in chaos and a lot of laughs.

Murphy is in fine form, showing glimpses of comedic genius and paying homage to his old-school roots. The scene in which he instructs his students on the art of shoplifting will have you howling with laughter. True, the characters lack depth and there are far more of them than needed to tell this story. But the humor that director Brett Ratner injects into the funny script from Ted Griffin and Jeff Nathanson makes up for the film's sometimes sloppy plot.

Stiller shows he is the new king of comedy, the perfect straight man to Murphy's foul-mouthed hustler. The two are on fire, and "Tower Heist" essentially marks Murphy's return to form, resurrecting the kind of action-comedy role he owned in "Beverly Hills Cop" and "Coming to America."

If you are looking for a brilliant piece of filmmaking you won't find it here, but "Tower Heist" has all the elements necessary to not only keep your attention, but to keep you entertained and chuckling.