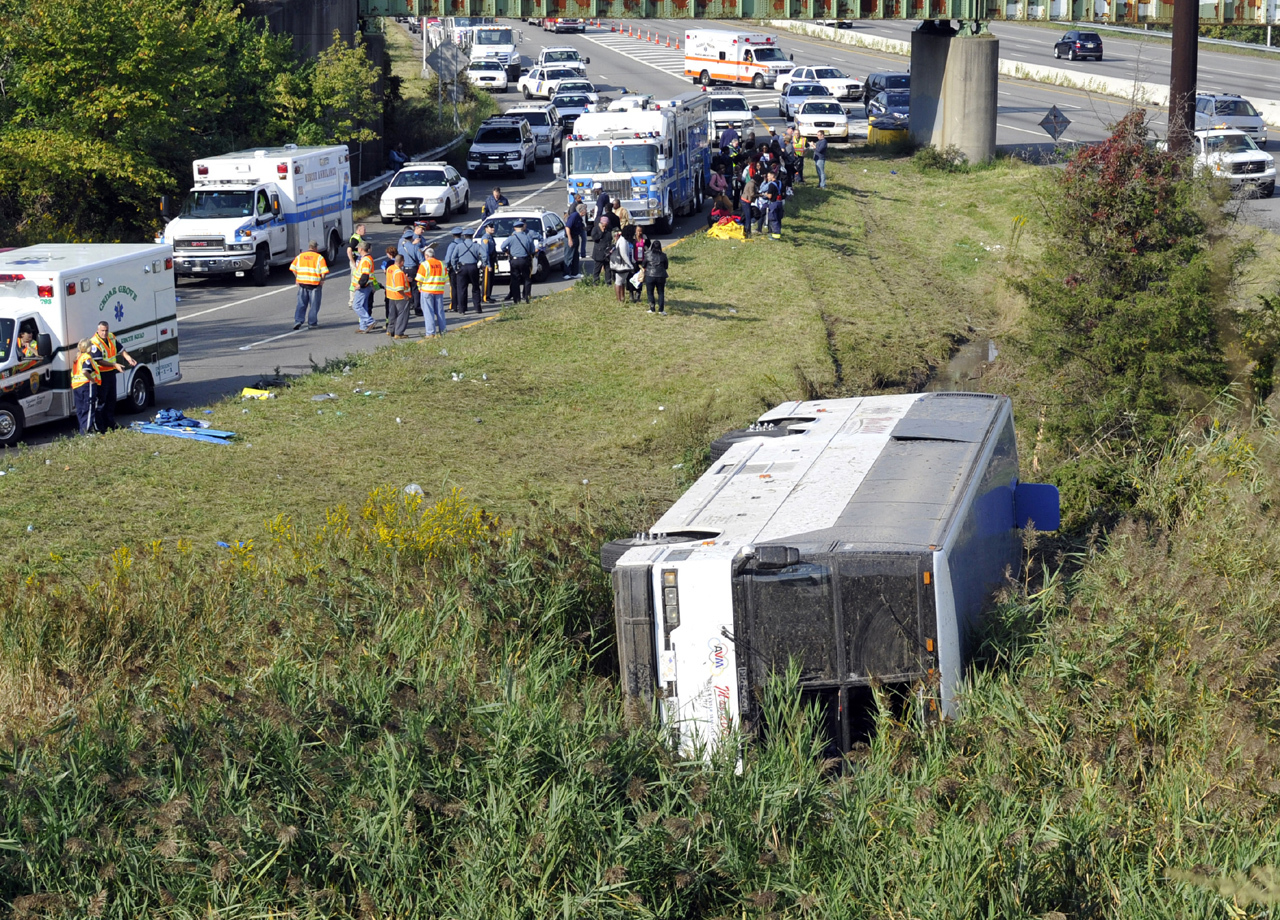 WAYNE, N.J. A tour bus from Canada carrying about 60 people bound for a New York City overturned on a highway exit ramp in northern New Jersey early Saturday, slid down an embankment and landed on its side, injuring 19 passengers, authorities said.

The driver, who suffered a gash in his arm, told state police that he was cut off by another vehicle, though it was not immediately clear whether that caused the crash around 7:30 a.m. on eastbound Interstate 80 in Wayne, New Jersey.

Some windows burst during the crash and their frames pinned three people, but they were quickly freed and taken to hospitals with the other victims. The bus had been chartered by a church group.

Eight of the injured passengers were admitted in critical condition, hospital spokeswoman Liz Asani told The Record of Woodland Park. Further details on their injuries were not disclosed. The rest of the injured, including two young children, were being treated for minor injuries at two other hospitals.

State police have said none of their injuries are considered life-threatening.

"It was terrifying," Norma Cumberbatch, 66, of Toronto, told The Star-Ledger of Newark. Cumberbatch, who was travelling with her 68-year-old sister, Marjorie, said she struggled to free her legs from fallen luggage and other debris before trying to find her sister.

"I just took my leg out and then said, 'Where's my sister? I want my sister.'"

Marjorie Cumberbatch said she heard "thump, thump, thump. Then I looked up and I saw people over me screaming and crying."

Passengers who were unhurt were put on another bus and continued their journey, authorities said.

The coach bus was from Toronto-based AVM Max 2000 Charter Services Inc., The Record reported. A woman who answered the phone at the company's office told the newspaper the bus was full but declined to give more information. The phone there then rang unanswered Saturday afternoon, and the company did not respond to an email Saturday.

The accident backed up traffic in the area for hours while law enforcement officials and emergency services vehicles attended to the scene. Several highways connect there, and the area is known locally as the "spaghetti bowl," according to The Record.