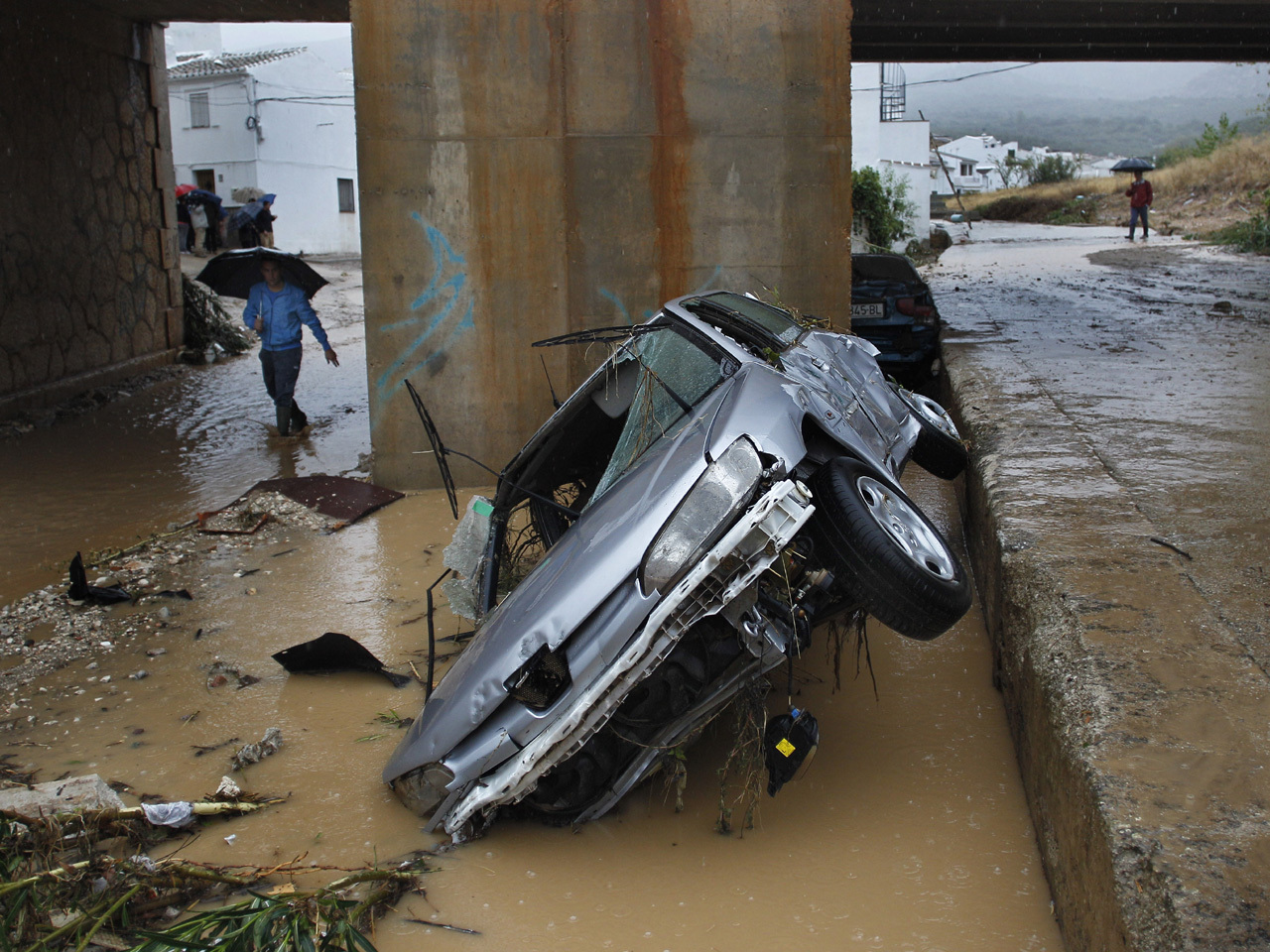 BARCELONA, Spain A tornado swept through a fair ground in a Spanish town, knocking down a Ferris wheel and injuring 35 people, while the death toll from flooding in the same southern region of the country rose to 10, authorities said Saturday.

The Friday tornado damaged several rides and cut electricity in the temporary fair set up in the main square of Gandia, according to its town hall website. It said 15 of the injured were seriously hurt, all of whom were treated on site.

Local media reported the fair in Valencia province was closed to the public at the time of a thunderstorm and that all the injured were fair workers.

Just inland from the Mediterranean coastal town, five more victims of Friday's flash floods southwest of Gandia were found overnight. They included a middle-aged woman in the town of Lorca.

A spokeswoman for the regional government of Andalucia told The Associated Press on Saturday that the heavy downpours and resulting high waters had claimed the lives of five people in the province of Murcia, three in Almeria and two in Malaga.

The spokesman, speaking on condition of anonymity in keeping with government policy, said that a 52-year-old British woman was missing in Almeria as well as one homeless man. Five people originally declared missing had been found alive.

Local media reported that hundreds of citizens had to be evacuated throughout the region.

The flooding disrupted high-speed train service between Madrid and Valencia and various regional lines, while bridges and roads were also made impassible.

The heavy rains which started on Friday morning are expected to continue throughout Saturday, with the front moving north toward Catalonia and the Balearic Islands.