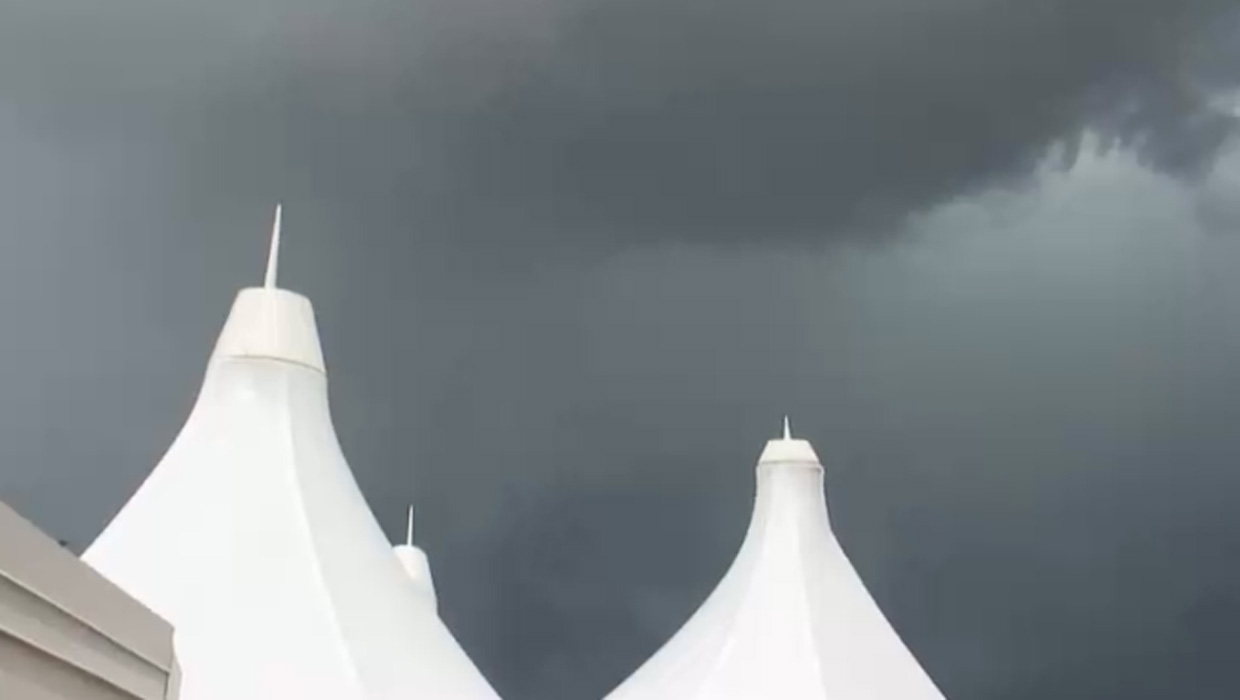 DENVER The National Weather Service says radar shows a tornado briefly touched down over the east runways of Denver International Airport, where thousands of people took shelter in bathrooms and stairwells until a tornado warning passed.

There are no immediate reports of damage.

Weather service meteorologist Kyle Fredin says a 97 mph gust was measured at the airport before communications with instruments there were briefly knocked out Tuesday. Dark clouds blanketed parts of the horizon over the plains to the east.

As the storm passed, police briefly blocked traffic from Interstate 70 to Pena Boulevard, which leads to the airport.

On Monday, a tornado touched down briefly in La Junta on Colorado's southeastern plains. No injuries were reported, but power poles were knocked down in an industrial park near town. Heavy rain fell Monday in La Junta and Lamar, where some streets flooded.

CBS Denver affiliate KCNC reports that there were no reports of injuries from the La Junta storm, although there was some resulting damage and scattered power outages.