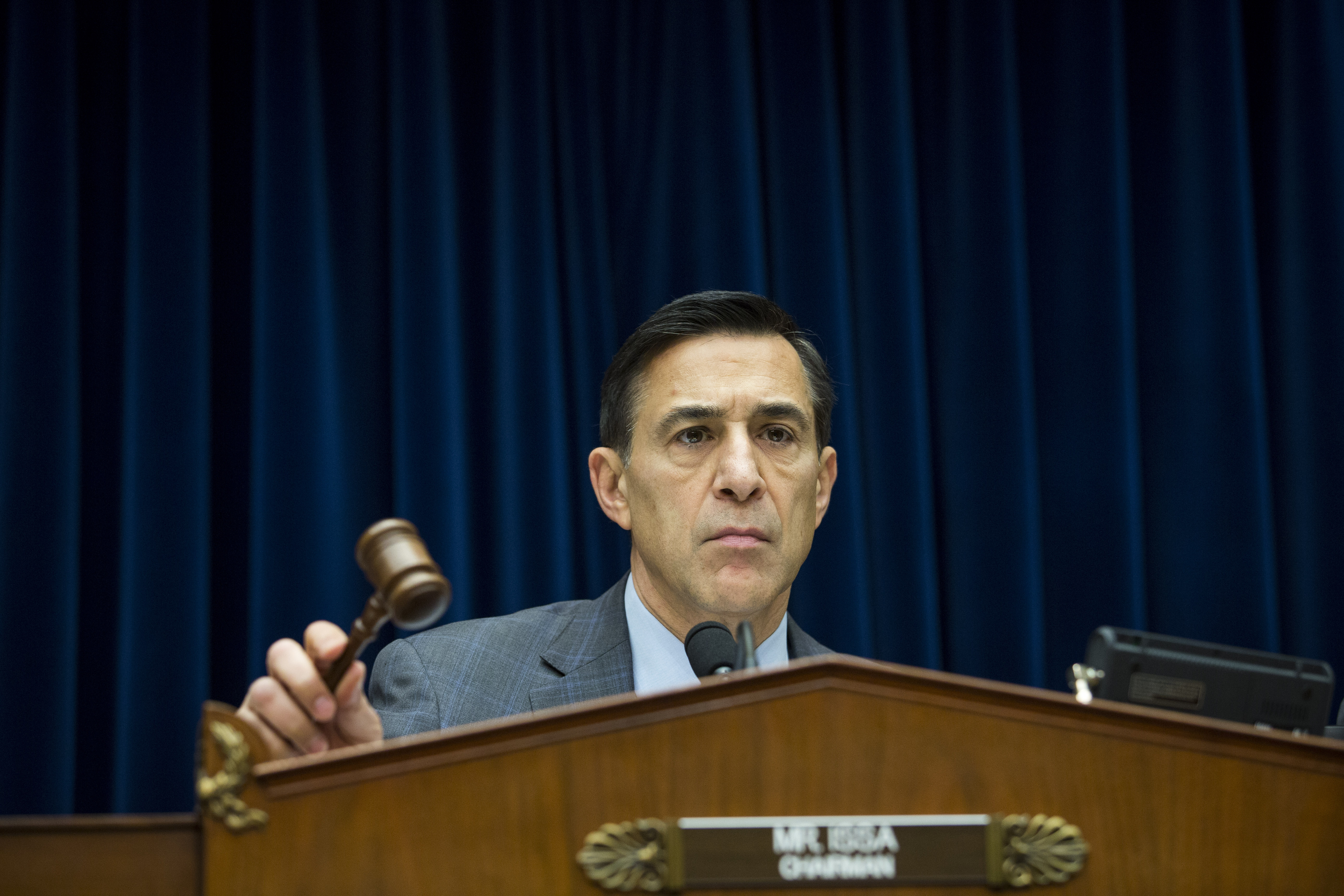 In an ongoing battle of cat-and-mouse between the White House and House Oversight Committee Chairman Darrell Issa, R-Calif., the administration takes this round.

White House counsel Neil Eggleston informed Issa Tuesday night that David Simas, the director of the White House Office of Political Strategy and Outreach (OPSO), will not appear before Issa's committee Wednesday in response to a subpoena to answer questions about the White House's political office.

"The Committee's effort to compel Mr. Simas' testimony threatens longstanding interests of the executive branch in preserving the president's independence and autonomy and his ability to obtain candid advice and counsel to aid him in the discharge of his constitutional duties."

Eggleston said as much in a Monday letter to Issa in which he offered a staff briefing on the office's purpose instead and asked him to lift the subpoena.

Issa cried foul on Eggleston's logic after the Monday letter and rejected Eggleston's argument that Simas was exempt from testifying.

"The Obama White House's claim that David Simas, the director of its political office, is absolutely immune from testifying before Congress is a sweeping assertion that a federal court has already rejected," Issa said in a statement released Tuesday night, before Eggleston's final letter that said Simas would not appear. He argued that a federal court found in Committee on the Judiciary v. Miers -- a case brought by congressional Democrats in 2008 - that the idea of absolute immunity of White House officials from congressional subpoenas was "unprecedented."

Eggleston cited an opinion from the Department of Justice's Office of Legal Counsel that he said backed up his claim of immunity. The opinion notes that the principle of constitutional separation of powers gives the president immunity from congressional compulsion to testify, and said the longstanding view of the Justice Department is that the president's immediate advisers "are in many ways an extension of the president himself."

At the hearing Wednesday, Issa called Eggleston's Tuesday letter "deeply disturbing" and defended his investigation, citing previous violations of a law called the Hatch Act designed to prevent taxpayer dollars from being used to fund political activities by government workers. One of those cases was an instance in which former Labor Secretary Hilda Solis solicited a donation for President Barack Obama's 2012 campaign from a subordinate at the agency.

The Office of Special Counsel (OSC) had found in January 2011 that the White House Office of Political Affairs had violated laws. It was closed and later reopened under its current name in January 2014.

"Today's hearing was intended to be an opportunity for Congress to assess how the administration has tried to address the issues raised by OSC's 2011 report on political activity," Issa said.

But the top Democrat on the committee, Rep. Elijah Cummings, D-Md., angrily responded that the committee "has identified no evidence that Mr. Simas or anyone in his office did anything inappropriate.

"We do not simply haul in one of the President's top advisers at will," Cummings said. "There must be a valid reason, a predicate, a justification, some evidence that this official engaged in some type of inappropriate activity. That foundation simply does not exist here."

Issa ended the hearing after he and Cummings delivered statements. But one of the witnesses scheduled to testify, OSC head Carolyn Lerner, had prepared testimony that said while the White House did not consult with her office when it established the OPSO, their review concluded that "it appears that the White House adhered to OSC guidance in determining the scope of activity for the office."

"To the extent that OPSO's activities are limited to those described in the White House correspondence, OPSO appears to be operating in a manner that is consistent with Hatch Act restrictions," Lerner wrote in her testimony.

A Democratic source also told CBS News that White House staff went to the Hill attend to brief the committee for more than an hour on activities of the Office of Political Strategy and Outreach, but Issa did not attend.

White House spokesman Josh Earnest confirmed the briefing to reporters Wednesday, as well as Issa's absence, saying it was "something we certainly were disappointed by."