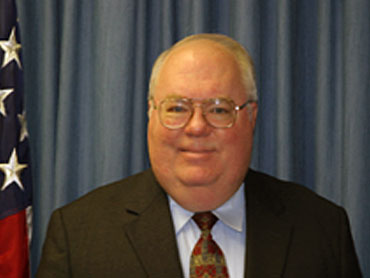 Chris Oynes, who oversees offshore oil and gas drilling at the Mineral Management Service, is stepping down at the end of the month, CBS News has confirmed. The Washington Post first reported the news.

Oynes' retirement comes in the wake of the worsening environmental disaster caused by the oil leak in the Gulf.

The Post reports that former officials at MMS have criticized Oynes for being too close to the oil and gas industry he was charged with regulating.

Last week, President Obama complained that "for too long, for a decade or more, there's been a cozy relationship between the oil companies and the federal agency that permits them to drill."

"It seems as if permits were too often issued based on little more than assurances of safety from the oil companies," he said. "That cannot and will not happen anymore. To borrow an old phrase, we will trust but we will verify."

Last year, Oynes awarded the "Safety Award for Excellence" award to Transocean, one of the companies responsible for the leak, for "strong performance in the U.S. Gulf of Mexico."

Deepwater Horizon, the rig that sprang the leak, was among the rigs to earn a "outstanding drilling operations" and "perfect performance period" designations at the at the MMS National Award luncheon.

"For more than a decade spanning three Administrations, MMS has been a corrupt agency with an extensive history of mismanagement," Rep. Darrell Issa (R-CA), Ranking Member of the House Committee on Oversight and Government Reform, said in a statement. "This wasn't the doing of one, single person, but rather the culmination of a bureaucratic breakdown. Removing one person might be a start, but MMS is in need of an exhaustive overhaul and comprehensive reform."

Interior Secretary Ken Salazar, whose department includes MMS, is in the process of making changes to the organization in the wake of criticism, including splitting the inspection and collection divisions to avoid conflicts of interest.

Oynes' title is associate director for offshore energy and minerals management with the Minerals Management Service. He reportedly informed his colleagues in an e-mail of his plans to retire on May 31st.

Prior to being promoted in 2007, Oynes spent 12 years as the regional director in charge of Gulf of Mexico offshore oil programs. His official bio is here.