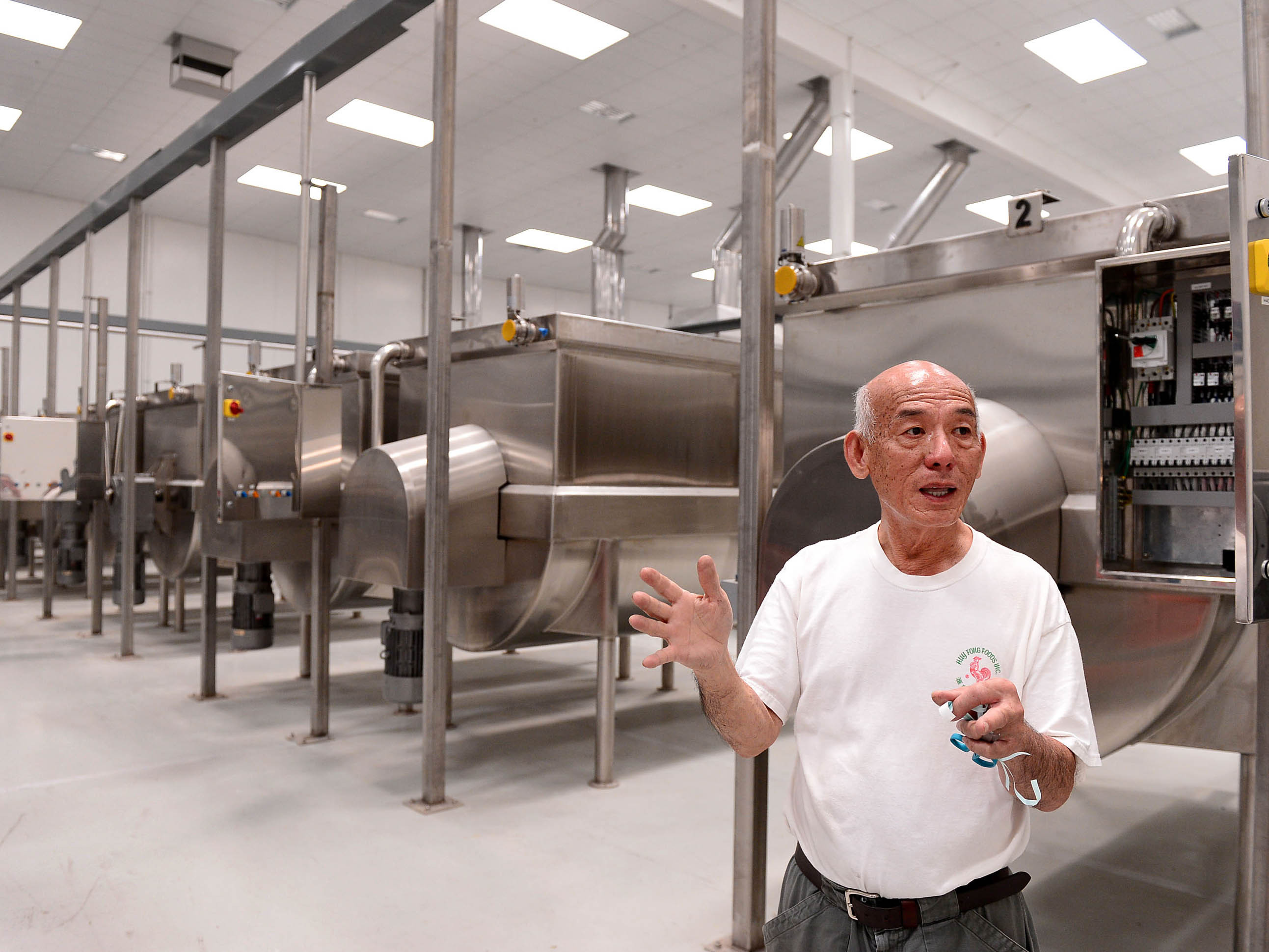 LOS ANGELES There's something in the air in the Southern California city of Irwindale. And some residents aren't happy about it.

The city filed has suit in Los Angeles Superior Court against the maker of the wildly popular Sriracha hot sauce, asking a judge to stop production at the Huy Fong Foods factory, claiming the chili odor emanating from the plant is a public nuisance.

"The odors are so strong and offensive as to have caused residents to move outdoor activities indoors and even to vacate their residences temporarily to seek relief from the odors," according to the suit, filed Monday in Los Angeles Superior Court.

Not everyone objects to the spicy scent.

"It's peppers, chili, nothing out of the ordinary that you wouldn't smell from one of your neighbors," Sabrina Cabrera told the station.

The city, which is about 20 miles east of downtown Los Angeles, is seeking temporary closure of the factory until Huy Fong submits a plan to minimize the smell.

"If they fix it and the odor problems stop, we don't need this order; but so far the odor complaints continue," Galante said.

Huy Fong Foods chief executive David Tran told The Los Angeles Times that the company had been working to address the city's concerns and that it was surprised by the lawsuit. Tran warned that if the plant has to stop production, then the condiment's price may rise.

"If the city shuts us down, the price of Sriracha will jump up a lot," Tran said.

A judge is expected to decide Thursday whether to grant the order..

Huy Fong's green-capped chili bottles are hugely popular and are a fixture at restaurants around the world.

The company had operated out of two buildings in nearby Rosemead since the late 1980s until it opened large factory in Irwindale this year.

All of the chili needed for producing the year's sauce is processed and stored between September and December.