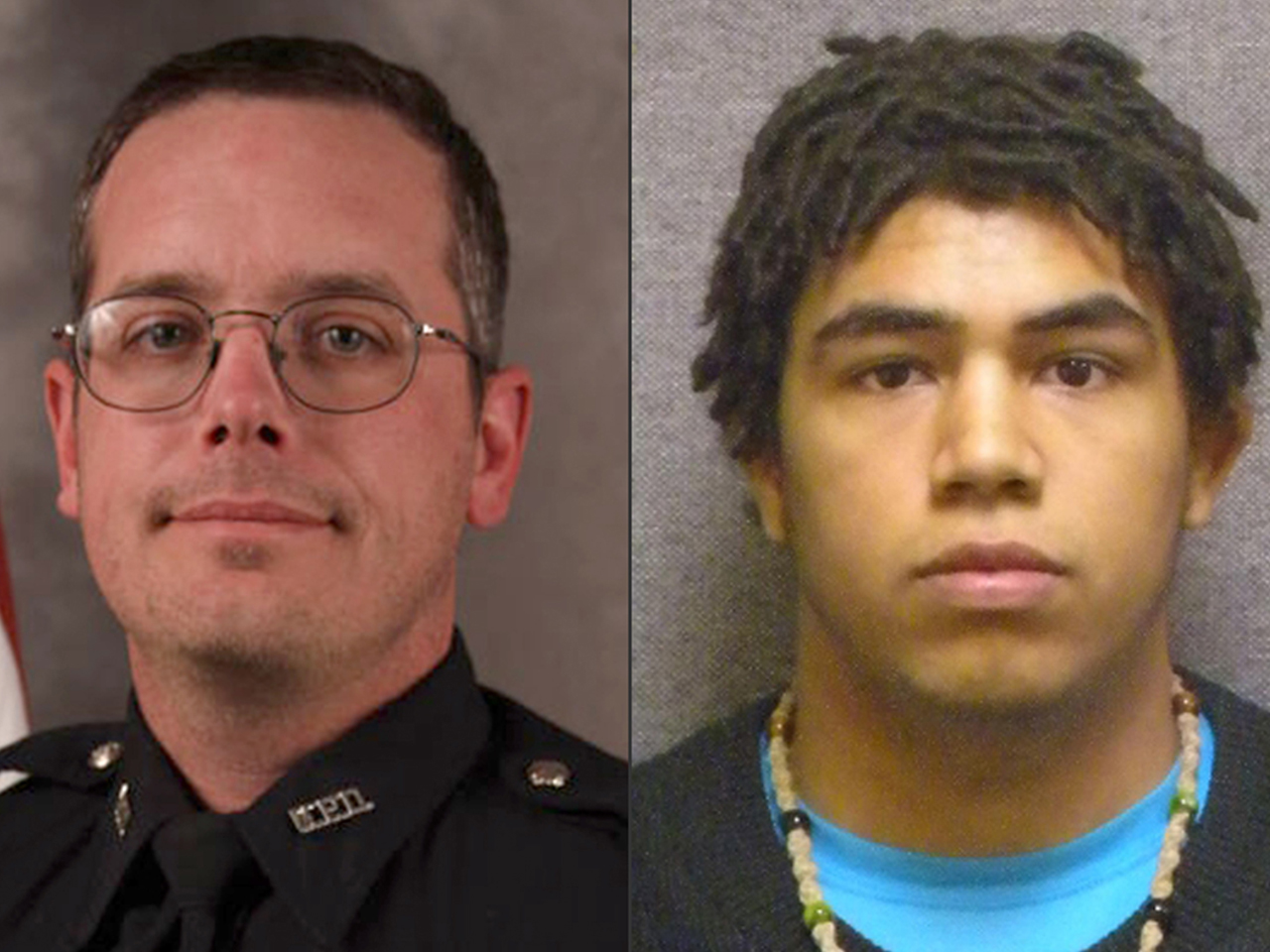 Dane County District Attorney Ismael Ozanne, who is biracial but identifies as black, said he won't file charges against Madison Officer Matt Kenny in the death of Tony Robinson. Kenny shot Robinson on March 6 in an apartment house near the state Capitol building.

"I conclude this tragic and unfortunate death was the result of a lawful use of deadly police force," Ozanne said after giving a step-by-step timeline of events that led to Robinson's death.

Police said Kenny was responding to calls that Robinson was running in and out of traffic and had assaulted two people. They said Robinson attacked the officer after he entered the apartment house.

CBS News' Ryan Corsaro reports that Robinson's grandmother, Sharon Irwin, was visibly upset after the announcement was made. Speaking later Tuesday evening, Irwin said Robinson had been slandered throughout the investigation.

"This is politics, not justice," Irwin said.

Family lawyer John Loevy criticized the district attorney's decision, claiming Kenny had changed his story during the course of the probe.

The city's black community mounted daily rallies for a week after the shooting. The protests were peaceful, although demonstrators demanded Kenny be fired and charged with homicide.

The state Department of Justice investigated the shooting under a state law that requires outside agencies to lead probes into officer-involved deaths. The state agency handed over its findings to Ozanne on March 27.

In March, Robinson's family told CBS News that they were struggling to make sense of what happened. Andrea Irwin said the time since her son's death has been "horrible -- every mother's worst nightmare. I feel like I'm in a dream and I just want to wake up."

Madison Police Chief Mike Koval said an internal policy review is needed to determine if Kenny violated any procedure in responding to the call that ended in Robinson's death. He said he expects to have results of an investigation in another week or so. Koval said he knows some people will want to be arrested at demonstrations following the decision. He said the city is indebted to Robinson's family for calling for protests to be peaceful.

Meanwhile, Madison Police Capt. Kristen Roman warned that they have received threats from reliable sources that gang members plan violence against police officers, in an email obtained by the Associated Press. The warning was emailed to Madison city council members Tuesday shortly before Ozanne announced his decision not to charge Kenny.

The shooting was another in a series of police confrontations that have ignited racial tension across the nation in the past year, and the second such officer-involved death in Wisconsin during the period. Milwaukee Police Officer Christopher Manney, who is white, fatally shot 31-year-old Dontre Hamilton, who was black, during a scuffle in a downtown park in April 2014.

Manney also wasn't charged. The local district attorney, who is white, said Manney acted in self-defense, which sparked days of peaceful protests in the state's largest city. But Manney was fired for what Milwaukee Police Chief Ed Flynn said was improperly frisking Hamilton in the lead-up to the shooting. A police commission upheld the dismissal.

Most recently in Baltimore, riots erupted after the funeral for Freddie Gray, a black man who suffered a fatal spinal injury while in police custody. Other high-profile cases of officers killing unarmed black residents include the deaths of Michael Brown in Ferguson, Missouri; Eric Garner in New York City; and Walter Scott in North Charleston, South Carolina.

Boy, 13, dies after fentanyl overdose at school in Connecticut