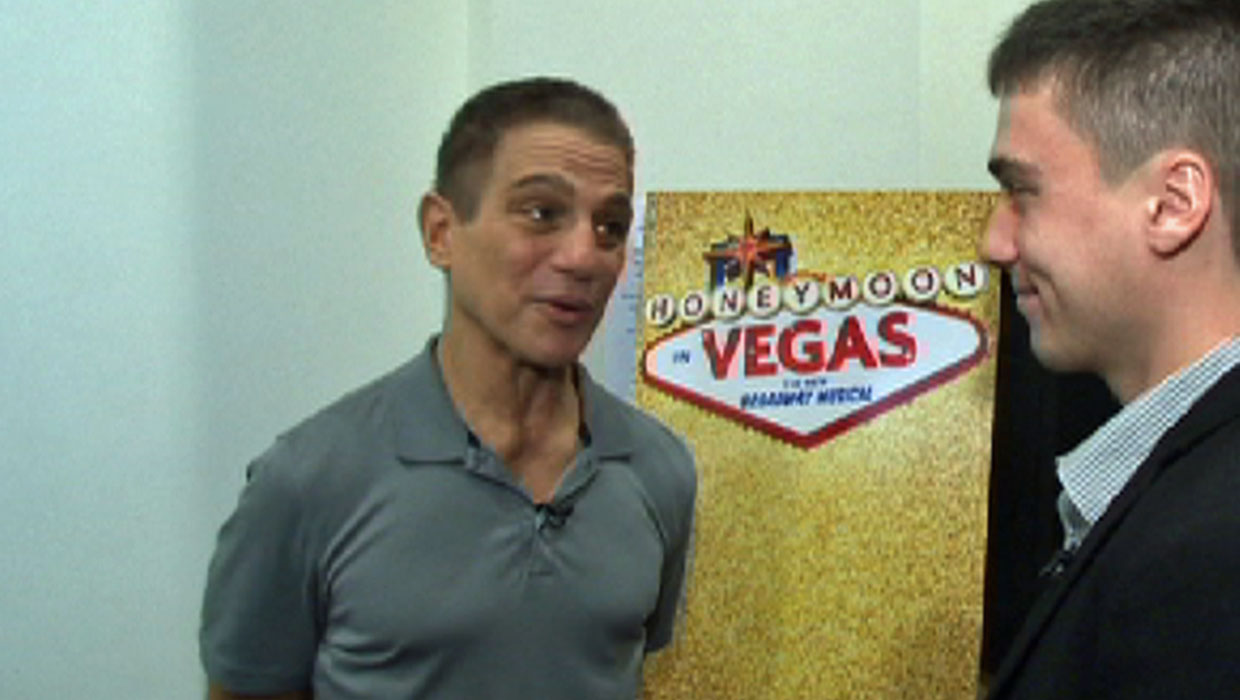 Elvis Presley-impersonating sky-divers will soon make their landing on Broadway with Tony Danza along for the ride.

The Emmy- and Golden-Globe-nominated actor is making his return to the Great White Way with the musical "Honeymoon in Vegas," based on the 1992 romantic comedy starring Nicolas Cage, Sarah Jessica Parker and James Caan.

Danza has previously appeared on Broadway (most recently in "The Producers" in 2006), but never in a role quite like this.

"Honeymoon in Vegas," which has been receiving rave reviews from the likes of The New York Times, features a book written by Andrew Bergman -- the screenwriter and director of the original film. Music and lyrics come from Broadway veteran Jason Robert Brown, fresh off his recent pair of Tony wins for "The Bridges of Madison County."

The story centers around a young man, Jack (Robert McClure), who takes his fiancee, Betsy (Brynn O'Malley), to Las Vegas for a quickie wedding. Their plans are foiled, however, by wealthy gambler Tommy Korman (Danza), who becomes smitten with Betsy and pines for her attention at all costs. Tommy's romantic obsession takes the trio from Vegas to Hawaii and back to Vegas again for a grand climax complete with Elvises falling from the sky.

Danza said he couldn't resist all the fun that came along with the musical, especially as a life-long admirer of The King. "I'm a big Elvis fan," Danza recently told CBS News. "I grew up with him. I saw him on Ed Sullivan. It's really fun. The way we use him in the show is really great. David Josefsberg, who plays Roy who is our Elvis impersonator, the king of the Flying Elvises, he's just an incredible performer. It's gonna bring the house down."

At 63, Danza is still a tour de force on the stage. He sings and dances around with his co-stars for much of the musical and even gets to show off his skills at playing the ukelele during one number.

Brown was inspired to write a song for the musical after watching Danza using the instrument. The former "Taxi" and "Who's the Boss?" star says he's been playing for years, after being inspired by an inspirational message on a daily calendar.

Danza said, "I have a Thought of the Day calendar, I never played an instrument, I never did. You know usually it says 'Be tough, life's hard,' that sort of thing. But one day, it was April 24, it said get a ukelele, a chord book, practice 30 minutes a day for 30 days, you'll play the rest of your life. And here I am, I'm playing for the rest of my life."

You can see Danza show off his ukelele skills when preview performances of "Honeymoon in Vegas" begin on Tuesday. Official opening night is on Jan. 15.

Watch our video above to see Danza talk about what it's like to be back on Broadway.