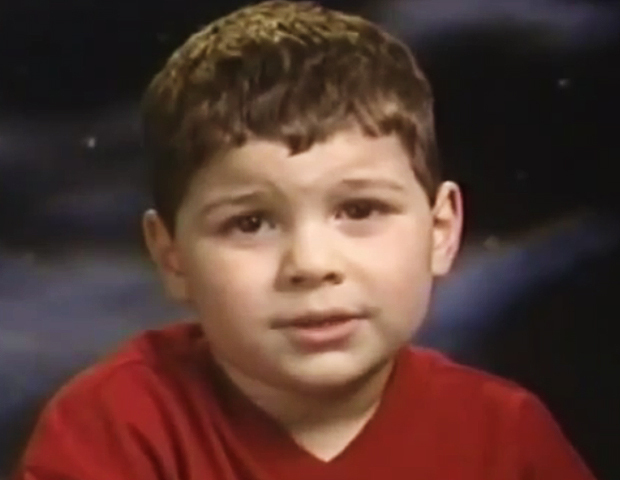 (CBS) - Have you ever tried to say something, and were just entirely unable to articulate what it is that you meant in your head? We've all had a moment or two, but I have to imagine it's never been taken this far.

Our little friend here starts off strong, but stumbles only a few words in, never really able to regain his footing. It seems as if he is trying to ask a question regarding the accomplishment of our impossible real life goals while dreaming (at least that is what he says to me!). But never before have I seen a simple one-sentence question become such a battle.

It's your typical inspirational story about overcoming adversity and never giving up. Ok, maybe not. I cannot tell you why he struggled so mightily or the context of his mouthful of a question. But I can tell you that he amazingly kept his composure while staring defeat in the face, against all odds. It even seems as though he doesn't realize he is struggling so much, just plugging away at another question that is too deep for us all to understand. Then, to see his face, the sense of accomplishment and victory that rushes over him as he reaches the end of the sentence is priceless. Smirking, he leans back, almost as if he knows he just uttered pure brilliance, or completely ruined the plot of "Inception."

Here is my attempt at transcribing his question, one of the more difficult things I have tried recently: