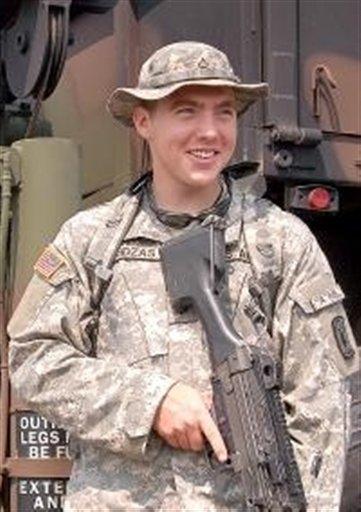 Taco Bell will pay an extra penny for each pound of tomatoes it buys under an agreement with a group of farm workers that had been protesting the fast food chain for three years.

The agreement, announced Tuesday, also brings to an end the periodic protests by the Coalition of Immokalee Workers, a group of mostly Latino laborers from the tomato-growing region around Immokalee, Fla.

The coalition ran a three-year campaign called the "Taco Bell Truth Tour," asking people to stay away from Taco Bell and restaurants run by its Louisville-based parent, Yum! Brands Inc., until the company pressured tomato growers to provide better wages and living conditions for farm workers.

"Today, we are ending our boycott of Taco Bell," said Lucas Benitez, co-director of the Coalition of Immokalee Workers (CIW).

In a statement, Taco Bell's president, Emil Brolick, says the company will work with the CIW to improve pay and working conditions for Florida's tomato farm workers.

"We recognize that Florida tomato workers do not enjoy the same rights and conditions as employees in other industries, and there is a need for reform," says Brolick. "We have indicated that any solution must be industry-wide, as our company simply does not have the clout alone to solve the issues raised by the CIW, but we are willing to play a leadership role within our industry to be part of the solution."

The agreement with the CIW sets up a process for workers to file complaints about their pay or treatment that would be jointly investigated by the coalition and Yum. Yum also agreed to help the coalition set up a strategy to lobby the Florida Legislature for laws requiring better working conditions.

According to its web site, Yum! Brands Inc. is the world's largest restaurant company with more than 33,000 restaurants in over 100 countries and territories and more than 840,000 employees worldwide.

Blum said Pizza Hut does not buy Florida tomatoes for its sauce and the other brands do not use enough tomatoes to have an impact on the market.

Taco Bell buys about 10 million pounds of Florida tomatoes a year, Blum said. The extra penny paid per pound - about $100,000 annually - will be funneled to the farm workers through a small group of suppliers, Blum said. Yum will eat the cost, Blum said.

"The consumer won't be affected by this," Blum said.

The average price per pound at the farm level for the 2003-04 season was approximately 32 cents per pound or about $8.04 per 25-lb. package, according to the Florida Tomato Committee, a marketing group based in Maitland, Fla.

"It would mean almost reaching the poverty level," Benitez said.

The Florida Tomato Committee said tomato farmers hired about 33,000 workers during the last season, which ran from October 2003 through June 2004.

The agreement between Taco Bell and the workers also includes a code of conduct for the restaurant chain's suppliers. The code bans indentured labor, in which workers are brought to Florida and must work off the debt and open themselves to periodic, unannounced inspections.

"We have no tolerance for that," Blum said.

Yum had long resisted a call for the penny-per-pound increase, saying it was only one buyer of Florida tomatoes and that it would only do so if the rest of the industry could be induced to pay more. Yum had also sought an end to the protests.

Blum said Yum agreed to the deal Tuesday because the tomato suppliers, who he declined to identify, agreed to pass along the extra penny per pound to the farm workers.

"We, fortunately, over the last year were able to get the major suppliers to do it," Blum said.

Blum and Benitez said they hope the agreement will lead other restaurants and supermarkets to work out a similar deal to help the farm workers.

Benitez said the farm workers are open to future protests and boycotts to pressure other tomato buyers into helping the workers.

"Anything is possible in this struggle," Benitez said.