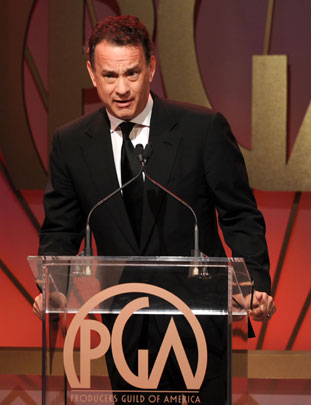 Now the star is slated to play Captain Richard Phillips, the head of the cargo ship Maersk Alabama hijacked by pirates in 2009.

Phillips gave himself up as a hostage to keep his crew from being kidnapped, and the ordeal lasted three days before Navy SEALS raided the ship and killed three pirates.

Cpt. Phillips was hailed as a hero and got a book deal out of the story, "A Captain's Duty." The movie is based off of this memoir.

There is no director attached yet, but many of the producers from "The Social Network" - including Kevin Spacey, Scott Rudin and Mike De Luca - are on board, according to Deadline.