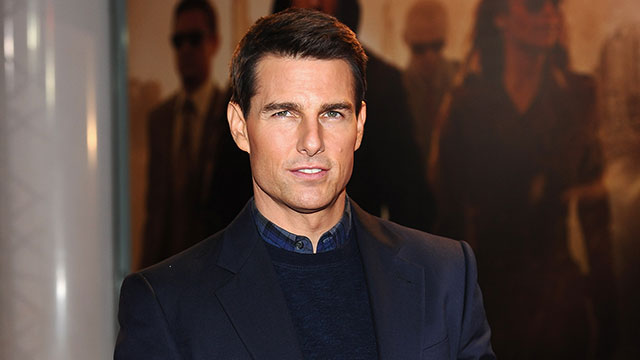 (ETonline) Tom Cruise's lawyer is speaking out in response to a new Vanity Fair expose that claims a top-secret Scientology project was used to find a mate for the star, telling ET that the article is "long, boring and false."

The new VF issue claims that in 2004, before Cruise married Katie Holmes, Scientology members embarked on a top-secret project headed up by Shelly Miscavige, the wife of Scientology chief David Miscavige, to find a girlfriend for Tom Cruise that involved an elaborate auditioning process. The article goes on to detail very harsh treatment that Nazanin Boniadi, an Iranian-born, London-raised actress and Scientologist, allegedly experienced after she was selected to date Cruise from November 2004 until January 2005.

Spokespeople for Scientology deny that any such project existed, and both David Miscavige and Tom Cruise declined to be interviewed by the magazine. A statement from the Church in response says in part, "The entire story is hogwash. There was no project, secret or otherwise, ever conducted by the Church to find a bride (audition or otherwise) for any member of the church. The allegation and entire premise of the Vanity Fair article is totally false . . . We have been denying this ridiculous tale now since it first appeared in print four years ago."

Oscar winning Crash writer-director Paul Haggis, an outspoken former Scientologist, confirmed the Boniadi story to Showbiz411.com, saying he's known the actress for about three years. He says in part, "I was deeply disturbed by how the highest ranking members of a church could so easily justify using one of their members; how they so callously punished her and then so effectively silenced her when it was done. It wasn't just the threats; they actually made her feel ashamed, when all she had been was human and trusting." He goes on to say, "I've met quite a number of people who have been treated shamefully but are afraid to speak out. ... They live in fear of retribution, legal, financial or personal, even some famous ones."

The Church also responded to Haggis' words, saying in part, "Both Paul Haggis and Nazanin Boniadi are members of a small self-proclaimed 'posse' of anti-Scientology apostates founded by self-admitted liars and suborners of perjury. This posse has been selling stories to the highest bidder for years . . . In recent weeks, they have exploited this high profile divorce in any way they can by spreading lies to draw attention to themselves so they can make money shilling their self-published books."

The new issue of Vanity Fair is on stands Thursday in New York and L.A. and nationwide on September 11.