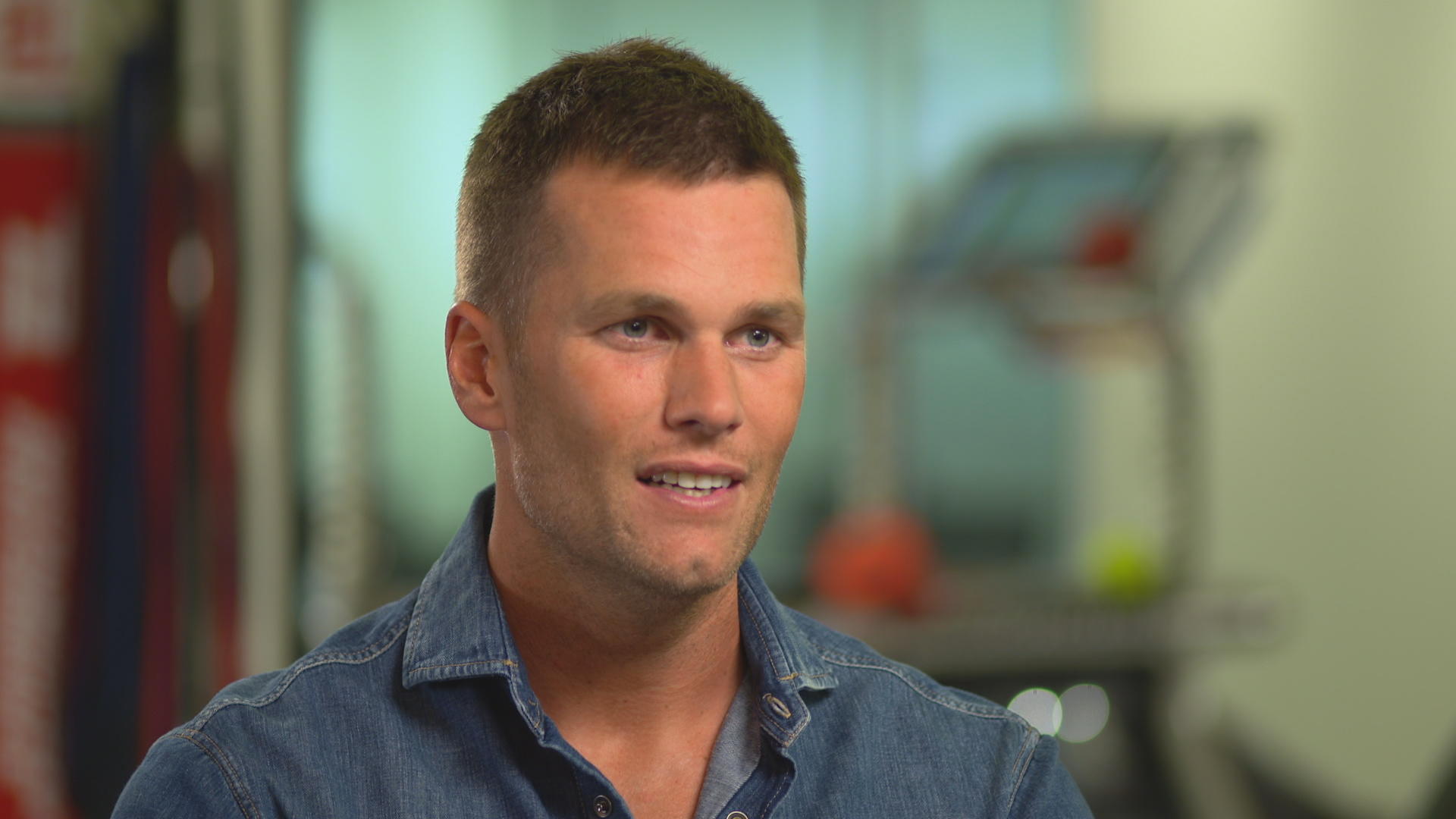 As the new football season begins, he's at the TOP OF HIS GAME.  We're talking about Tom Brady, the New England Patriots quarterback who seems impervious to age. He talked to Norah O'Donnell of "CBS This Morning":

But just as impressive as his ability to defy the odds is Brady's knack for defying his age.

O'Donnell asked, "Is there any chance that this is your last year?"

At 39, the New England Patriots captain became the second-oldest quarterback in NFL history to win a Super Bowl. Now he's 40, and entering his 18th season. Brady is an expert at beating the clock, in more ways than one.

If there's a magic formula, you'll find it inside a fitness facility near Gillette Stadium, where the Patriots play. It's called the TB12 Sports Therapy Center. Brady's a co-owner.

Using resistance bands rather than heavy weights, Brady focuses on something he calls "pliability" -- the lengthening and softening of muscles.

He's written a book about it, called  "The TB12 Method: How to Achieve a Lifetime of Sustained Peak Performance"  (published by Simon & Schuster, a CBS company).  He says it's a healthy guide to living for everyone of every age.

"The average Jane or Joe is gonna be like, 'I'm sorry, I can't train the way Tom Brady trains,'" O'Donnell said.

"Some people may be able to do some things better than I can," Brady said. "Hopefully they don't throw the football better than me, which is what I'm really trying to do!"

But even more difficult than throwing like Tom Brady is eating like him. O'Donnell asked him about the foods he eats, or doesn't:

Sugar? "On occasion. A little bit."

His book tackles eating like a science, outlining portion sizes and timing between meals and rest. Most of the time for breakfast, Brady wakes up to a "calorie-dense, nutrient-dense" smoothie.

The NFL superstar also showed O'Donnell around his home outside Boston, which he shares with his wife, supermodel Gisele Bündchen. It's not as glamorous as you might think. A typical night is spent with the kids doing their homework. "And then we'll put 'em in bed by about 8:30," Brady said. "That usually lasts -- depends on how well they negotiate -- to about 8:45. And then we'll get into bed around 9:00."

Clearly, Tom Brady is a man of routine. And he says that mindset has helped him avoid major injuries, with the exception of a knee tear back in 2008.

He writes in his book playing professional football is like getting in a car crash every Sunday.

O'Donnell asked, "Do you worry about concussions?"

"I don't worry about 'em, no," he replied. "I mean, I'm not oblivious to 'em. I mean, I understand the risks that come with the physical nature of our game."

"But do you think all the studies that have come out about concussions affects the future of the NFL?"

"I don't know what the future is gonna look like, you know, and I'm not gonna pretend to predict it. And I'm going to do everything I can to take care of my body in advance of the hits that I'm going to take on Sunday."

But some of his hardest hits have come off the field. Last season, he served a four-game suspension for "Deflategate."

O'Donnell said, "People that are not Patriots fans are tough on the Patriots -- 'Oh, they're cheating, they don't play fair.' Do you think that's 'cause the Patriots are winning a lot?"

"I think that the players that I meet, they have a lot of mutual respect for our team. And that's probably what matters the most to me," Brady replied. "I've never been a sore loser. I've never made excuses of why we lost a game, or blame the ref, or the wind, or, you know, 'it snowed,' or, you know, made something up about some other team."

Also controversial is Brady's "body coach" and business partner Alex Guerrero, who helps run the TB12 Center. Guerrero has been investigated in the past by the Federal Trade Commission.

Brady will be looking to build on his own success this season, as much for himself as for his mom, who's battling cancer. Earlier this year, Patriots owner Robert Kraft gave her a special gift: A Super Bowl ring. "I know. It's totally not like her!" Brady laughed. "I mean, anyone who knows my mom, like I'm sure she's got it to show her friends if she needs to."

And if Tom Brady keeps it up, who knows? He soon may have a ring for EVERY member of his family.

When asked if he thinks he can still be an NFL quarterback at age 50, Brady laughed: "Fifty is a long ways!"

Tomorrow join Norah O'Donnell on "CBS This Morning" as she continues her conversation with Tom Brady, talking age and exercise.