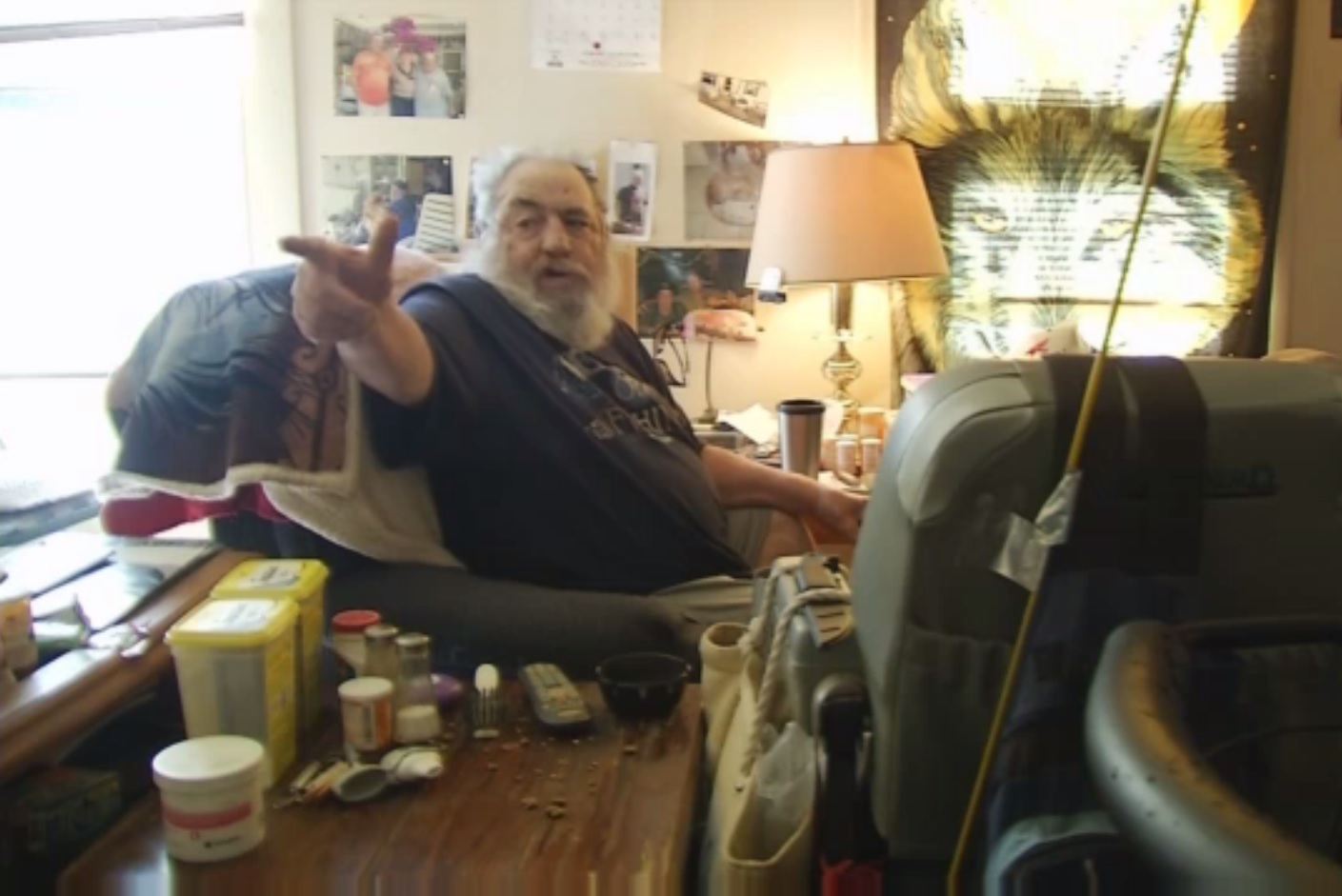 ROCKLAND, Maine -- After five burglaries in six years, a retired Maine lobsterman bought a gun to defend himself and ended up shooting an intruder hours later.

Harvey Lembo, 67, said in an interview with CBS affiliate WGME that he bought a revolver on Monday. While he was in bed just hours later he heard an intruder.

"I had the gun under my pillow. I reached out and I cocked it. And I got in my wheelchair.," Lembo said.

Lembo confronted the alleged intruder in his home rifling through his prescription medication and held him at gunpoint.

But while Lembo was on the phone, the man jumped up and ran.

"That's when I shot him, yes. I shot just like that," Lembo. Just barely missed the side of the wall. Got him in the shoulder. If he'd have sat there, nothing would have happened. But he wanted to leave. And I've had enough of it. I've had enough."

When police arrived, they followed a trail of blood to 45-year-old Christopher Wildhaber of Rockland.

Wildhaber was treated for a gunshot wound to the shoulder and is now behind bars facing a burglary charge.

A district attorney will decide whether Lembo will face charges in the incident. In the meantime, he told WGME that future burglars should be ready for his revolver.

"They're going to have the same treatment. And one of them might be worse. Might be fatal. 'Cause I ain't messing around no more," Lembo said.