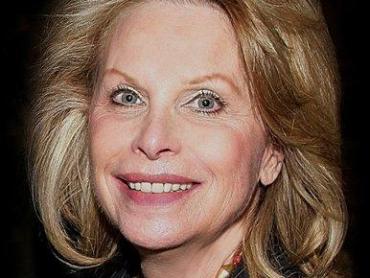 (CBS) - A man claiming to have led police to the murderer of Hollywood publicist Ronni Chasen is suing for $125,000 in reward money he says he's owed.

According to TheWrap, the anonymous tipster is suing both Harold Matzner, chairman of the Palm Springs Film Festival and publicist Michael Levine in L.A. Superior Court Monday, claiming breach of contract, promissory estoppel and fraud.

The suit reportedly demands a $100,000 reward promised by the Palm Springs festival, and a $25,000 reward offered by Levine.

Although the tipster claims he called the television show  "America's Most Wanted" with information that led police to alleged killer Harold Martin Smith, Matzner told TheWrap there's not enough evidence to prove Smith was actually the killer and to justify distributing the reward.

"All we have is a gun. We don't have anything else," he told TheWrap. "And I'm sorry that's where we are."

Smith, who police had labeled as a "person of interest" in the slaying of the Hollywood publicist, shot and killed himself at a Los Angeles residential hotel just as Beverly Hills detectives served a search warrant.

In July, police told TheWrap that Chasen was murdered with a gun stolen from a police officer, and officially closed the case.

Matzner, TheWrap reports, said that despite declaring the case closed, Beverly Hills police have offered him no hard evidence that Smith shot Chasen.

"It's not enough with a case of this import to simply declare it closed without revealing the evidence that supports that conclusion," said Matzner. "All we have is the gun. I can't get anything else from the Beverly Hills police department. That's not enough. If they have something that puts him at the scene with the gun, they need to share it. "

Chasen was an influential behind-the-scenes player in Hollywood with a long track record in promoting films such as "Driving Miss Daisy," "On Golden Pond," "Wall Street: Money Never Sleeps" and others, as well as their stars. She also promoted movie soundtracks and songs.

Hours before she was killed, Chasen had been promoting "Burlesque."