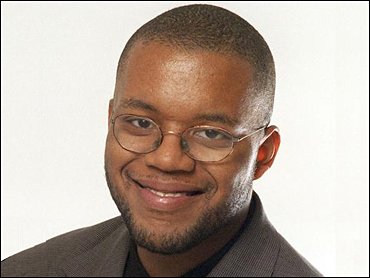 Pulitzer Prize-winning reporter Rick Bragg has resigned from The New York Times after the newspaper suspended him over a story that carried his byline but was reported largely by a freelancer.

The resignation came Wednesday as The Times tried to rebound from a scandal in which the newspaper found fraud, plagiarism and inaccuracies in 36 of 73 recent articles by reporter Jayson Blair.

Bragg, who had blamed his suspension on what he called a "torturous atmosphere" at the newspaper since Blair's May 1 resignation, said he offered his resignation Wednesday evening.

Executive Editor Howell Raines said in an e-mail to staff late Wednesday that the resignation had been accepted.

"We know this has been a difficult period," Raines added. "We have full confidence in our staff and will be talking with you more in short order."

Speaking to The Associated Press from New Orleans, where he is based as a national correspondent, Bragg had said earlier Wednesday that he planned to follow through on a decision — made before the controversy erupted — to leave the newspaper, probably this summer, to write two books.

Later, Bragg said that staying on "would only lead to more tension. I don't want to have that tension in my life, and I do not wish it on The Times…I do wish the best for The Times."

The Times suspended Bragg, reportedly for two weeks, over his handling of a feature story about Florida oystermen. It said in an editor's note last Friday that while Bragg wrote the June 15 article and visited the Gulf Coast town of Apalachicola, a freelancer handled interviewing and other reporting at the scene.

The note said the article should have carried the freelancer's byline along with Bragg's, but Bragg said the newspaper often uses freelancers to report from the scene of a story without giving them credit.

"There is a huge gap in byline policy and byline practices here," he said. "It is virtually impossible to get a freelancer a byline in The New York Times."

But Catherine Mathis, a spokeswoman for The Times, said "given the amount of reporting the freelancer did, he should have also had a byline on the story."

"Especially in a story vivid in reconstructing sights and sounds, readers logically infer that the bylined correspondent has heard the voices and experienced the scenes," Mathis said.

Both The Times and Bragg agree that he had set out to write a broader story about development on the Gulf Coast. Bragg said he did reporting in other cities and briefly visited Apalachicola. But he said J. Wes Yoder — a recent college graduate who had volunteered to work as an intern for Bragg — spent four days there and reported such a compelling story that Bragg decided to narrow the scope.

"Mostly his job was to soak up the oyster fishermen … get everything he could from them, and he did. And he did a wonderful job," Bragg said.

Bragg, 43, who joined the paper in 1994, said he uses freelancers when time demands it, such as covering a lengthy court trial, or when he needs expertise, such as on environmental stories. But he also said that using a freelancer's reporting as the main basis for a story is commonplace at The Times.

But a Times reporter who covered the South for three years for the newspaper before moving to its Washington bureau said that while stringers are used for tips or breaking news stories, "it would have been unthinkable for a national reporter to use a stringer for a descriptive feature story."

"The reporters that I know don't simply beautify the notes of stringers, interns, news assistants and clerks; they take most of those notes themselves, and they take pride and pleasure in doing so," David Firestone said in a letter posted on the Web site of the Poynter Institute, a journalism school. "They want to see the faces of the people they interview."

According to The Times, in one of a flurry of emails among staffers discussing Bragg's conduct, Washington-based correspondent Peter T. Kilborn wrote, "The interventions of editors and rare feeds from stringers notwithstanding, we dig stuff up ourselves and chase things down ourselves and put it together ourselves."

Bragg said that even before the suspension, he had planned to leave The Times to fulfill a two-book contract with Random House.

Bragg has written several books, including the memoir "All Over but the Shoutin'," and won the feature-writing Pulitzer in 1996, two years after he began working for The Times.

The Pulitzer committee made the award because of what it called Bragg's "elegantly written stories about contemporary America."

Blair, 27, resigned after he was found by The Times to have "committed frequent acts of journalistic fraud." The newspaper announced it would form a committee to review newsroom policies, including hiring practices, the use of unidentified sources, the use of freelancers and byline and dateline practices.