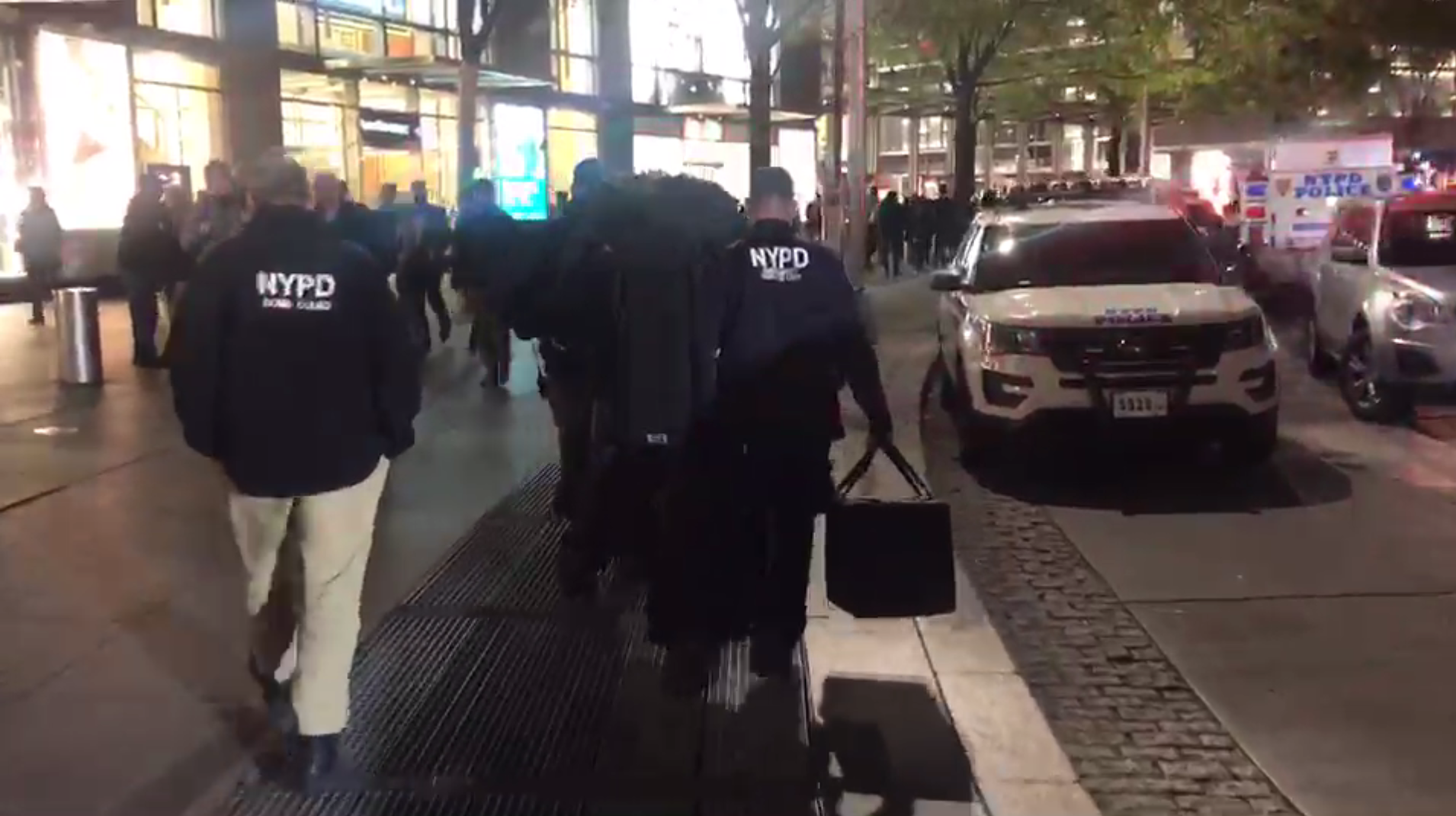 New York City's Time Warner Center, the building that houses CNN's Manhattan headquarters, was partially evacuated Thursday for about an hour as police investigated a "pair of unattended packages" found inside, the NYPD said. Thursday night's evacuation comes a day after a bomb was mailed to CNN, addressed to former CIA director John Brennan.

At 8:39 p.m., NYPD spokesman J. Peter Donald tweeted the bomb squad had delcared "all clear" on the packages. The mall on those floors was being re-opened by then, he tweeted.

The NYPD told CBS News that the bomb squad reported to a suspicious package on the third floor, and they evacuated that floor and the second floor.

The NYPD said the entire building was not being evacuated.

The building also houses a number of shops, called The Shops at Time Warner Center, on the first three floors. There is a Whole Foods in the basement.