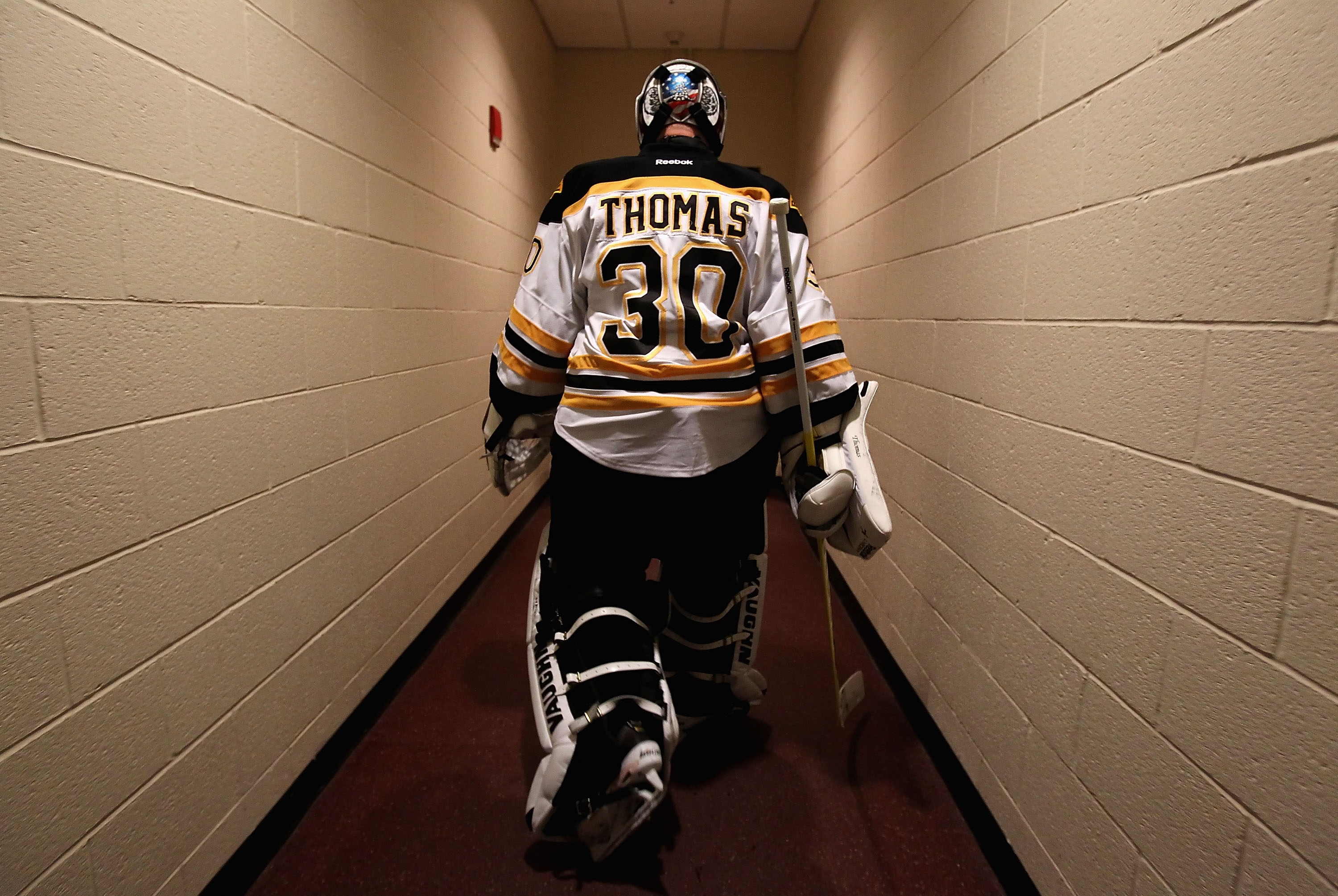 By now everyone knows Boston Bruins' goaltender Tim Thomas elected not to go to the White House Monday with his teammates, who were at 1600 Pennsylvania Ave. to be honored for their 2011 Stanley Cup championship.

The Flint, Mich. native said it wasn't about "politics or party" and yet he also took the time to slam the government for being "out of control," which sounds kind of political to me.

On the ice, Thomas wears a helmet with the slogan "Don't Tread on Me" and, according to the Boston Herald, he is a big fan of Glenn Beck.

Thomas is certainly entitled to his views and has every right to decline a trip to the White House but to say his decision is "not about politics" is like saying that fewer fights in the NHL is a dangerous trend. It doesn't make sense.

Either way, the winner of the Vezina Trophy as the league's top goaltender in the regular season and the playoff MVP last year is not the first professional athlete to snub Mr. Obama.

In September, former Chicago Bears great Dan Hampton declined an invitation to a 25-year celebration of the team's Super Bowl win at the White House. (The original event was canceled because of the Space Shuttle Challenger tragedy two days before.)

As for Hampton, he said he wasn't happy that players' wives and children weren't invited to the event. But he also added this unambiguous rationale: "I'm not a fan of the guy in the White House."

Fair enough. Give Hampton credit for not watering down his rationale with a "this isn't about politics" disclaimer.

While Biffle and Stewart said their decision had absolutely nothing to do with politics, Sprint Cup champion Jimmie Johnson took issue with the snubs, tweeting: "Regardless of political views, when (president of the United States) sends an invite and wants to honor you at the White House, you accept," Johnson wrote. He signed off the tweet with a hash tag with the word "respect."

Obama is not the only president to deal with a jock nixing an invitation. In 1996, former Packers tight end Mark Chmura declined to attend a Super Bowl tribute with President Clinton. He said he skipped the White House meet-and-greet because of the Monica Lewinsky scandal.

Four years later, Chmura was accused of sexually assaulting a 17-year-old babysitter. He was found not guilty but later acknowledged that his behavior "wasn't something a married man should do."