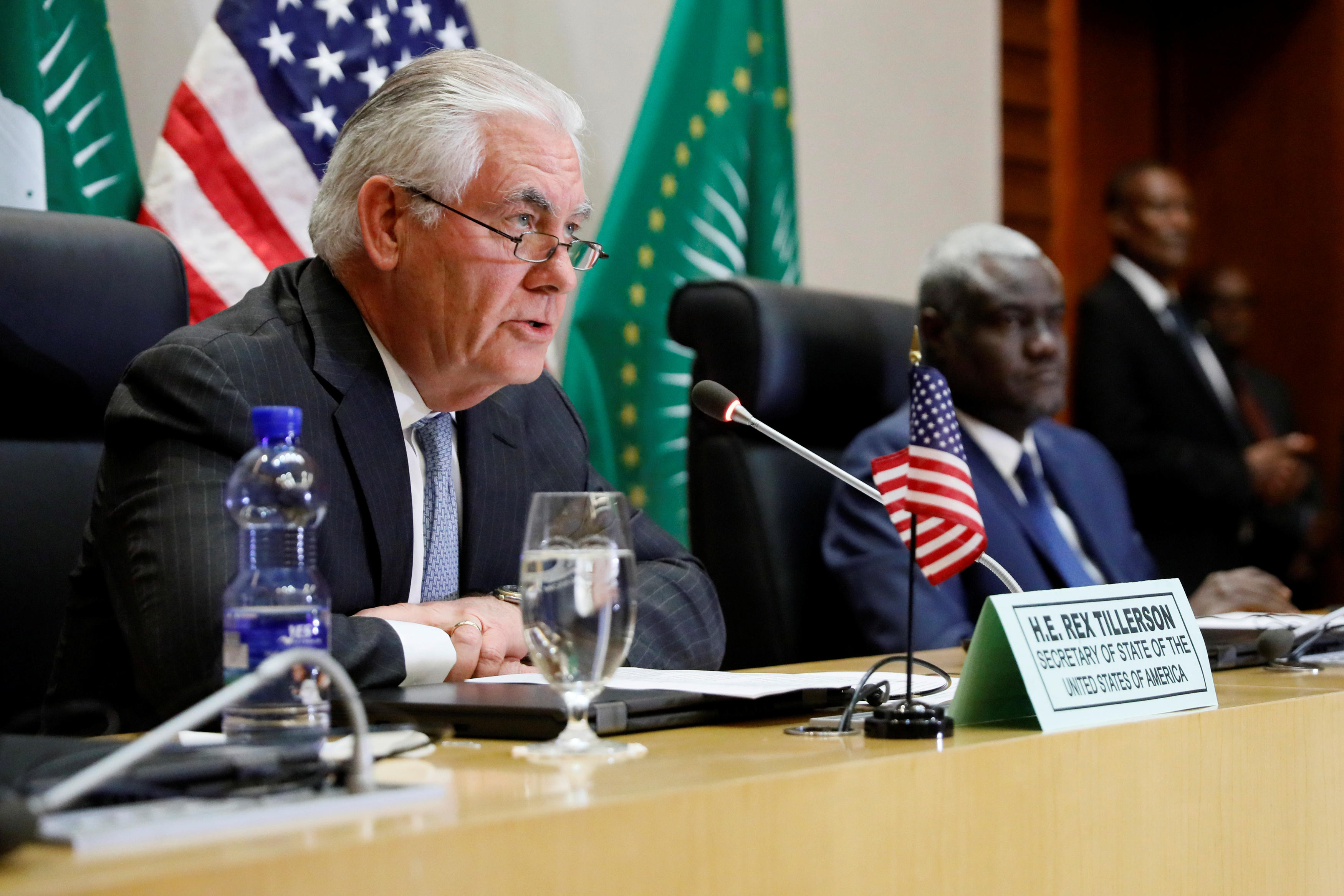 ADDIS ABABA, Ethiopia -- The U.S. commitment to Africa "is quite clear," Secretary of State Rex Tillerson said Thursday in the Ethiopian capital, at the first news conference of his five-country Africa trip. Tillerson, sitting beside the Chairperson to the African Union, avoided directly answering questions about President Trump's alleged vulgar language in a discussion about immigrants from African nations — though a journalist bluntly asked him if he agreed with Mr. Trump's controversial comments.

"The President himself wrote a personal letter to the chairperson, reaffirming the importance of this relationship from the standpoint of all aspects that I've covered," said Tillerson at the African Union headquarters.

AU Chairperson Moussa Faki Mahamat signaled that African leadership is ready to move on. Mr. Trump's remarks from January are, "an incident of the past," he said. He noted that he received the letter from Mr. Trump reaffirming the U.S. commitment to Africa and said that sentiment was "personified" with Tillerson's visit. That is a marked change in rhetoric from the African Union, which had demanded an apology and a retraction of Mr. Trump's alleged remarks earlier this year.

"The African Union Mission condemns the comments in the strongest terms and demands a retraction of the comment as well as an apology to not only the Africans but to all people of African descent around the globe," wrote Faki in a statement in January.

Tillerson also warned on Thursday of Chinese investment, but acknowledged that it is needed in some cases to build African infrastructure.

"We are not in any way attempting to keep Chinese investment dollars out of Africa. They are badly needed. However, we think it's important that African countries carefully consider the terms of those investments."

Tillerson said Chinese investment often leads African countries to default on debts, and he warned that the Chinese also often neglect to train local populations, which can enable Africans to be involved in charting their own future.

Faki noted that Africans are "mature enough" to engage with countries on their own, and are keenly aware of their interests. He said there was no monopoly on investment in African countries.

Tillerson noted that corruption, whether it be high level secret deals, or petty deals on the street, is harmful to African society.

Tillerson will continue to advocate for good governance and transparency throughout his African trip, arguing that advances in those areas will help draw more private investment from the U.S.