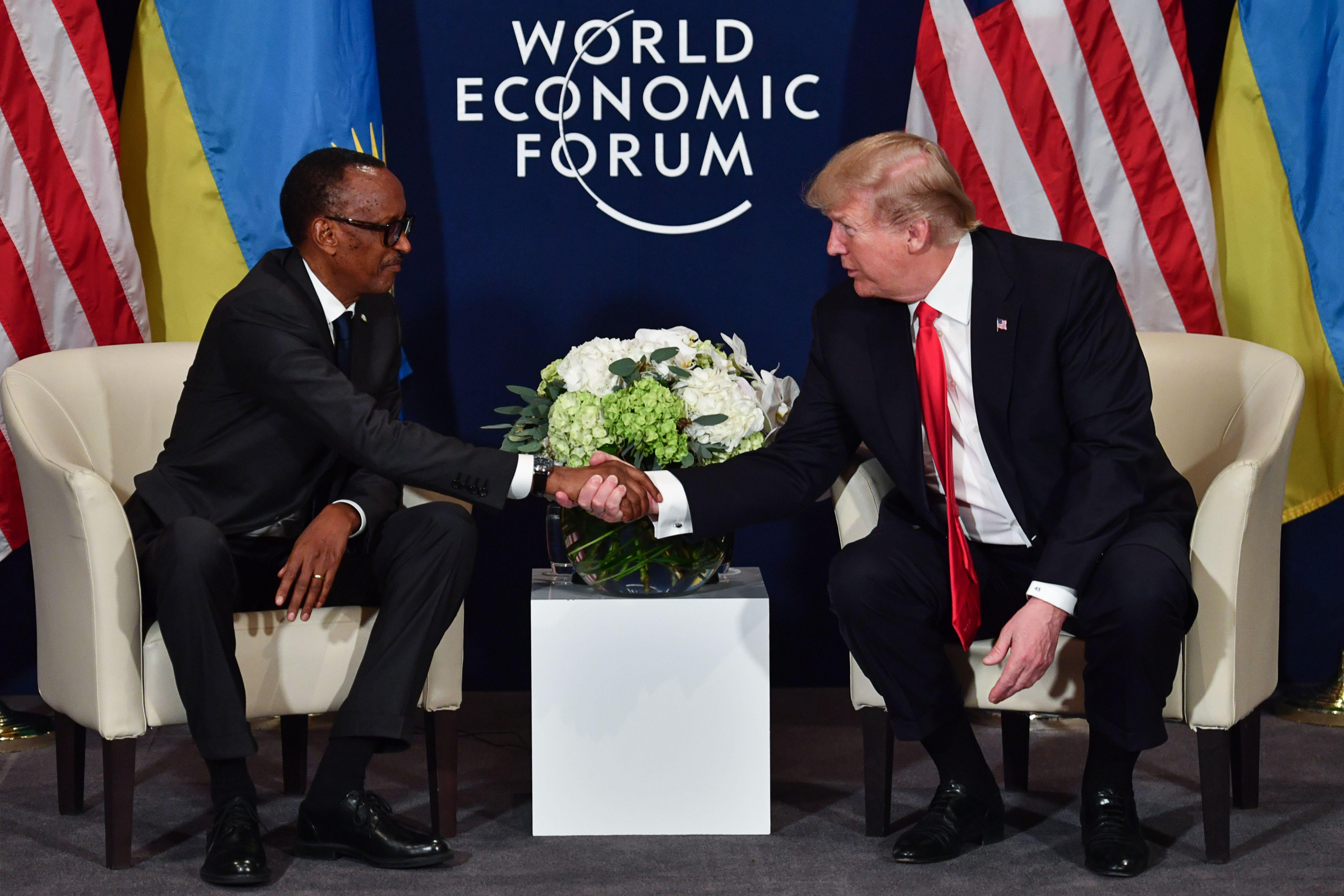 DAVOS, Switzerland -- President Donald Trump sought to mend relations Friday with a key African leader in the aftermath of his controversial comments about African nations, praising the U.S. partnership with Rwanda along the sidelines of the annual World Economic Forum.

Mr. Trump's meeting with Rwandan President Paul Kagame came shortly after the U.S. leader drew widespread condemnation for referring to African nations as "sh*thole countries" in dismissing a bipartisan immigration proposal, according to those at the meeting.

The president has denied using that language. Others present insist he did.

Mr. Trump described having "tremendous discussions" with Kagame, who is beginning a one-year term as head of the African Union, a 55-member continental body that criticized the U.S. president's remarks.

"It really truly is a great honor," Mr. Trump told Kagame, noting his role with the Union. "So please give my regards, I know you're going to your first meeting very shortly. Please give my warmest regards. But it's an honor to have you as a friend."

Mr. Trump tweeted after the meeting that it "was an honor" to meet with Kagame. "Many great discussions!"

Kagame said they had "good discussions" on economic and trade issues. He said the African Union is "looking forward to working with the United States." Mr. Trump's national security adviser H.R. McMaster had said the two would discuss security and economic issues.

The State Department hurried to reassure African nations, with the department's Bureau of African Affairs tweeting that "the United States will continue to robustly, enthusiastically and forcefully engage" with them.

Heads of state are expected to come up with another response to Mr. Trump at an African Union summit that starts Sunday in Ethiopia. The U.S. will be represented at the summit by Ambassador Mary Beth Leonard, the U.S. envoy to the AU, instead of the traditional high-level delegation.

Kagame has led his East African nation of 12 million people since the end of its genocide in 1994 in which more than 800,000 people died. He has been praised for the country's economic growth, but human rights groups accuse his government of using state powers to silence opponents.

Rwandan authorities have denied the charges.