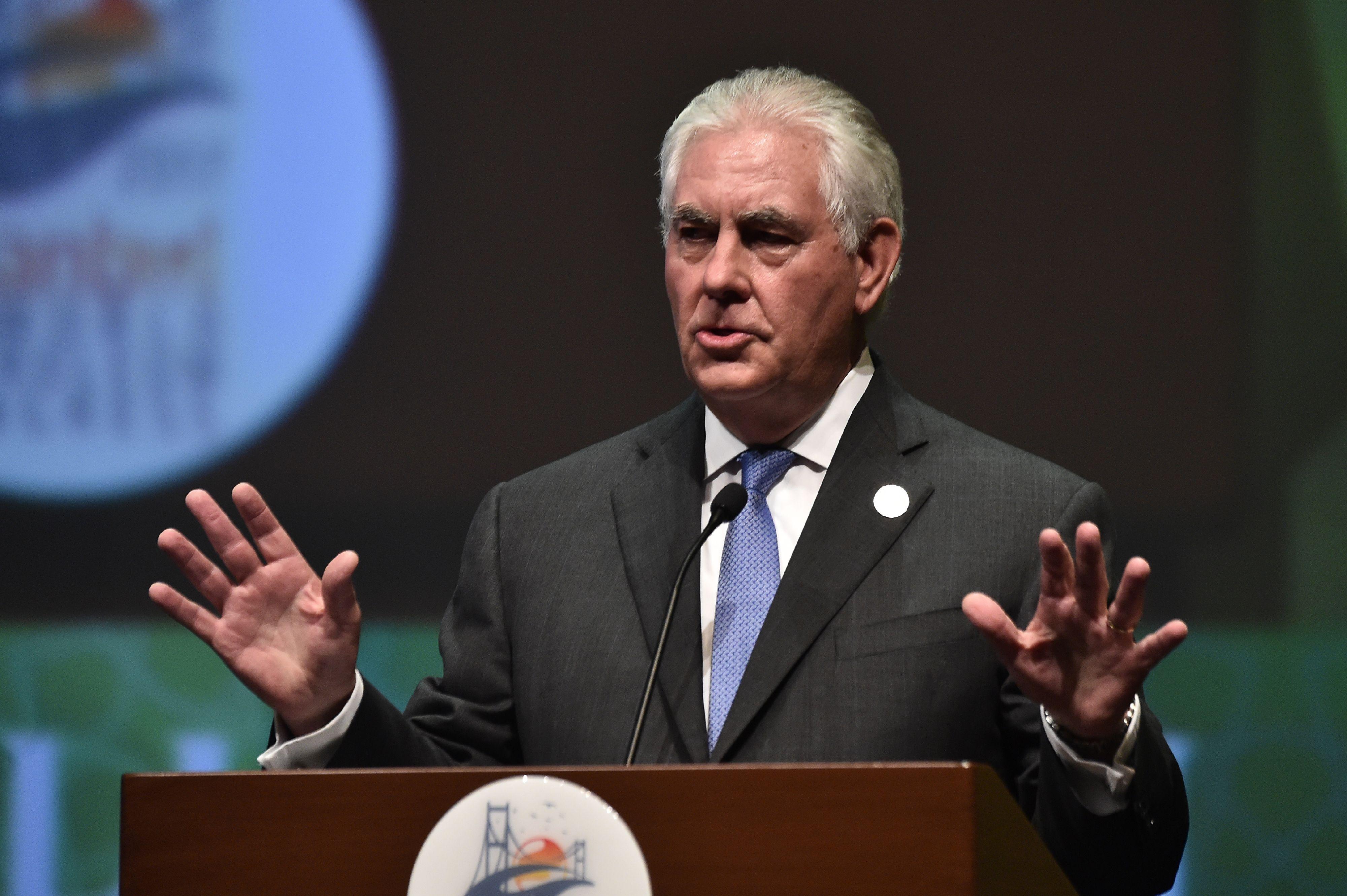 KIEV, Ukraine -- U.S. Secretary of State Rex Tillerson has told Russia that it must take the first steps to reduce tensions in eastern Ukraine, and that American and European sanctions will remain in place until Moscow reversed course in the region.

Tillerson's short visit to Kiev comes as the U.S. explores taking a greater role in a European-led effort to end the three-year conflict in Ukraine's east that has claimed around 10,000 lives. Russia annexed the Crimean Peninsula from Ukraine in 2014.

Tillerson has appointed a special envoy to examine possibilities for jump-starting implementation of a two-year-old peace roadmap known as the Minsk Agreement.

"We do call on Russia to honor its commitments that were made under the Minsk accords and to exercise influence over the separatists in the region that they have complete control over," Tillerson said, adding later: "The U.S. and E.U. sanctions on Russia will remain in place until Moscow reverses the actions that triggered these particular sanctions."

Tillerson's tough talk clearly pleased Ukrainian President Petro Poroshenko, who has long complained about Russian interference in his country's east and has watched nervously as the Trump administration has sought to improve ties with Moscow.

Poroshenko thanked Tillerson for the continued U.S. commitment to Ukraine's sovereignty and territorial integrity. He also expressed deep appreciation for his "symbolic and timely visit immediately after the meetings at the G-20 in Hamburg," where Mr. Trump met with Putin.

Tillerson also addressed Mr. Trump's meeting with Putin. During the meeting, Mr. Trump broached the subject of election interference, and Putin denied any role in hacking the 2016 election.

When asked about the meeting on Sunday, Tillerson said, "In all candidness we did not expect an answer other than the one we received. And so I think that was about the way we expected the conversation to go."

He added, "I think the point was made that this was an issue that really has the American people quite concerned and again it, too, stands as an obstacle to our ability to improve our relationship between the United States and Russia, and it needs to be addressed in terms of how we assure the American people that interference in our elections will not occur by Russia or anyone else."

Tillerson told reporters Sunday that the U.S. is going to have a dialogue on how to gain such assurances from their Russian counterparts, adding "the important thing is how do we assure that this doesn't happen again."

He noted that Mr. Trump agreed with Putin on the cyber front, and that they are looking to explore ways to deal with cyber threats and cyber security.

"The election interference really shows how complicated the use of these types of tools are becoming. We have to find a way to begin to address that and it's not going to be only about Russia it's going to be about international engagement as well."