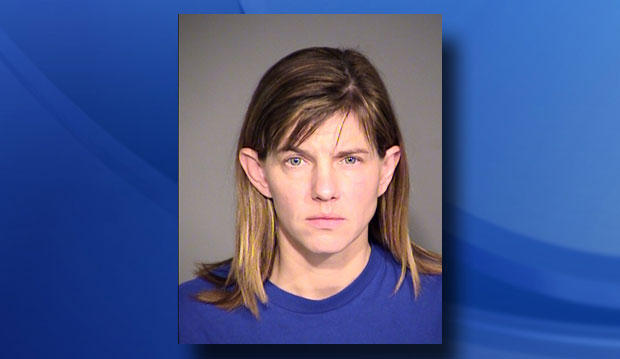 The boy developed life-threatening blood infections as a result that also delayed his cancer treatment, the station reports.

Tiffany Alberts, 41, of Wolcott, Ind., a teacher, faces six counts of aggravated battery and one count of neglect of a dependent resulting in serious bodily injury, all felonies.

A child abuse investigation was launched Nov. 17 at Riley Hospital for Children in Indianapolis when medical staff said a 15-year-old boy being treated for leukemia there developed several unexplained infections.

According to court documents, video surveillance showed Alberts inject an unknown substance into the boy’s IV line with a syringe multiple times.

Medical staff there told investigators the boy received his first round of chemotherapy in September and then went home. But he returned a few days later with a high fever, vomiting and significant bouts of diarrhea, the station reports. Doctors found the child’s blood had organisms normally found in stool, and experts couldn’t find a medical explanation for the persisting blood infection.

According to court documents obtained by the station, Alberts was brought in for questioning. She allegedly first told investigators she injected water into her son’s IV to “flush the line” because the “medicine that was given to him burned,” the documents said.

But the woman allegedly later confessed, telling investigators she injected the boy’s IV with fecal matter several times since Nov. 13. She claimed she only did it to get her son moved to another unit at Riley, where she said treatment was better, the station reports.

Alberts was arrested and a judge issued a no-contact order, the station reports. The boy’s health has since improved, but he was hospitalized for months, underwent several surgeries and doctors worry they may have missed their best window to treat his leukemia. They say the boy would have died had he undergone cancer treatment while he still had the blood infection.

The Tri-County School district where the woman works told the station she’s been on leave since her husband died in May. Alberts is currently out on bond and allowed to live in Springfield, Ohio.