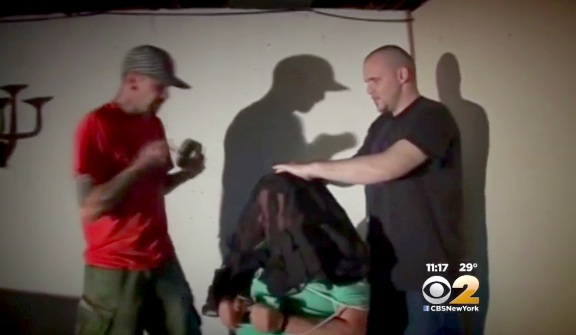 NEW YORK -- Harrowing stories of kidnappings have dominated headlines and captivated the country for years.

But have these, and other cases of kidnapping, inspired a bizarre fascination with the very serious crime?

It's all part of what seems to be a growing trend: kidnapping as entertainment, where people pay to experience what it's like to be abducted, reports CBS New York.

If you search on YouTube, you will find nearly 200,000 videos of users describing their abduction experiences.

"Today I decided to do a story time video and I'm so excited to tell you guys the story of how I almost got kidnapped," YouTube user "onebrushatatime" said.

"Me and my girlfriend were sold to these two guys," Asia Paris said.

Whether these stories are true or not is debatable, said clinical psychologist Dr. Barbara Greenberg to CBS New York. But one thing is for sure -- the sensational nature of the posts attract plenty of viewers.

"This really is a bizarre and very unusual phenomenon," Dr. Greenberg said.

According to Dr. Greenberg, some of the more recent high profile cases may be contributing to the growing fascination -- which even includes a kidnap app.

"That speaks to the high level of risk and sensation that people need to be entertained," Dr. Greenberg said.

Adam Thick, the founder of "Extreme Kidnapping," says his abduction adventures are no different than any other thrill-seeking excursion like sky diving.

"The kidnappings start at $1,000," Thick said. "They are restrained, handcuffed to a pipe, maybe they're duct taped up and thrown in a closet."

The staged kidnappings can last up to four days, but clients have a safe word they can say if they feel like they have endured enough.

But forensic psychologist Dr. N.G. Berrill, who's worked with both the victims of abductions and abductors, told CBS New York that treating kidnapping as a game only desensitize it as a crime -- and may even encourage more cases.

"Any way you cut it; any way you look at it, it's a terrible event that happens in someone's life and can have long-term, permanent consequences." Dr. Berrill said.