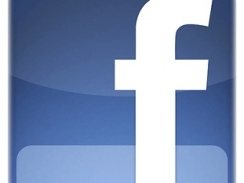 (CBS/AP) SOMERSET, Pa. -- Be careful what you put on Facebook...in case you hadn't noticed!

Three teens from Somerset, Pennsylvania found this out the hard way on Monday. The girls were charged with aggravated assault and other crimes, after a witness recorded their fight and posted it on the site.

Somerset Borough Police Chief Randy Cox said the three girls originally blamed the victim for the March 2nd fight. But that was before the video surfaced on the social networking site. The 14-year-old victim was left with a concussion.

The victim's mother told police that a witness to the altercation recorded the fight on her cell phone and uploaded it to Facebook. She says the witness participated in the altercation, reports the Pittsburgh Tribune-Review.

Two of the charged teens are 15 and another is 13. The names of the girls, who are being charged in juvenile court, are not being released.

In a news conference Monday, Chief Cox said, "this is the first case we've had where the perpetrators have actually videoed their actions. They've made it very easy for us."