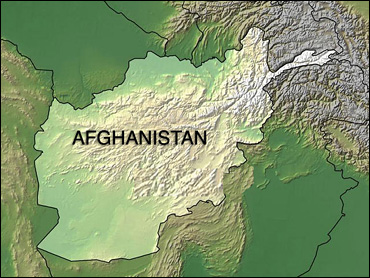 A suicide bomber attacked a police vehicle in southern Afghanistan Saturday, killing two officers, while another attack in the east left one officer dead, officials said.

Two officers and the bomber were killed in the blast, Mulakheil said.

Militants also destroyed an old government compound in the area, he said.

In southwestern Farah province, militants attacked a police checkpoint in Bala Buluk district, and in the ensuing clash three policemen went missing, said Abdul Mubin Rashid, a spokesman for provincial governor. It wasn't clear if the officers were kidnapped or killed in the gun fight.

A suicide car bomber, meanwhile, blew himself up as police chased him in a car, also in Farah province, the interior ministry said in a statement.

Troops raided several compounds in Zabul's Qalat district early Saturday, the statement said. There were no reports of injuries during the raid.

Initially, the U.S. military said international and Afghan troops killed 136 suspected Taliban fighters in the Zerkoh Valley of Herat province, in some of the deadliest fighting so far this year.

However, an investigation by Afghan officials found that 51 civilians died — including women and children — prompting President Hamid Karzai to warn that Afghans can no longer accept such civilian losses.

Adrian Edwards, spokesman for the United Nations mission in Afghanistan, said Friday a separate investigation by its officials found up to 49 civilians were killed and more than 900 families displaced because of fighting.

The Afghan and U.N. officials did not provide details of how they reached their conclusions.

In its statement, the coalition said one of the suspected Taliban commanders killed was a militant from southern Helmand province, released from an Afghan jail last month in exchange for a kidnapped Italian reporter.