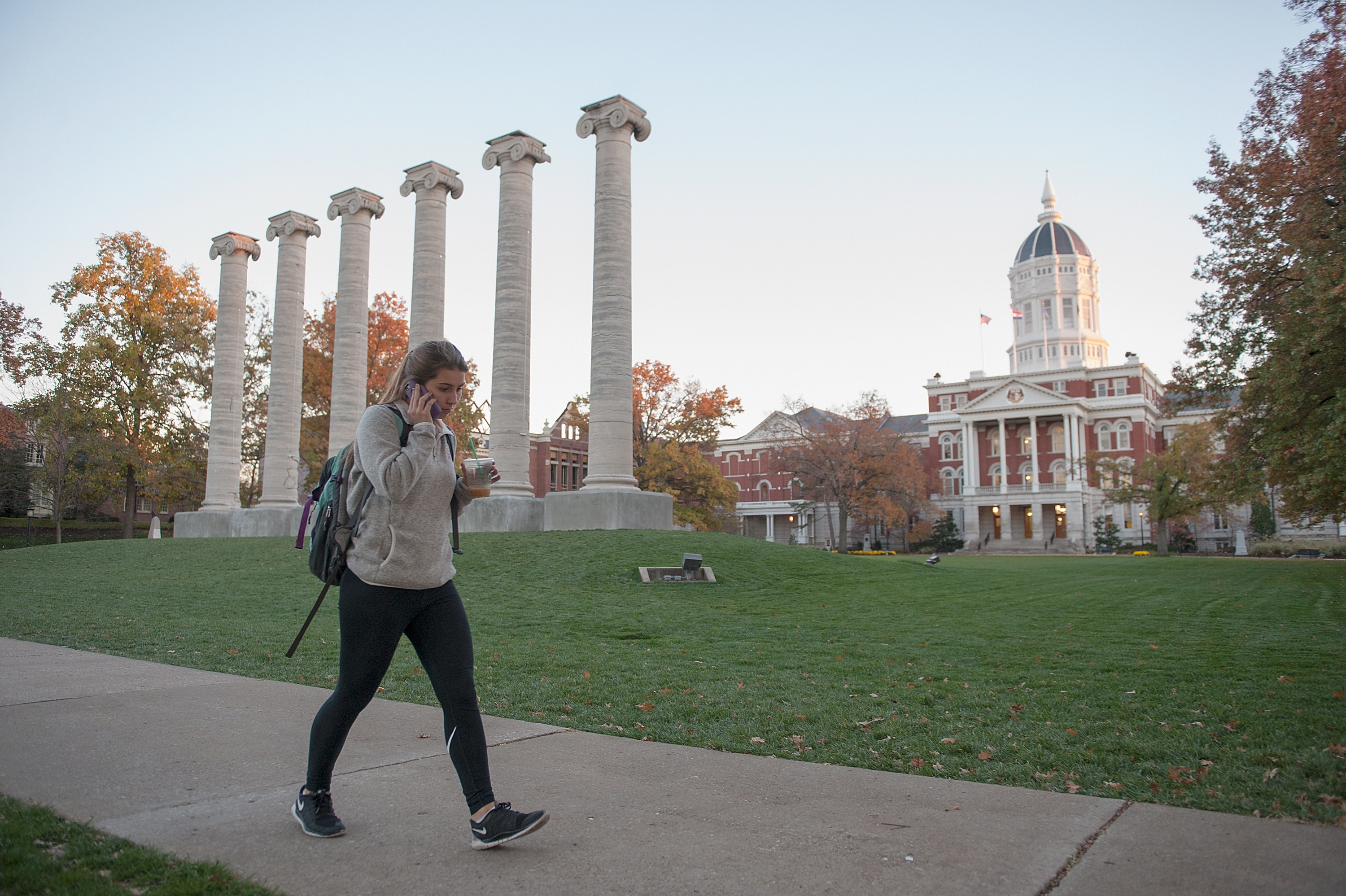 COLUMBIA, Missouri -- This week's events at the University of Missouri seemed to unfold rapidly, with little warning. But some students, faculty and alumni say the protests and sudden resignation of the president and chancellor are the culmination of years of racial tension on the state's flagship campus.

The history of racially charged incidents dates back generations.

When the university denied admission to black law school applicant Lloyd Gaines, the issue led to an influential 1938 Supreme Court decision that helped pave the way for the civil rights movement.

Three decades later, during the unrest of the late 1960s, the Legion of Black Collegians emerged at the university to press for increased minority representation among students, staff and faculty -- a goal student protesters say remains unmet.

And the 2011 suicide of black swimmer Sasha Menu Courey after she was allegedly raped by several football players led some to question the campus commitment to investigating sexual assaults.

"Who built this university?" asked student government President Payton Head. "Who was building buildings in 1839" when the school was founded?

"Slavery wasn't abolished until 1865," Head said. "But we don't talk about that history here at the University of Missouri."

Head's social media accounts of having racial slurs shouted at him from a passing pickup truck helped spark a renewed protest movement at Missouri that culminated Monday with the resignation of university system President Tim Wolfe. Hours later, the top administrator of the Columbia campus, Chancellor R. Bowen Loftin, was forced out.

"I think everyone on campus has a view of what they want Mizzou to be and what it means to them. In recent years these racist acts have happened and it makes you disappointed. Disappointed in your school and who you go to school with," 20-year-old junior Mackenzie Landa told CBS affiliate KMOV at a rally Monday after Wolfe announced his resignation.

As the music swelled and a cheer went up from the crowd, Landa smiled and added, "Then when you see things like this, this is the kind of Mizzou you want to be proud of."

Other students -- and some black professors -- describe incidents of racism, from being targeted with slurs to tense confrontations with campus police over seemingly innocuous matters for which they say their white counterparts receive far less scrutiny.

"It's an inevitabilty," said Delan Ellington, a senior history and anthropology major from Chicago. "I felt lied to. I was led to believe this is a very inclusive campus."

Journalism professor Cynthia Frisby said she was spat at while jogging several months ago by a driver who displayed a Confederate flag on his truck, extended his middle finger and called her racial epithet. Frisby said she was referred to in the same way by fellow faculty members.

On Tuesday, the university named Chuck Henson, a black law professor and associate dean, as its first-ever interim vice chancellor for inclusion, diversity and equity. The appointment follows an emergency meeting of the four-campus system's governing board Monday. The meeting concluded with promises of restoring a "culture of respect" while providing additional, though unspecified, support for aggrieved students and a renewed commitment to bolster minority hiring and recruitment.

Members of the Missouri Legislative Black Caucus met Tuesday with protest organizers, including leaders of the group Concerned Student 1950 -- named for the year the school admitted its first black student. Also joining the meeting was graduate student Jonathan Butler, whose week-long hunger strike led to a two-day walkout by more than 30 members of the Missouri football team. That move thrust the campus turmoil into the national spotlight.

"The issues going on up here are systemic," said state Rep. Brandon Ellington, a Kansas City Democrat who is the caucus chairman. "This is something that didn't happen overnight."

The meeting with students was held in the Gaines/Oldham Black Culture Center, a main gathering spot for black students named after a civil rights pioneer who successfully sued to gain admission to the segregated University of Missouri law school but never enrolled. Lloyd Lionel Gaines disappeared in a 76-year-old mystery with little likelihood of being solved.

The university that denied him admission to its law school honored Gaines with a posthumous honorary degree in 2006. The Missouri Bar awarded Gaines an honorary law license that same year.

The U.S. Supreme Court ruled that the state had to either admit Gaines or establish a separate law school for blacks. Missouri chose to create a bare-bones law school for blacks in a former St. Louis beauty academy, leading Gaines to move north and earn a master's degree in economics from the University of Michigan. He was last seen leaving a Chicago boarding house in 1939.

One of Gaines' attorneys from the National Association for the Advancement of Colored People was a young Thurgood Marshall, who would go on to argue the landmark Brown vs. Board of Education desegregation case in 1954 before spending 24 years as a Supreme Court justice.

When unrest began to mount this fall, the university scrambled to respond, announcing plans in early October to offer diversity training to all new students starting next semester, as well as faculty and staff.

On Friday, the now-former chancellor issued an open letter decrying racism after a swastika smeared in feces was found in a campus dormitory. Loftin's delayed public response drew condemnation from Jewish student groups and a coalition of 35 organizations, on and off campus.

Among other recent events, members of the Legions of Black Collegians, whose founders include a recently retired deputy chancellor, said slurs were hurled at them by an apparently drunken white student while practicing for a homecoming performance.

Resentment of Wolfe escalated after black protesters blocked his convertible during the homecoming parade and subsequently criticized the university leader for not speaking with them.

Protests again flared Tuesday as hundreds gathered in the shadow of Jesse Hall, the main administration building, for a graduate student-led rally.

State Sen. Maria Chappelle-Nadal, a Democrat from suburban St. Louis who was active in protests after Michael Brown's fatal police shooting in Ferguson by a white officer, said the attention to race relations at the 35,000-student university is long overdue.

"If the football team did not make a position over this," she said, "this would have been a long, drawn-out event that would have further embarrassed the state of Missouri."