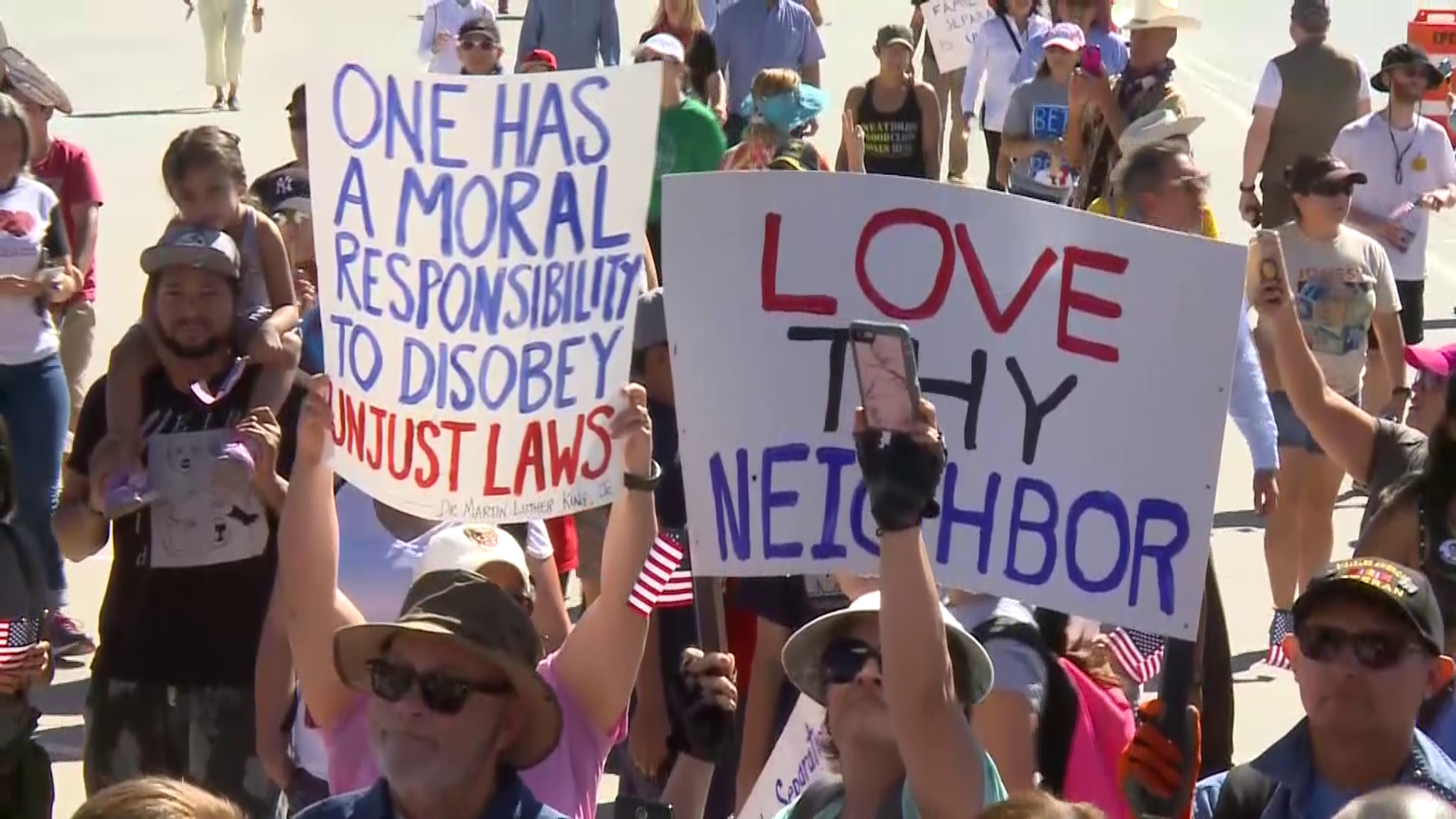 TORNILLO, Texas -- A newly-opened "tent city" along the Texas border is now at the center of the national immigration debate. The camp is housing teenage boys who illegally entered the United States -- unaccompanied by an adult.

They're being moved there to make room at shelters for a growing number of migrant children who were separated from their parents under the Trump administration's "zero tolerance" immigration policy.

Thousands of protesters chanted and held signs Sunday, demanding the Trump administration stops separating children from their parents at the border.

The march was organized by Democratic Congressman Beto O'Rourke.

This federal detention facility in rural El Paso is being used to house "unaccompanied minors."

"My husband just said 'it's been a long time since I was in a protest march -- back when we were protesting against Vietnam,'" Jane Boyd told CBS News.

"It's facilities that you would see if you went to any kind of natural disaster site, tents like the U.N. uses," said Rep. Will Hurd, R-Texas.

Hurd has been inside the encampment, currently housing 16 and 17 year-old boys.

"There are 20 kids per tent, there's two adults in the room," he added.

"My constituents that are outraged ... they should know that I'm outraged too," Hurd said. "What's happening in Tornillo is a symptom of a larger problem."

For now, the tents are considered overflow and occupants are being moved to them from other shelters.

The Department of Homeland Security numbers show that over a six-week period, nearly 2,000 children were separated from nearly as many adults.

Despite a number of requests, CBS News is not being allowed inside -- not even near the perimeter of the facility. Officials said there are 200 kids inside now, but at capacity it can hold up to 4,000 children.