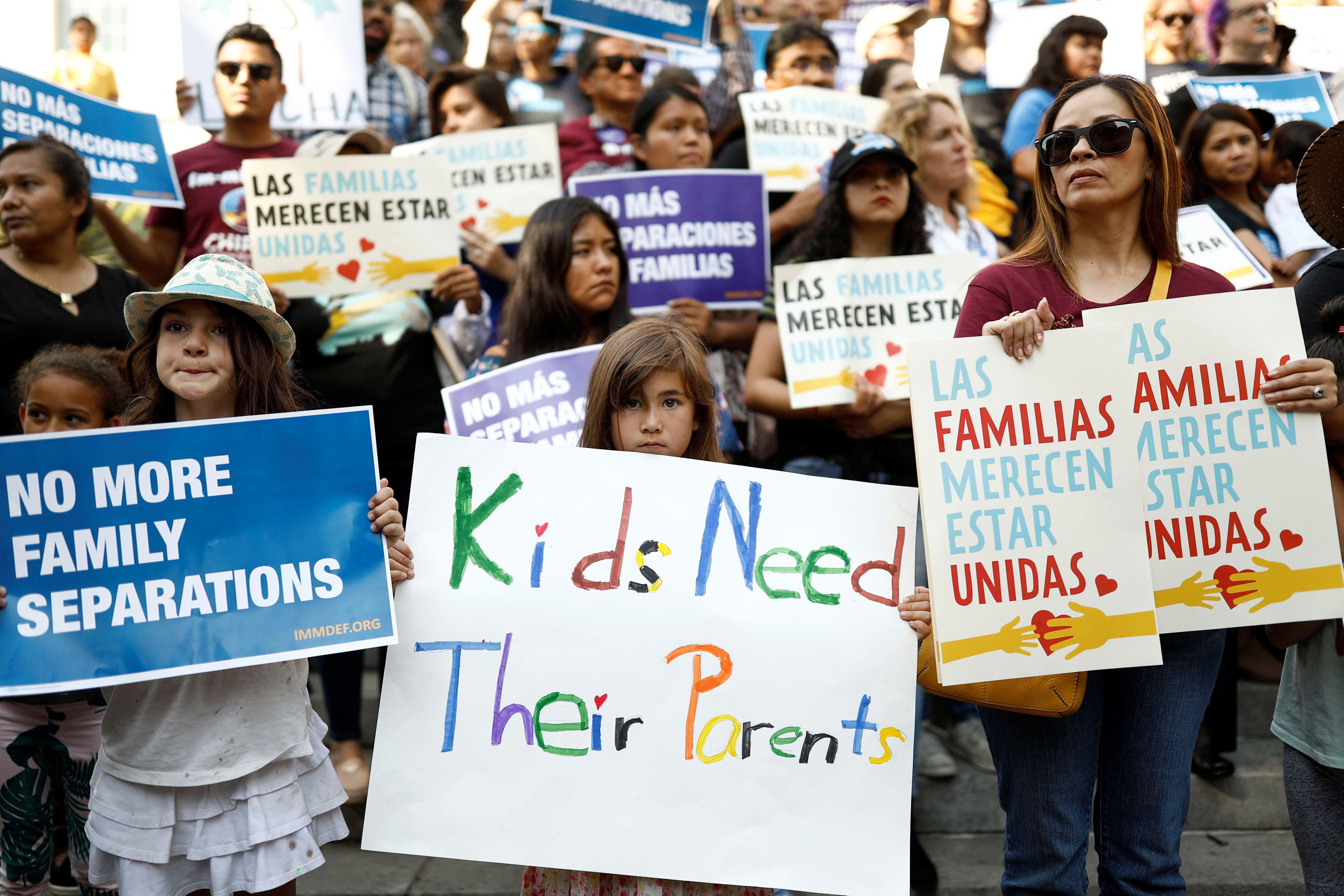 WASHINGTON -- From April 19 to May 31 this year, 1,995 minors were separated from 1,940 adults at the U.S. border with Mexico, a Department of Homeland Security spokesperson said Friday. An age breakdown was not provided.

The figures included separations for illegal entry, immigration violations, or possible criminal conduct by the adult, and they took place during a crackdown on illegal entries.

Under a "zero tolerance" policy announced by Attorney General Jeff Sessions, Department of Homeland Security officials are now referring all cases of illegal entry for criminal prosecution. U.S. protocol prohibits detaining children with their parents because the children are not charged with a crime and the parents are.

The policy has been widely criticized by church groups, politicians and children's advocates who say it is inhumane. A battle in Congress is brewing in part over the issue.

On Thursday, Sessions cited the Bible in defending his policy, arguing the recent criticisms were not "fair or logical and some are contrary to law."

"I would cite you to the Apostle Paul and his clear and wise command in Romans 13, to obey the laws of the government because God has ordained them for the purpose of order," he said.

The new figures are for people who tried to enter the U.S. between official border crossings. Asylum seekers who go directly to official crossings are not separated from their families, except in specific circumstances including if officials can't confirm the relationship between the minor and adults, safety of the children, or if the adult is being prosecuted. There were an additional 35 minors separated at ports of entry in May through June 6. There were more than 50 at the official crossings in April and March each, according to the figures.