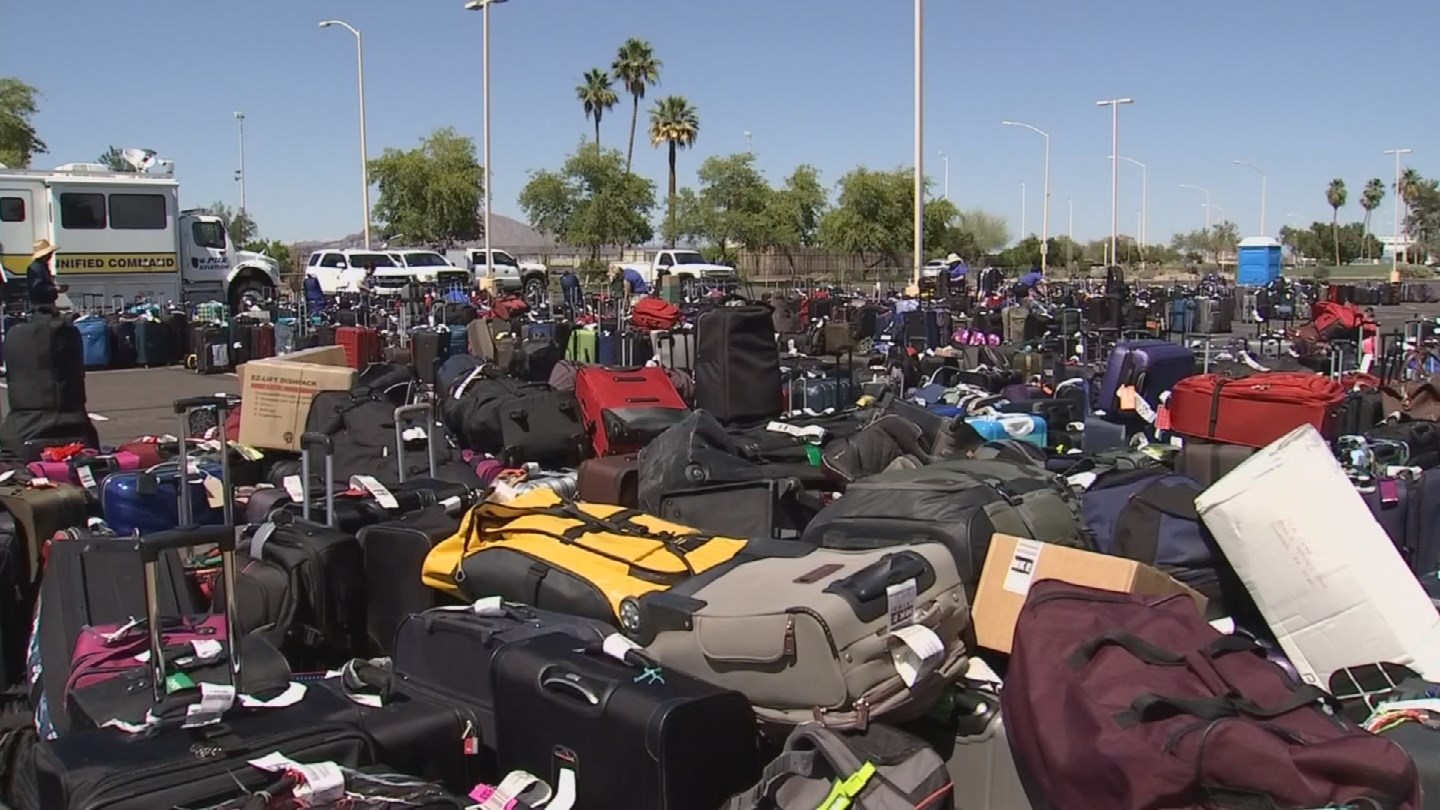 PHOENIX -- More than 3,000 checked bags missed their outbound flights in Phoenix on Thursday because of a problem with a screening system at Sky Harbor International Airport, officials with Transportation Security Administration said.

Melendez didn't elaborate on the problem, which began about 6:45 a.m. and only affected Sky Harbor.

There was no immediate timetable for the problem to be fixed. But Melendez said TSA hoped to be back online shortly and that it wasn't a safety issue.

"TSA is working diligently with our airline and airport partners and using alternative screening tools to screen bags, though that method are not as efficient as our automated system," Melendez added. "TSA is currently bringing additional canine units from other airports and bringing in network specialists to address the situation and keep passengers safe and screen all bags."

According to the TSA, the inline baggage systems handle the bulk of checked luggage. When everything is working properly only about 10 percent of all checked bags are hand-searched by TSA officers.

"It's very stressful because I hope everything is still there that I packed because they're hand-checking it, number one, and number two, that it gets there on time," traveler Mindy McLarren told CBS affiliate KPHO.

Julie Rodriguez, a Sky Harbor spokeswoman, said the problem existed in all three of the airport's terminals and passengers were being advised to avoid checking luggage if possible.

"We are not seeing widespread flight delays, but many checked bags are missing flights," Rodriguez said.

By Thursday afternoon, hundreds of bags had piled up in a parking lot that is usually used for special events, KPHO reported.

"These bags will be driven to nearby airports... screened and then flown on to their destinations," Rodriguez told KPHO, emphasizing that the process is safe and urging travelers to "bring on what you need for the next few days."

The "nearby airports" that will handle the backed up baggage are in Los Angeles, Las Vegas and San Diego -- all five- or six-hour drives away.

Sixteen airlines fly in and out of Sky Harbor, which is one of the nation's busiest airports. Nearly 4.3 million passengers traveled through Sky Harbor in March, making it the airport's busiest month ever.