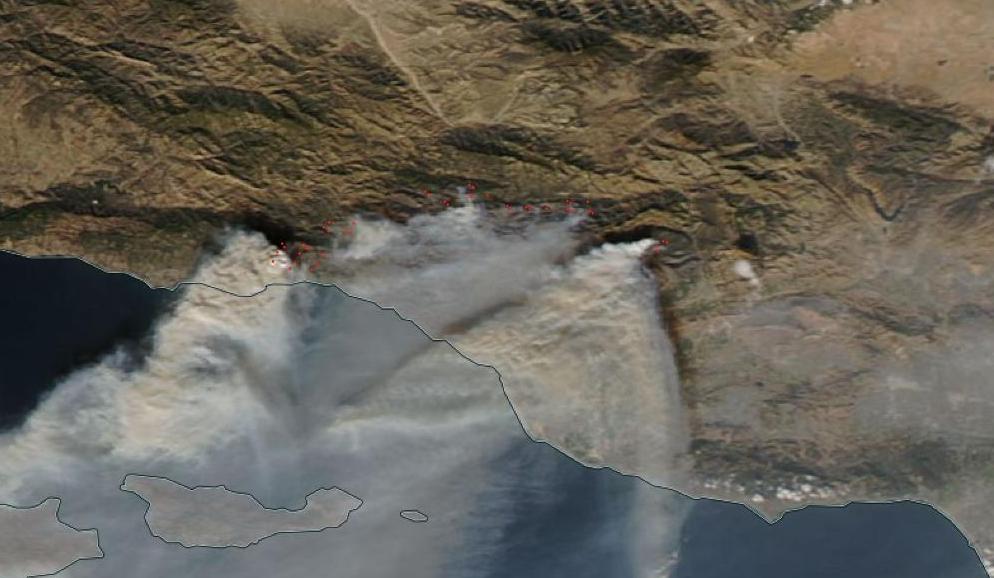 LOS ANGELES — Satellite images from NASA show remarkable progress on the Thomas Fire over the past three days. On Dec. 16, plumes of smoke were seen along the coast with several spots of fire. By Dec. 19, most of the smoke and fire is not visible from space.

However, as CBS Los Angeles reports, after a welcome lull in powerful winds that drove the massive Thomas Fire, crews braced for the return of potentially dangerous gusts that could revive the flames Wednesday.

"We are still on guard," fire information officer Rudy Evenson said. "It's been a very unpredictable fire and we just don't know what these winds are going to do."

The Thomas Fire, which broke out Dec. 4 in Santa Paula, is now the second-largest in California history. As of Wednesday morning it was holding at 272,000 acres and 60 percent containment. Officials said the new winds could cause it to grow into the state's biggest fire ever.