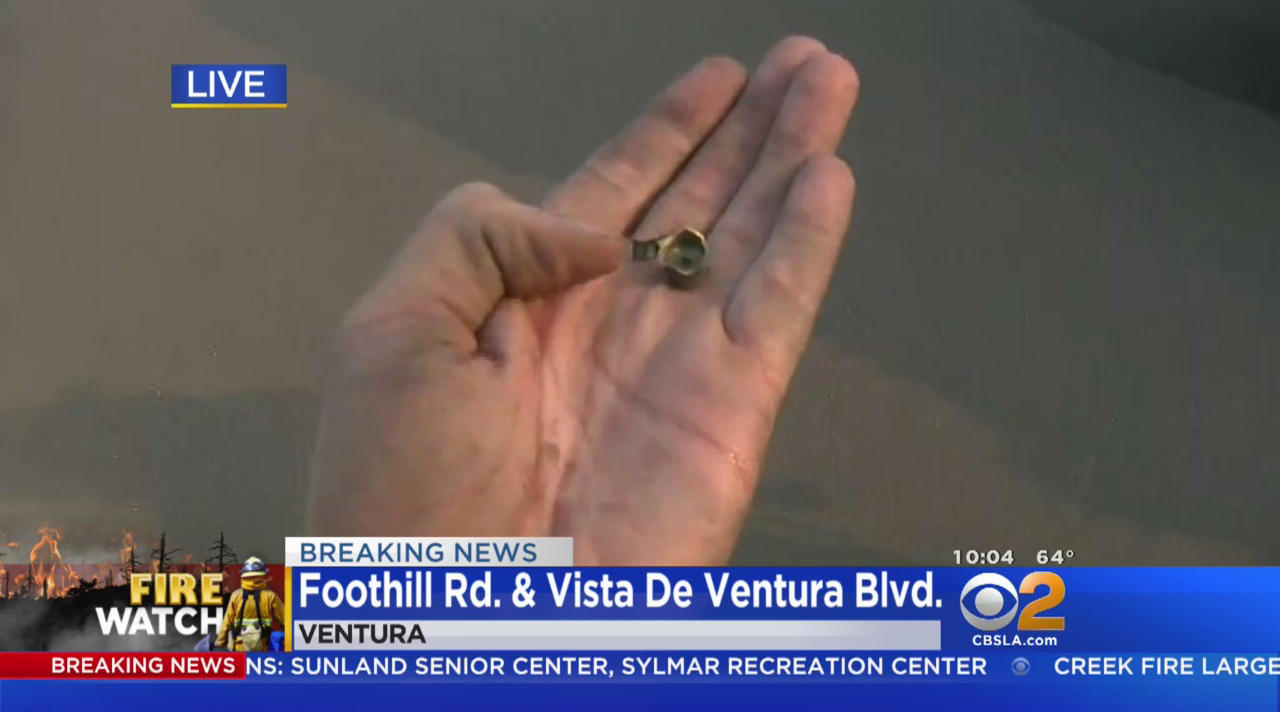 VENTURA, Calif. -- The dangers of getting too close to a burning home were evident to a CBS Los Angeles news crew on Tuesday. Reporter Kara Finnstrom said that photographer Nathan Furniss was hit in the chest by ammunition flying out of a burning home as he approached the structure.

Furniss was not injured.

Finnstrom and Furniss were in a Ventura neighborhood that was being enveloped by the so-called Thomas Fire in Ventura County.

Finnstorm said that the incident was one of the dangers that firefighters were dealing with while battling the blaze. Earlier in the morning there were gas leaks in some neighborhoods.

The winds made the battle from the air difficult, putting extra reliance on ground crews. A total of 1,100 firefighters are on the front lines. Low water pressure, the result of high demand, has caused some hydrants to periodically run dry.

Dylan Chappell returned to what's left of his home.

"Obviously I'm emotional," he said, "but I'm just kind of, like, wow, it's all surreal at the moment."

At around 6:30 Tuesday night, the winds started to die down, but the fire continued to burn, slowly and relentlessly.

The fire has left almost 50,000 customers without power in Southern California. Cindy Harber stood and watched the hillside burn behind her home as she got ready to evacuate after living there for about 40 years.

"Five generations in this house," she said.

A different CBS Los Angeles news crew helped with horse evacuations as flames overtook a ranch in the area.

"This is the start of a multiple-day weather event," said Los Angeles Fire Chief Ralph Terrazas, "so we're not through this yet."