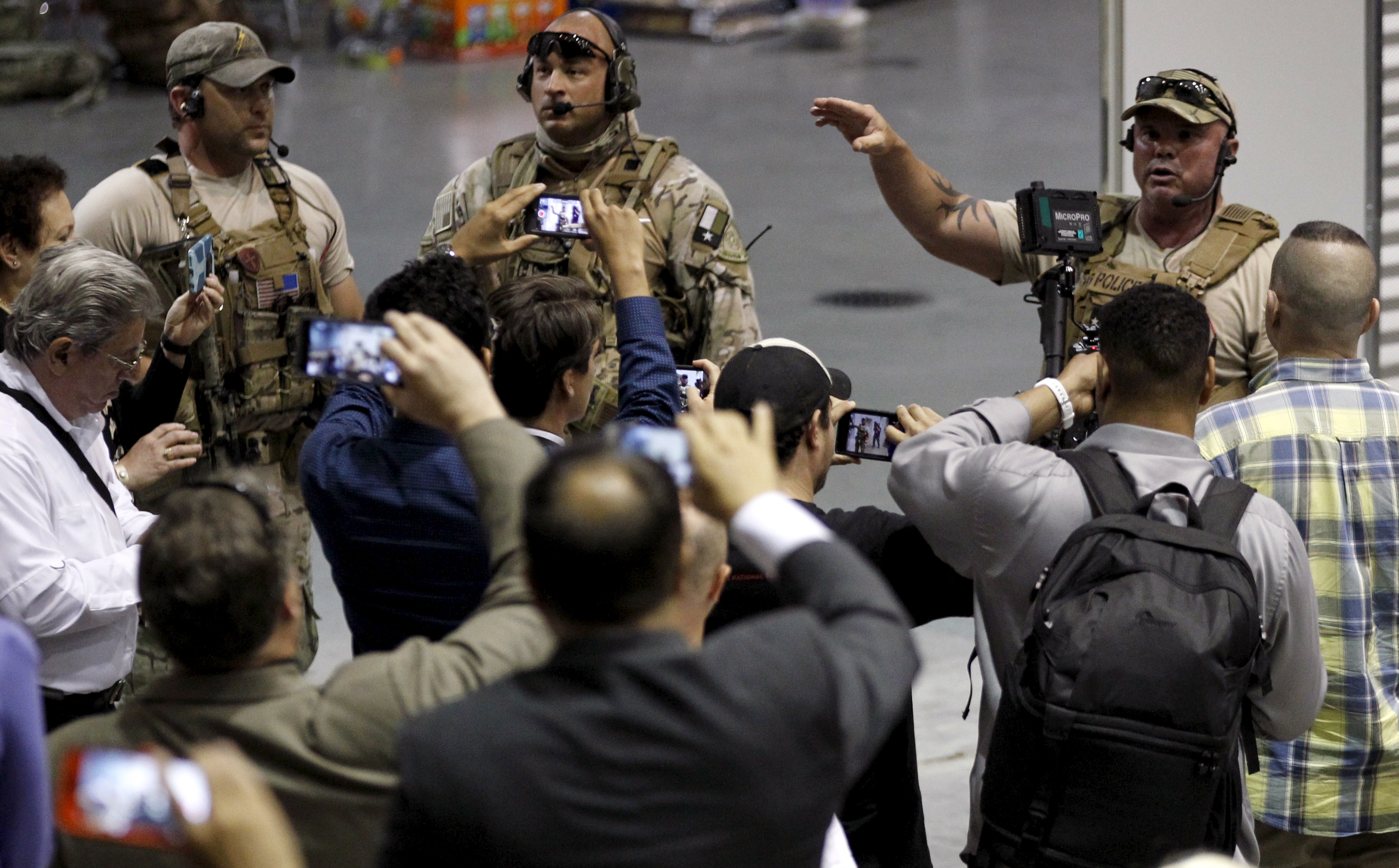 Two gunmen were killed yesterday after opening fire on a security officer outside a provocative contest for cartoon depictions of the Prophet Muhammad in Texas, and a bomb squad was called in to search their vehicle as a precaution, authorities said. Ahead of yesterday's conference, the Council on American-Islamic Relations said the meeting was a "clear attempt to bait the Muslim community," reports CBS News Correspondent Omar Villafranca.

Sherpas at Mount Everest have refused to rebuild the route up the world's highest mountain, destroyed by the devastating earthquake just more than a week ago. The move will likely mean an early end to this year's climbing season. The death toll from the disaster in the Himalayan nation has risen to more than 7,200, meanwhile, and CBS News Correspondent Seth Doane reports residents in Nepal's battered capital city are still picking through the rubble, trying to recover what they can.

The royal baby, her name -- if she has one yet -- still a mystery to the world, is fourth in line to the British throne, and a second child for proud parents the Duke and Duchess of Cambridge. CBS News Correspondent Elizabeth Palmer reports Queen Elizabeth herself, now 89, hasn't met her great granddaughter yet, but she's about to.

On Friday evening, hours after six Baltimore police officers were charged in the death of 25-year-old Freddie Gray, another of the city's police officers reflected on the turmoil surrounding the case as he and his wife prepared to put their young baby to bed.

After a week that saw both peaceful protests and riots over the death of Freddie Gray in Baltimore, many say both investment and better police training are needed to address the longstanding tensions between police and citizens of the city. Cornell William Brooks, the president of the NAACP, said on CBS News Face the Nation, that there needs to be economic investment in cities like Baltimore.

Schieffer on the great divide

It is the great wrong that we have been trying to make right since the founding of this country: the racial divide between black and white. The laws were changed, but in too many places not the attitudes. I will always believe that people of good will on both sides want us to be one country, one great community where the whole is greater than the parts.

It's rare for a person with no political or military experience to gain much traction in a run for the presidency of the United States. Rarer still - even unprecedented - for a black neurosurgeon to become an American political star, but nothing about Ben Carson's quick rise to prominence in the GOP has followed a typical path.

Every minute, 300 hours of videos are uploaded to YouTube, which claims more than one billion users worldwide. It's CEO Susan Wojcicki's job to try and turn all those clicks into cash. CBS This Morning host Norah O'Donnell reports, Wojcicki did it once as the principal architect of parent company Google's ad program.

Virtual reality is about to enter the operating room. The breakthrough technology is being introduced Monday at a gathering of neurosurgeons in Washington, D.C. Only on "CBS This Morning," Kara Finnstrom gets a sneak preview from the inventors in Southern California.

The recent announcements that former Federal Reserve Chairman Ben Bernanke has accepted a position as a senior adviser at Pimco and a similar position at hedge fund Citadel have raised questions about whether the "revolving door" between government and private sector jobs ought to be restricted.

Johannes Stoetter's images of models covered in vegetables and fruit, or painted to blend into their environments, are remarkable instances of camouflage as art. CBS News Correspondent Elizabeth Palmer learns firsthand how it's done.

Herschel Walker won the Heisman Trophy in 1982. He went on to become a superstar in the NFL, playing for the Dallas Cowboys, New York Giants, Philadelphia Eagles and other teams. Now, Walker's 15-year-old son, Christian, is picking up the family tradition of extraordinary athleticism, but in competitive cheerleading. CBS News Correspondent Jan Crawford sat down with the father-son duo, who say football and cheerleading have more similarities than you might think.

GOP's point man on poverty weighs in on Baltimore

How the workplace contributes to America's expanding waistlines